Does *.doc malware run on OpenOffice in Mac?

What if I open one of those word documents the dodgy people send me?

Please open the attached document. It was scanned and sent to you using a Xerox Multifunction Printer.

Does this crap work on Mac? I wanna see the document.

That would depend on how the exploit is written. If it is macro that loads code based on the OS and has both macros for both MS word for mac and Open Office then it could be a possible injection vector. Just to tell you most of the time they just use some generic file they pull of the internet and won't have anything important in it.

What if I open one of those word documents the dodgy people send me?

why would you be interested in doing so in the first place?

Just throw it away.

Yes that sort of stuff does work on mac, same stuff as with the browsers.

I agree, Why would you even open it. On the other side of it, It really depends on the malware. There isnt much malware on the OSX side. Most malware is meant to run specific commands on Windows, so any attempt in OSX would automatically make it fail.
If it was browser based, then it will still install the same add-on and do the same damage as a Windows machine

Couldn't you just change the extension to .txt and see if there's text in it? Or does .doc not convert to .txt properly

You are correct, doc files cannot simply be converted to text files just by changing the extension. Here is an example of a .docx file loaded in the Atom text editor and as you can see it cannot parse the file correctly. 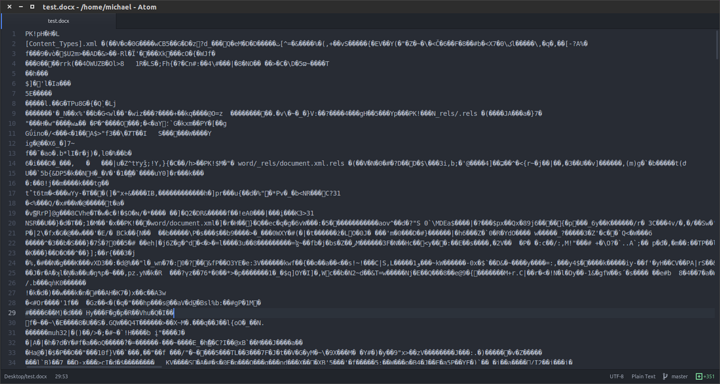 But you could just open the doc file with an archiving application such as this: 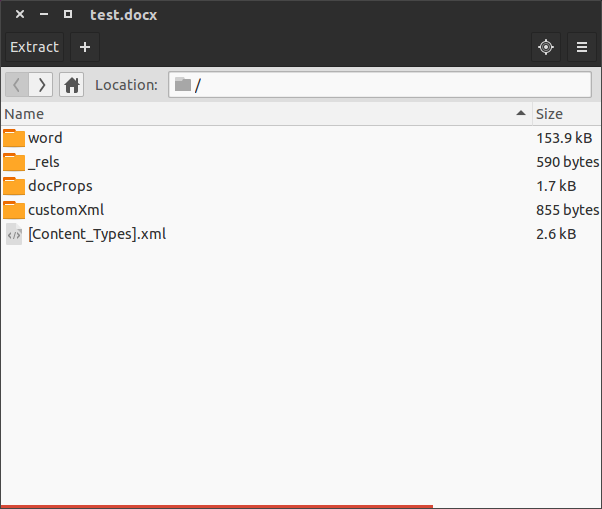 why would you be interested in doing so in the first place?

Just throw it away.

You do not gain the knowledge about security breaches until you learn and understand about it.

This is true.
Though I'm not sure if you're supporting, or disputing my conclusion. : )

The file in question is a .doc not a docx meaning this method won't work. A .doc file is a Binary File Format you want to look inside of it a hex editor would be the best option.