It happened again yesterday, but I got a 'fatal alert code 20' from schannel, 1 hour before then.

I am usually running a bunch of stuff when it happens (music, two separate games, and internet), though not always.

Anyway, it doesn't blue screen - it just reboots itself.

That's ssl. If I I did my research correctly, that is not causing the rebooting.

That's ssl. If I I did my research correctly, that is it causing the rebooting.

Well yeah its an SSL problem for error code 20, but for error 43, its a problem with not enough power in the system.

The only way to know for sure if the PSU is dying is to test it. This is not always as straight forward as it might seem. If you have a known good PSU, of adequate wattage, try using it and see if something changes.

Or, drag out the multimeter and test your PSU. Just keep in mind, a simple multimeter test will not show you everything.

This is why PSU problems suck to diagnose. That being said, do the work to determine what the problem is. Don't just throw money at it.

I don't have a spare good PSU. Also, my computer doesn't boot up when I plug it in without the power strip.

Finally, I don't know what a multimeter is or how to use one. >_>

Also, my computer doesn't boot up when I plug it in without the power strip.

This leads me to believe that the computer is getting dirty power. I would go for the UPS before a powersupply because of this.

Interesting! I await other people's opinions on this.

It leads me to wonder why my power strip isn't working the way it should. It did fine for the past year. :/

It leads me to wonder why my power strip isn't working the way it should. It did fine for the past year.

For power problems I usually remove the power strip first. You said your PC wont even boot without the power strip...that makes no sense logically. Have you tried an extension cord? If you have one, connect it to another power outlet just for the PC not the power strip.

Unfortunately, I have no extension cord. However, I could test the power strip somewhere outside of my apartment?

Well I tried my best impfireball. I dont think I can help you.

I guess I'll try to test the powerstrip outside my apartment then. Beyond that, I'll just get a UPS and be done with it.

Do you have another walloutlet you can hook it up to and see what happens?

That's bizarre. Any of your other devices act up around the house, or that specific outlet? Wondering if your outlet(s) arent properly earthed and/or crappy power delivery..

My previous apartment had some really dodgy electricals; it claimed a PSU and a Motherboard. I now use UPS's for all my expensive components, and haven't had an issue since (8 years)

Edit: Not sure if you have a budget, but if you do decide to go the UPS route, this one is solid for $125: 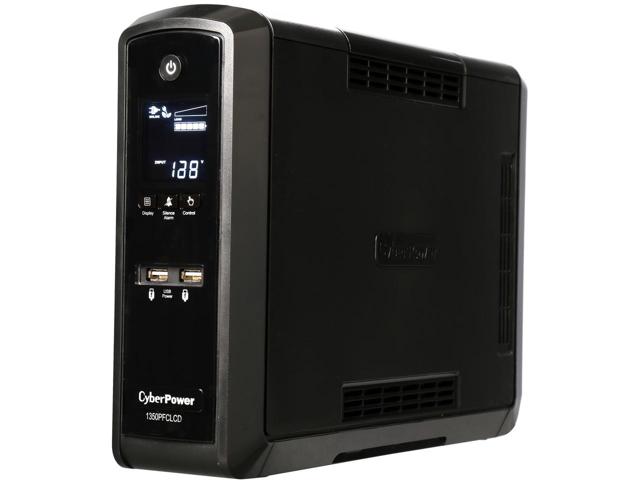 You dont have to get a UPS per se, they make power conditioners (essentially a 1:1 transformer) which are cheaper. They can be had at just about any music store. A UPS is still a "nice to have" thing though. I get the dead ones from work an put new batteries in them.

I would say that if you care about your hardware its worth it to have either.

Get everyone together sign a petition or whatever and ask the landlord to fix the electrical/power/whatever is the proper wordage for whatever it is that is wrong.

Outside of a reverse polarity plug or lack of ground there's not much a landlord can do about power quality. I'm also not convinced about the quality of cheap transformer coupled power conditioners. You get what you pay for.

I'm also not convinced about the quality of cheap transformer coupled power conditioners.

What about them would you deem less quality than a cheap UPS?

Nothing, the word cheap is the point. I run a cheap UPS but for the battery not the conditioning because I live in an area with generally stable power. If you need clean power cheap is not the way to go.