Do good 5.1 speakers even exist?

As the title suggests, I've been frustrated with my experiences so far with 5.1 systems. I've used a few here and there, but the only 5.1s I've actually owned are the Logitech Z506. You may have heard that this set was rubbish, and it kind of is. The sound is great but my first set's subwoofer went out 2-3 months in. Logitech replaced the entire thing promptly and their customer service was amazing, but, again, 8 months later the replacement Z506's subwoofer is all but dead now. Besides that, I've never been able to get this system to actually play 5.1. With all 3 cords, the rear speakers don't even play. With just 1, they all play but the rear ones sound really sketchy and the surround sound part of, well, surround sound doesn't happen. I've searched this extensively and 5.1 systems seem to be a problem for a lot of people, not just 506 owners.

My question for you guys is that, is there a good, affordable 5.1 out there? I pretty much have to replace my 506 at this point. I've found some 5.1s for $150-$200 that I can't even consider because, while they have great reviews and seem to pack the punch I'm looking for, these didn't even have input cables. Just bluetooth. My computer has full analog out (green/black/orange) and optical out. I don't need special features of any kind. I just need 5 speakers and a subwoofer that won't die in a year that can work with analog or optical input. Or should I just buy a good, standalone subwoofer and plub my 5 speakers from my 506 into it (assuming the sub works with analog and VGA[for right front, volume control speaker])?

when it comes to surround sound, the all in one packages are usually the worst way to go. A good surround sound system is not cheap either. If you want a halfway decent surround sounds system you will easily break the $1k mark.

There are absolutely decent speakers. I always find good PC speakers a challenge. might be a bit expensive but to get what you might be looking for you might have to venture into home cinema set-ups, with an amp that accepts a 5-7.1 analogue input, feed the amp with 5-7.1 LPCM over HDMI( which is my preferred method) or optical.

My speakers are a good 7-8 years Tannoy SFX 5.1 package that set me back £140 but are still going strong, My Denon AVR1910 was £150 which I brought later to get HDMI audio support.

What do you think the best solution would be for me? Like I said, I have two sets of five speakers from my two Z506 systems and the dead subwoofer and the almost dead sub. Is trying to find a good subwoofer and using one of my sets of five practical? Or should I just try to find another, much better all in one? The problem I have is that I don't have a crazy amount to spend on this right now, especially with other problems that have arose.

By real passive speakers, sub and a receiver run your computer through HDMI.

Do you have a home theatre set in mind? I've generally avoided the home theatre route because it seems to be an instant price jump. And like I said, i don't need or even want any special features. 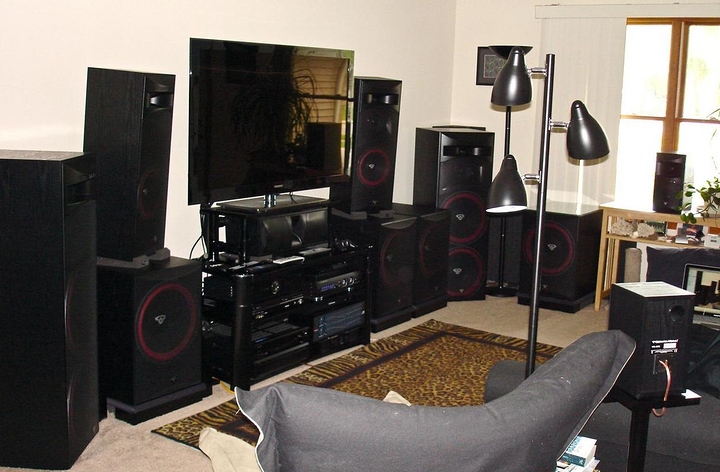 Wow... That would be amazing, but is far outside my price range right now.

look at the Alex Jones set by pioneer or Mono price has an ok one as well.

for the receiver go Denon, Onkyo, Pioneer or Yamaha.

Audio is pretty much audio so you can just go look at use stuff on ebay/craigslist. Speakers and subs don't really go out of date and long as you find a receiver that does HDMI you should be fine

I concur with the general statement that PC speakers are usually pretty bad, but they are cheap.

On the other hand however, HT ain't cheap. A basic standalone 5.1 receiver will cost ~$200 at a minimum for example.

The third option would be something like a home theater in a box (HTIAB). These are nice because it's an all-in-one package so you'd all five speakers, a sub, and receiver. Unfortunately these aren't all that cheap either because they tend to start at around the $400 range.

I figured this would bite me in the ass. Well... what do you think of trying to find just a subwoofer and using my speakers from the 506 set until I can actually get a HT system?

See if you can find anything used like I said audio doesn't really go out of date.

I'll look into it. I was wondering how crazy of an idea it would be before I tried it.

if you are strapped for cash I would just rock some headphones and maybe save up for a system. Or if you have some speakers laying around use em for the time being.

That's actually pretty easy because subwoofers have their own amp built in most of the time.

There's actually a video linked in the Dayton Audio 8" link that shows an easy way to properly setup a subwoofer.

Thanks for the replies, everyone. The last year has taught me a lot of dos and don'ts in terms of hardware. I'll work the problems from here, but while we are on the topic of sound... Google Chrome is not playing sound, again. I had this problem the last time I had to reinstall my OS, but I can't remember what I did to fix it. If anybody knows a thread here that covers something not obvious in the hundreds of other threads online, or if you want to ask about it here, that'd be great.

Disregard my last post. I stumbled upon something that fixed so many problems I've had with my 5.1 system. I still fear for the longevity of this system and am glad I have some advise from here to go on for a future purchase, but for the time being it will hold.

Those speakers make your room look really small or that room is way too small for those speakers, I can't decide which it is.

Unfortunately not mine :P I have the same speakers, just not as many of them :P

Considering that they're essentially PA speakers, that room is definitely too small. 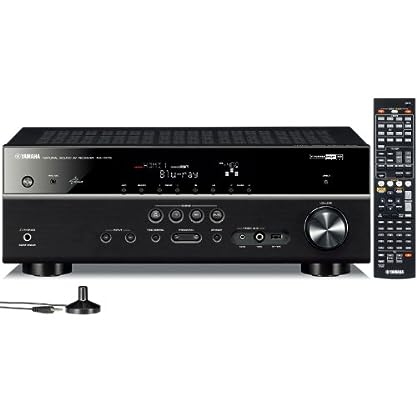 
works via hdmi and or optical
speakers are klipsch quintet II's line,
but id reccomend a bookshelf set like theese as well
http://www.newegg.com/Product/Product.aspx?Item=N82E16882780029 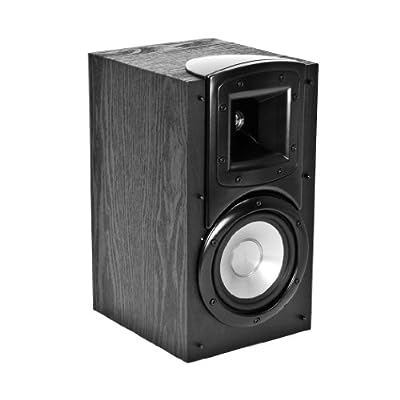 The Klipsch Synergy B-20 proves big things, and truly big and bold sound, can come in small packages. With over 60 years of legendary performance and design expertise in Home Audio, Home Theater and P ...