So first off, i’d like to say the only way I got my FreeNAS box up and running was following a youtube video step by step and had some issues. So i’m looking for a start to finish guide for running some sort of DNS level add block on my FreeNAS machine. Can’t seem to find a youtube video to follow. Can anyone point me in the right way to get started?

Pi-Hole could theoretically work natively on FreeNAS, but seems like the devs are not motivated enough to make that process smoother. If you don’t want to go through that setup pain, you can either install in a VM, or try using docker. 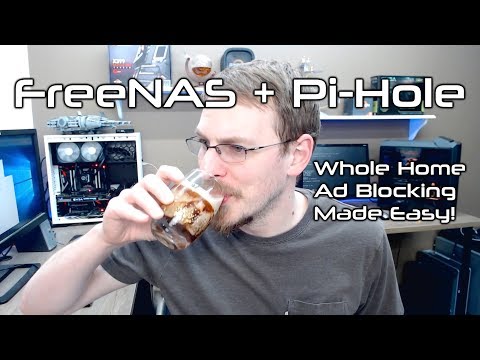 Hmmm I may just buy a pi to do this. I could just barely get the NAS up and running as it is and I’d hate to mess with it and take it off line.

Hmm, confused, why would adding a VM be taking it offline?

Just install a base Linux OS like Fedora silverblue and run freeNAS and pfsense side-by-side in VM’s. There are very detailed official tutorials on how to do so.

More so i’;m scared i’d mess it up the NAS messing around in the settings

What would pfsense do for me? Right now I use the wifi6 router I got with my fios connection but I do plan to change that out as I get settled so I can have more control of my network. Plus I want to add security cameras so i’ll need to setup my second nas as a video recorder

What would pfsense do for me?

Pfsense gives you a massive amount of tools to work with and customize your home network for your needs. You can cache frequent downloads on a hard drive to reduce bandwidth usage, you can run a network wide adblocker, you can isolate one wifi network to a VPN and run a secondary wifi network as a DMZ for things that don’t work with VPN, like Netflix on a fire stick. You can pipe all your cameras through their own secure WiFi network that is offline so the cameras won’t be vulnerable to internet attacks. An old i5 desktop PC with a few gigabit Intel nics could handle gigabit internet and LAN speeds (your freenas server would be lightning fast) and can handle strong encryption protocols for openvpn. You can create a very secure network with pfsense.

If you run pfsense I would configure whatever consumer router you have in to a wireless access point for pfsense. If you can run openwrt on the consumer router that’s even better, and makes the configuration much easier.