Hi guys. I've tried many distros that are out there, but I have always been coming back to Linux Mint. I would like to move on to something more advanced. I've used Arch and it was fine, but my GUI was buggy and I really hated yaourt.
I'm looking for something that has more up to date software but is fairly stable. Sabayon was great at it, I really loved it, but I found it difficult to learn since I went more into the terminal.
I want something that can widen my Linux knowledge in many ways, but has a fairly good wide-spreaded knowledge about how to get things started. I've been mostly using Debian/based distros and I really got used to it.
And here is going to be the most difficult one. I've tried all desktop environments over there, and I'm completely in love with Cinnamon, which is the best DE ever IMHO. I can't replace it with anything else, so I need it to be available in a pretty decent version.

packer is what all the cool kids use now-a-days.

As for a "semi-advanced" distro... what about Fedora or it's derivatives? (korora to get all the proprietary stuff like flash or whatever).

I use Fedora at work... I don't like it as much as Ubuntu or Arch, but it does give that up-to-date feeling that Ubuntu lacks with the "we'll take care of all-the-things" that Arch lacks.

You really don't have to change your distro to get deeper into something. it's mostly the same software anyway…

What @swick said is true. You can probably go into depth with every distro.

That being said maybe you would like to try Manjaro and OpenSUSE that might suit your criteria. You can install Cinnamon on everything anyway.

Yeah, you can actually do some really cool stuff with Mint if you get in there and tinker. The biggest way Mint and Ubuntu are different from Debian is the software sitting on top of the underlying system to make it easier for new users.

Try Ubuntu Server or Debian with no DE if you wanna learn server magic. Mint is basically Ubuntu with extra software, so if you're familiar with the terminal in Mint then you'll be fine, and if not (or if you're just lazy like me) use Webmin for everything :P

If you wanna try a lot of distros definitely look into Proxmox, VirtualBox, or some other type of virtualization. That's a great way to fiddle with stuff without having to be too worried about breaking your daily driver machine.

On a more random note, I also second the "Try Fedora 21" comment, because I tried it after basically only using Debian-based stuff and I loved it. It is fantastically easy to deal with even out of the box, and you can still tinker with it without too much "Are you really really REALLY REALLY ABSOLUTELY sure you wanna do this?".

Personally, I would recommend openSUSE. SUSE was the platform that I started learning Linux on years ago, and I still use it today for the unique features it offers including: effortless snapshots and update rollbacks, powerful GUI tools, support for many DEs (including Cinnamon), the Open Build Service, and a great package manager. openSUSE is also available in a rolling release version called Tumbleweed, so you might want to check that out too.

I recommend Debian, CentOS; if you feel bad-ass Slackware.

At the risk of sounding glib, it kind of depends on what you want to do (apologies). Unix-oid OS's like linux and bsd tend to be like an elephant - it depends on what part you touch. Whether it's system administration, GUI development, graphics/video, data-base munging, real-time or kernel hacking, there are certain underlying themes about Unix - it is an operating system of cooperating bits and pieces riding on top of a (pretty-much) monolithic kernel. Sometimes the bits don't play together too nicely as in the GUI world today where X11, wayland and mir are all duking it out. Unless you are a hardcore developer or customizer, this might be an area to avoid as things will likely change mightily. My prejudice would be to pick a distro with a well supported and capable GUI and use it in a vanilla manner. The more technical distros tend to engender frustration in this area.

I'd explore other areas where the system is more stable or at least less contentious. Unix is essentially a programmers OS. Scripting is everywhere tying things together whether it's shell, python, awk, javascript, perl, PHP, etc. Pick an area that you might find interesting and useful, e.g. home automation, web apps or video production, etc. and use that as a lever into the system. Learn how to tie tools together using a scripting language appropriate to the task.

Finally there are a million (at least) books on just about everything in Unix and they are all useful when you need to dive into the muck, but there is one oldy-but-goody that in my mind has withstood the test of time and captures the flavor of what Unix is. That is Kernighan and Pike, "The Unix Programming Environment" published in (ready for this?) 1984. As I looked at my well worn copy, the overwhelming majority of the book is still relevant and uses the same commands used today in Linux and Bsd. I'm not sure it's a good thing or a bad thing that we are using a 45 year old OS today, but there it is. This book ties together the ideas and practice of Unix in a way no other has done and Brian Kernighan may be one of the smartest men around.

A distro is only as advanced as the person using it. Some take more basic knowledge to install and use, but it mainly comes down to whoever is using the OS in the first place.

I use Manjaro, however if I were you I'd go full out Arch.

OpenSUSE x64.... Great and fantastic OS.. but you have to be really good with stuff if you break it... (I even have some tutorials if you want to see how you can build your UNIQUE OS before you even install it... have fun
And if you need opensuse to be bleeding edge use factory repos

Just install Debian or Ubuntu and tinker. The good thing about Linux is that nothing is hidden from you, even if you're using a "beginner" distro.

If you want to step it up a notch, try doing more and more through the terminal.

@masmullin @K4KFH
I really liked Fedora, and I always had a little crush on her :D However, it always figures in my mind as an experimental distro that isn't made for everyday use... How is its stability?

@swick K4KFH @turin231 @gerkinyagerkin @reidhasguitar
I want to switch to something with newer software anyway. Also, other distros require the user to do a little more advanced things.

turin231 @Zippy_Parmesian
Manjaro is pretty much Arch, which already got my no after using it.

turin231 @MTSnacks
OpenSUSE is something interesting, but Cinnamon is outdated there. However, I had a great first impression with it.

@anon5205053
I never used Slackware nor CentOS, could you tell me more about those?

@jla1139
First of all, thanks for a really good, long answer.
I'm using my Linux distro for every day use, but I would like to learn more for my own purposes as well as career purposes - I can see a market of companies needing system administrators.
I'm very far from being a "hardcore customizer", I prefer DEs that have a lot of features and are very quick to use, Cinnamon wins everything for me here.

You can build cinnamon from its source but id doubt you would enjoy that on opensuse haha
If you want to go here.. 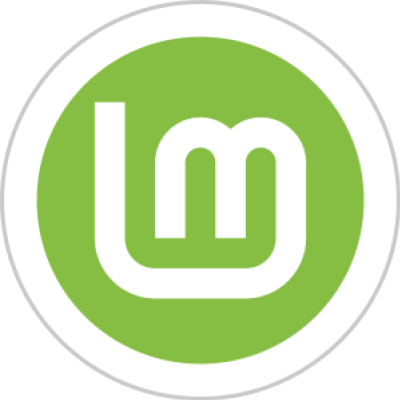 Then grab the requisite package equivalents on suse and start building... might be a totally linux life changing experience... and its fairly advanced espcially when you run into errors ;)

You can build cinnamon from its source but id doubt you would enjoy that on opensuse haha If you want to go here..https://github.com/linuxmint/Cinnamon

Then grab the requisite package equivalents on suse and start building... might be a totally linux life changing experience... and its fairly advanced espcially when you run into errors ;)

Could you please link me any tutorials on that?

Well this one is for Mint but can be adapted to Opensuse.... there isnt one for suse... but its still very possible ..

How to build and install the latest Cinnamon from Git

I use several distros... all the time... This topic just happens to be something hes swaying towards so.. I am helping him get cinnamon on suse .. ... I am fond of it but I would NEVER force anybody into it...
List of linux distros installed
Fedora 21 WS Gnome
Ubuntu Plasma 5 15.04
Ubuntu Gnome 15.04
Linux Mint Cinnamon Edition
Arch XFCE
Opensuse 13.2 MULTI DE..

I like to stay well rounded but I think we all know what I would choose as my favorite for reasons other than superficiality.. I tend to get more work done in suse due too my custom desktop layout and familiarity with it all.. plus its nice to not have to build eclipse from source... I fricken hate that..