I’m looking at setting up an older laptop for tasks like certificate handling and similar sensitive work. It will need a GUI but no “adventurous” software outside of that.

I was thinking of using Centos or Debian as desktop OS because of their conservative nature although the thought is sprung from their usefulness as server OS so I’m wondering if anyone has made similar setups and what you opted for?

Have not implemented your use case, but I daily Debian SID.

Cent will get you familiar with the RHEL world. I prefer Debian and derivatives due to APT having everything you need to properly administer the system and I don’t fell like learning DNF since APT and pacman have no close comparison except for zypper on SuSe.

Debian will run stable and do all of the things that you need. You can even run testing and be okay.

Debian will run stable and do all of the things that you need.

yes, and I suggest xfce since it’s really simple and light

Yes for LXDE.
I personally run RHEL distro’s in my home. Fedora on workstatoin and HTPC and CentOS on Server.
It keeps things neat, and is really stable. The thing is that there also is an LXDE spin of fedora, so that might be a good fit. I didn’t really like debian because they often have old packages, but if you don’t really care then it’s a great distro all in all.

Debian Stable tends to have old packages with security updates. Think if this as Debian LTS.

Debian Testing has a mix of Stable packages and pseudo bleeding edge packages with Debian patches with security updates.

Debian Unstable has your bleeding edge ish packages with mostly mainline code and few Debian patches. Contrary to the name, Unstable is quite stable.

Debian Experi0mental has bleeding edge packages with no support and will more than likely break your system if you don’t know what you are doing.

Unstable is quite stable 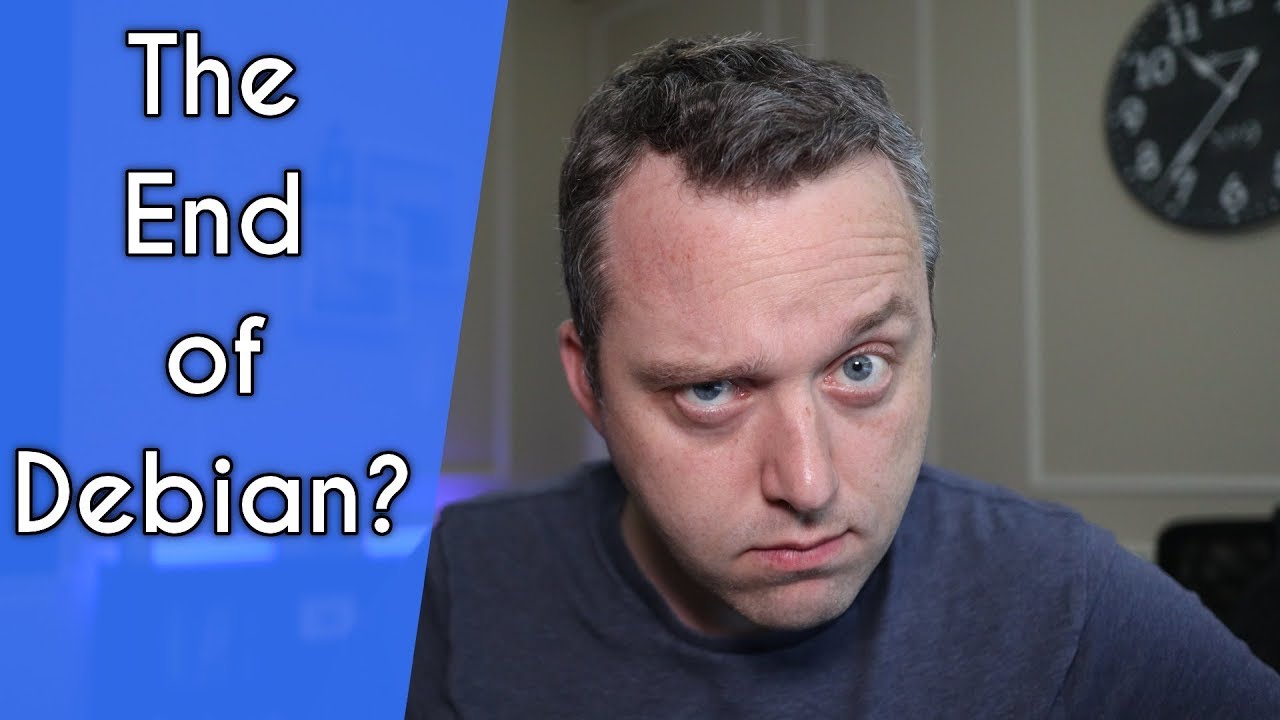 I remember I laughed a lot at this video

I always go for Alpine if I want something super lightweight and simple. It’s a candidate for a router box at the moment for me. That or OpenBSD.

Debian will run stable and do all of the things that you need.

I’m good with dnf/yum but Debian probably has a somewhat broader ecosystem while CentOS would have the longer support and SELinux but I don’t anticipate the need for that really so I’ll probably go with Debian this time around.

Debian based, but with sane defaults.

Could you elaborate on sane defaults compared to Debian? Looks cool but a bit unfamiliar to me to jump in right now but will try to run it at some point.

I always go for Alpine

I’ve actually wanted to try Alpine but I fear it might require too much hands-on this time around as I’m not familiar with it.

Debian gets my vote, simply for the hands-off stability that unattended-upgrades brings to the table.

I guess the deeper question: Are you looking for a project, or for a box on the network that just works? If the former, spin up something minimal and toss openbox on it for a wm. If the latter, can’t go wrong with Debian.

Install Debian and try to use it. You’ll likely burn hours trying to fix/customize it in some way or another. Base Debian is fucking awful. With MX I don’t even bother, it’s just install and go.

While I’m hardly a Linux power user I can at least muddle my way through my problems. There’s a benefit of not handing someone an OS that they have issues with but may not even be able to realize or elaborate on.

While not my primary OS, it’s perfect for making old laptops useful quick and easy. Only issue that I’ve ever had is if it gets confused about which audio output to use, and that’s something I’ve seen in any Linux or windows OS I’ve ever used.

Debian based, but with sane defaults.

I’m curious which defaults you dislike.

I don’t keep a nice little itemized list if that’s what you’re asking. I tried it a few years ago, it looked bad, felt bad and I disliked burning time for it to not bother me so I moved on.

Are you conflating a wm/dm with a distribution?

Hey, sorry if my comments came across as trying to argue. I was looking to see if there were defaults that I use for home projects that maybe had better options. Not everyone on the web is trying to fight.

the main super pain I have with it is testing any changes to the system.

For example, when I removed a group, the system got F&cked. I could no longer recreate the group, it kept saying group_id_7 already exists but it didn’t and it was important group. End up reinstalling.

But hey, if you test your system before lbu_commit then you’ll be fine

So much fun ahead.

I’m running debian with xfce for minimal overhead after moving away from cent. I really liked cent… until a few too many things piled up that were causing issues, which escape me right now. I basically came away with the feeling that cent was a little too slow on updates and drivers than I’d like but it’s great as well.

I started my linux journey with red hat in around 97 but have mainly ran debian variants since january, when I went all in on fedora on my workstation and debian on my server. It’s nice to know your way around both.

Honestly, I don’t think that you can get any more conservative than Debian.

If you want really lightweight, you can just run a window manager, instead of a full DE, but unless you are running something older than an Athlon 64 (>10 years old), I find that even KDE has decent performance on older hardware, these days. Unless you’re running less than 4GB of RAM, just run whatever DE you like. Xfce, Budgie, LXQt, Mate and KDE all run fine on 4GB.