OKay got back from work and computer was still on, seem to not have shut down properly, maybe I left a program running.

I could get it to respond so I held the power button to restart... boots okay but says the overclocking preset had failed so I have reset the bios and now It is locked at 640p not 1080!

Catalyst control also has no options above 640p available, tried uninstalling Catalyst a reinstalling, no change, any ideas? 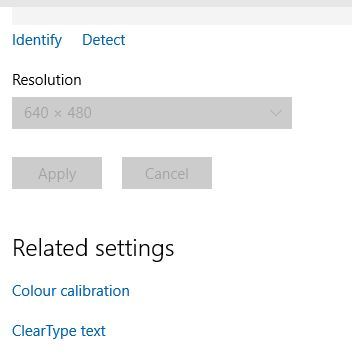 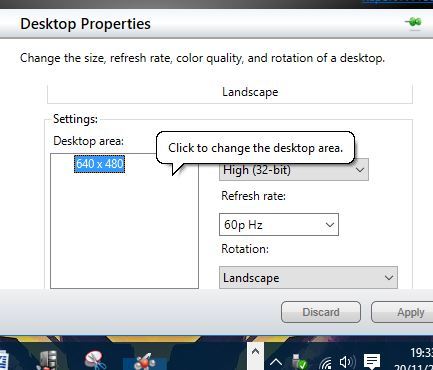 It's not detecting the monitor.

As dumb as this sounds , uninstall the entire card and litrally remove it from the system and use the onboard , or a different gpu , let the system boot , then shut down and physically reinstall the card and drivers.

Reason I say this is becuase I also had similar issue where a card refused to detect monitors properly and despite software uninstalling , it wouldn't detect them again until the machine used a different gpu and returned to the original one. No idea why but it worked.

Thanks a lot for you respose,

Unfortunately my ASUS X99 Deluxe mobo has no on board display output :/ I have removed the card booted - shut down - reinstalled the card with no effect :/

I dont think there is anything in the bios that could be effecting it either...

Set the power button to shut the machine down when pressed. Then shutdown the machine, remove the card, turn it on, press the button, put the card back in, and turn it on. Hopefully it'll work.

Ok will try that again,

I just uninstalled all my AMD drivers and restarted my computer, now lets me run at 800px rather than 640... so getting better lol XD

if that doesnt work will try what you said,,

Okay reinstalled drivers and now its back down to 640p! :((

Looked in Speccy and show my monitor as being a 640p monitor :/ 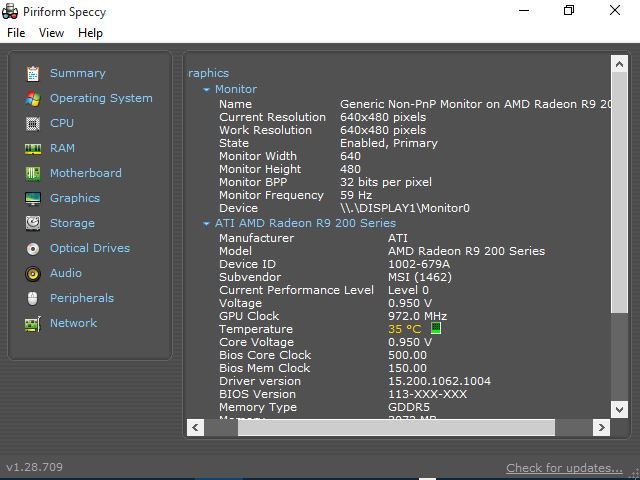 Anyone else got advice???

I take it you don't have a space GPU lying around?

Ok I'm a dummy and should have recommended a system restore to an earlier point when it was working , that should fix it

Development! Found a oild monitor and connected it via dvi d and i can set that monitor to its maximum res 1280 x 1024?

I could try using HDMI on my main good monitor but the onscreen touch sensitive buttons which are crap dont work anymore is there any tool I can download to access the settings to get it to use a HDMI input rather than the Display port I set it too when I got it??

It should detect it automatically and switch the inputs

Do you think If I use "reset this PC" to reinstall windows this will solve it?

system restore to an earlier point when it was working , that should fix it

Have no restore points unfortunately