Discourse Meta is a nightmare for amateurs. Why So?

Pls excuse the use of language/words, would try to make myself as clear as possible.
`-------------------
Just wanted to express some of my thoughts regarding “Discourse” and its co-founder Jeff Atwood (CodingHorror), thoughts, which will not be allowed to be written on Meta(.discourse.org)

No doubt he has given the world a great product. Free of cost. And I’m not writing this piece against him. No.

But I don’t know, why is he so disciplined (just short of arrogant), that he scares people away from asking anything. The people/Meta visitors, who are unable to understand what type of queries does he want on his site and what type not, must be, at least, many.

Take my example, it may have happened that I wrote one or two innocent posts, which somehow were considered noise by them. But after that, he has so bent upon scaring me away from meta, that I now find it very difficult even to ask for permission to write something.

A few days ago, when I was in much dilemma, as to how can I keep my product/discourse website working without getting some help on Meta, I wrote a few lines to the meta team seeking guidance as why are they deleting almost every post of mine, which is 100% under the site guidelines (and similar level queries are being asked by all others, all the time). But they even deleted that personal query also, without any reply.

Now, I very much know that I can’t ask ‘that doubt’ on Meta. That’ll be at least be deleted immediately, and at the most, I also may be banned from the site.

Summary of all this is that: They are behaving more absurd than FB (who is million times bigger than them), who don’t bother to tell their users how they want them to behave.

I can even pay 10-20 dollars to someone, who could just tell me what was the wrong in my posts which are deleted every time so insultingly. And besides insult, every time my post is deleted, I feel as if I’m going 1 step more close to being banned from the site. Which I’m afraid of very very much. After all, at my small level, I can’t get another forum software built for myself. Nor can I pay big fees to get the same maintained by someone else.

So, this is the story, which I just wanted to share with someone.
I again would iterate that I am sure that Jeff’s character has at least 20 times more good points than this bad one. But this bad one is REALLY, HEAVILY bad one!!!

P.S.: I’ve read at least one other post, from an intelligent and a good programmer type of person, who cited this behavior of Jeff Atwood, and called him arrogant ** (which I would never). But since that was when I had just started using Discourse, I didn’t keep note of that forum (but I can tell that was a big forum, like reddit or something like that).

Edited Later:
I was so worried about writing about him, I thought many times before finally deciding to write this topic. Say its my weakness, but I had started making the same opinion about all ‘Discourse’ based forums, lest their admin might behave the same way (that they may ban you if you happen to write something, which isn’t liked by the admin), as Jeff Atwood does.

arrogant ** (which I would never).

I’ll do it for you, he’s an arrogant asshole.

They can indeed ban you for no reason, it’s a public site and you are not a paying customer so they have no obligation to assist.

In general, if you do your research beforehand proving that it isn’t a known issue and both find and document an actual bug, they will swiftly assist and fix the bug, since they do care about the quality of their software and it will help paying customers.

If you disagree with a design decision, on the other hand, you’re completely SOL. Even if you make your case clearly and cordially with no bias or color to your posts, you will be invited to GFY.

I thought it was I who is being stupid or overly sensitive.

But they should at least prepare some post as to what behavior they want out of their visitors. (their normal community guide lines don’t clear that out).

Well I haven’t seen your posts, maybe you were out of line.

Anyway Jeff is a very smart guy, and Stack Exchange in particular immeasurably improved the lives of pretty much everybody working in tech, but he’s an arrogant prick in personal interactions. Or to say it nicely, his bedside manner is a bit lacking.

I’ve another photo of mine on Meta. But this and that, both photos are mine only.

But, aren’t you afraid that you’re using such words and they may ban you from their site?? Particularly when you’re using their software (even if freeware/opeware).

We have a kind of inside joke around here from posts we made about some issues we were having.

Any time you see THE VISION written anywhere, we are referring to that thread. 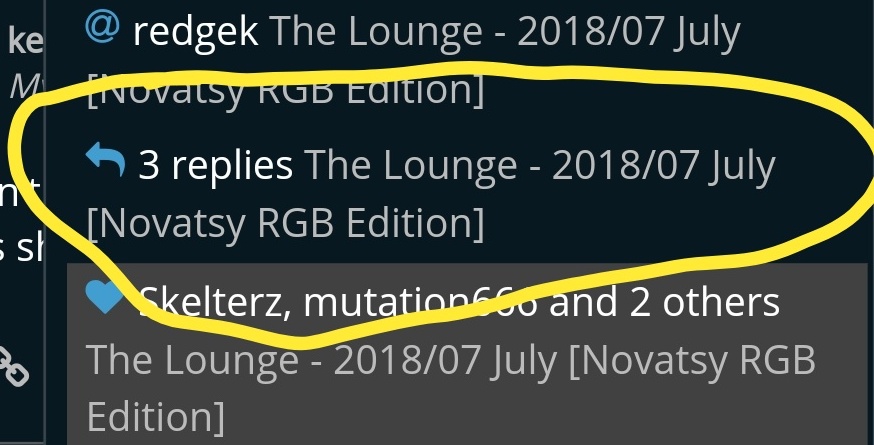 I use different names everywhere. Anyway I doubt he’d ban someone for saying he was an arrogant prick on an external site. If he happens to read this I bet he gets a kick out of it.

@Adubs You got Sam in that thread, I’ve found him to be completely reasonable. He declined your feature request, but he didn’t ask you to jump in the lake.

Yeah, we were basically told ‘you’re using the software wrong’ and left after that.

If you submitted a patch adding that functionality and making it an optional switch they would probably accept the patch, but they aren’t going to work on something they don’t feel necessary and/or is contrary to their vision of how conversations should happen on the internet. And that’s OK as long as they aren’t dicks about it, and Sam wasn’t.

They made functionality demonstrably worse to enforce their own ideology and couldn’t see any other viewpoint. While they are perfectly free to do so. I am also perfectly free to make fun of their ‘vision’. Both are ok which is why we’re here in this thread right now.

Demonstrably worse for the use-case of this forum, yes. They are not interested in serving communities that diverge from what they feel to be proper.

I still like Discourse a lot, aside from the heavy resource usage.

I went thru that whole post and liked it much (both sides. Sam is good as always).

I ‘liked’ the op on that thread, so you can check me out if you wished so. But I’m just nobody here, or there.

Ruffalo just relieved all my stress by his first reply in this thread.

While its just contrary to the Discourse Philosophy, which they put out on the discourse blog.

I just wished one thing (which I think to be the basic instinct of every man)
Just tell the person the reason for which you’re slapping him.
If not for him, tell him for your own sake. So that he shan’t repeat that behavior (which looks stupidity to you) again.

Dont get me wrong. I like discourse. I like it so much we used it to start up another forum I admin. Its got a ton of great features and is miles ahead of any other forum I’ve used. I just cant get behind the ideology of some of the creators.

I presume there must be many others (in addition to Sam), whom Jeff would consider intelligent enough. Then why can’t they persuade him to change his behavior a bit? At least, to have 1 category on meta, which would be free for somewhat loose type of queries. Where users won’t be afraid to ask some naive question? Where naive users can guide other naive users. Something like that. Are all his companions are afraid of him? Or do they think that whatever Jeff is doing, is doing the best?

Sometimes it looks he wants his forum to be very very clean of repetitive queries, as much as possible.
Sometimes it looks as though he thinks that why he should explain the same behavioral things to diff people, at diff times?
Sometimes, it looks as though he is doing so because he wants his meta site to be only for more technical guys and wants normal people out of it.
Other times, he seems to have cultivated some hatred for some particular users.

Whatever be the reason, it looks as though he thinks himself to have reached at the intelligent level that, where he thinks he doesn’t need to explain his behavior to others. Rather its the duty of others to understand his behavioral needs.

P.S.: I do feel myself to be speaking too much when allowed. Excuse me for that pls.

Discourse is great, it’s streets ahead of the competition on mobile in particular. But only if you can deal with its core design decisions like infinite scroll.

I mean if you don’t tolerate discorse’s actions…You can make your own forum software with blackjack and hookers.

If I learned anything in tech, people will continue to put up with the absurd actions of creators as long as the end product is miles ahead of any alternative.

Another victim of the vision, welcome to the support group.

The thoughts expressed by you people have freed me from my dejection (I know you’re not there for that purpose, but you did so, anyhow).

If only all the users of Discourse knew about all this (that they’re not alone in this).
Tons of negativity can be relieved. I’m sure. Because I’ve read many posts on Meta Discourse that give indication to similar feelings. But they seem to be afraid to speak out, considering their own self interests in the mind (as was me).

I searched “Jeff Atwood ('s character)” on Google, and the 9-10 results thrown by Google, carried 2 sites that interested me, were: level1techs (not its home page, but some other article, which I can’t find now) and another this: I’m not allowed to share any link on here yet, but it was very interesting thread on stackexchange. (I’d like to list that link whenever possible)