MKS-TFT are a series of touchscreens used by 3d printers.
The interface icons / pictures can be changed by loading .bin files from an sd-card.
The .bin files contain picture data.

The firmware used by MKS-TFT is partially open source.
Unfortunately, the picture implementation is non-free / proprietary.

In this project I’ll try to reverse engineer the .bin format and implement a simple commandline picture converter.

(2) Implement a simple picture converter from some standard picture format: 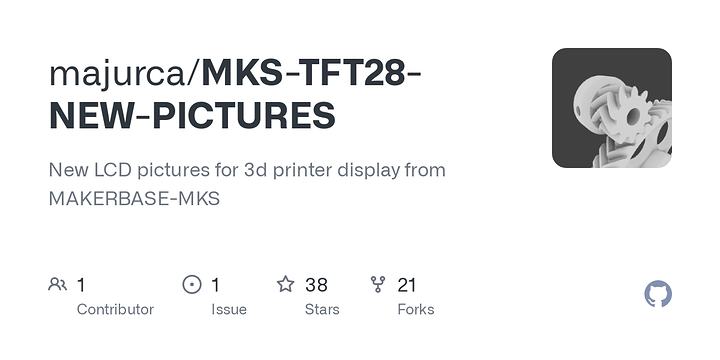 I wonder, witch kind of license has this images? I am building an interface (GPL… license) and maybe I can use yours.

Here are some visualizations of the binary files:
(made with binvis.io)

They don’t seem to have a header. 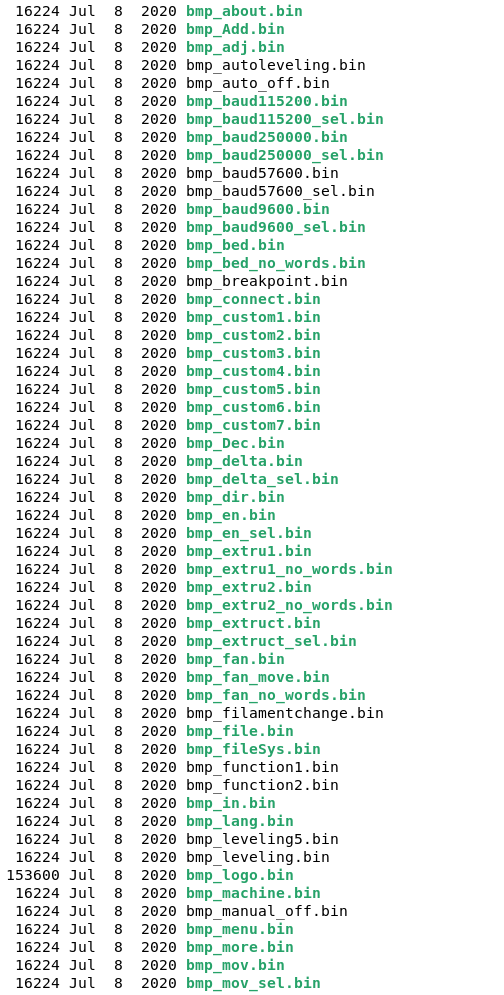 The rest .bin files are 16224 bytes. If the bin files contained compressed data, they would probably have different filesizes.

Here is my current theory:
The .bin files don’t have a header.
If true, the OS relies on the filename/filesize to determine the resolution.

The picture is stored in a raw format:
RGB in a 555 or 565 bit layout
Or if there is a transparency channel:
RGBA5551

It’s also entirely possible that they are using a different subpixel order, like BGR, GRB, … .

If the .bin files contain raw pixel data, I may be able to concatenate a header and get a usable picture.

For this experiment, I’ll be using about.bin and about.svg from the source pictures.

A filetype that supports 16-bit color and RAW is bmp.

To first aquire a bmp header:
I used GIMP to convert about.svg to a bmp.

So we have 3 headers to try out:

For each of them I did:

The picture is upside down, but we can conclude that the .bin format is RGB565. 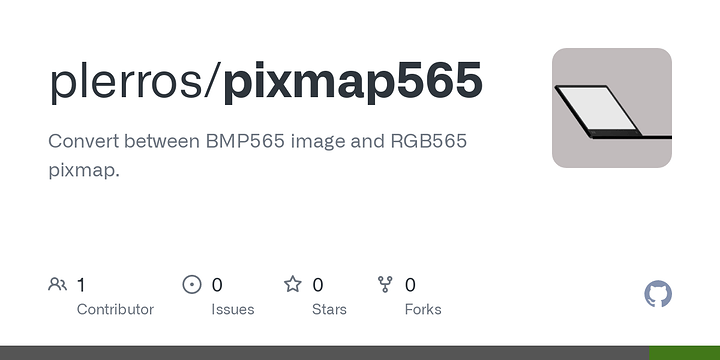 Convert between BMP565 image and RGB565 pixmap. Contribute to plerros/pixmap565 development by creating an account on GitHub.

After ~700 lines of code (sloccount), It’s still pre-alpha, but It can now read and write bmp565 images:

Convert between BMP565 image and RGB565 pixmap. Contribute to plerros/pixmap565 development by creating an account on GitHub.

It can also complain about bad input files and provide some error info.

There is a chance it might partially work in unusual CPUs that have 16-bit bytes.

It is now in alpha phase.

Over the next months I’ll refactor and test the code, and write documentation.
I’ll test it in various linux distros, non-glibc void, FreeBSD, HaikuOS, OpenIndiana and RedoxOS.
I also want to try out input fuzzing with AFLplusplus.

I’m trying to push the code to it’s limits.

Let’s try to generate such a picture:

I guess we have to do it the hard way.

The header had bad data caused by two bugs.
After another 1m 45s I had a 4GB bmp picture.

Now let’s do the reverse:

There was a false assert.
2m later, I had a 2nd bin file.

test the BMP format using file max.bmp with the extended info options. It sounds like your header creation is not 100%, be aware of “maximum value lengths” as well as byte order. Triple check your header construction against multiple definition sources, BMP is pretty old now, so it should be well defined across many sources.

File returns ‘data’ or ‘GLS_BINARY_LSB_FIRST’, when the file_size field exceeds 2^20.

Bad news everyone:
Integers can have padding bits.
The padding bits may be used for parity checks.
I’m not even sure if the value bits are contiguous.
sizeof returns the entire size (including value and padding bits)

It should now work on big endian. 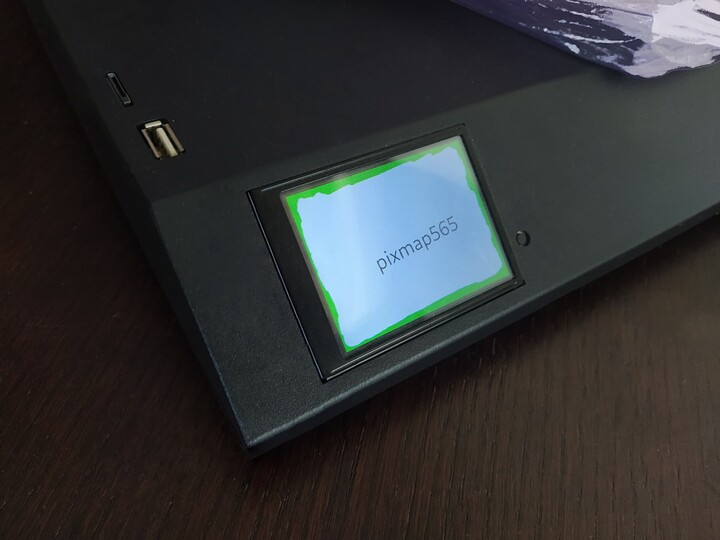 The “file” command reads it correctly: 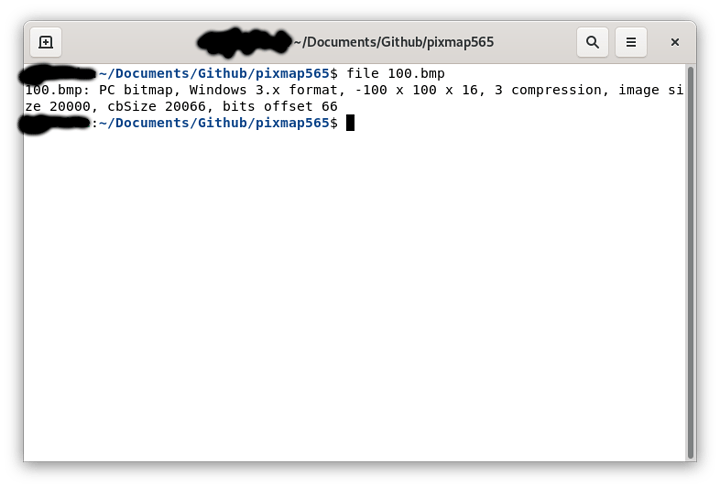 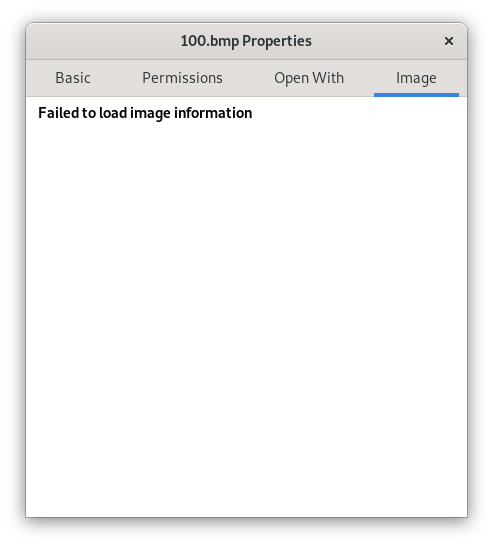 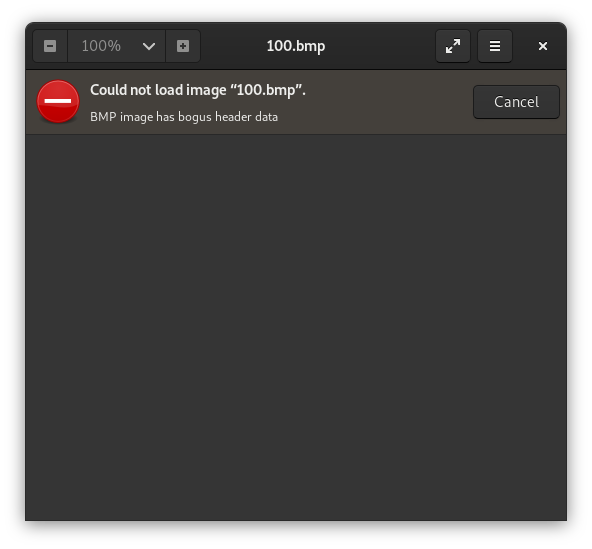 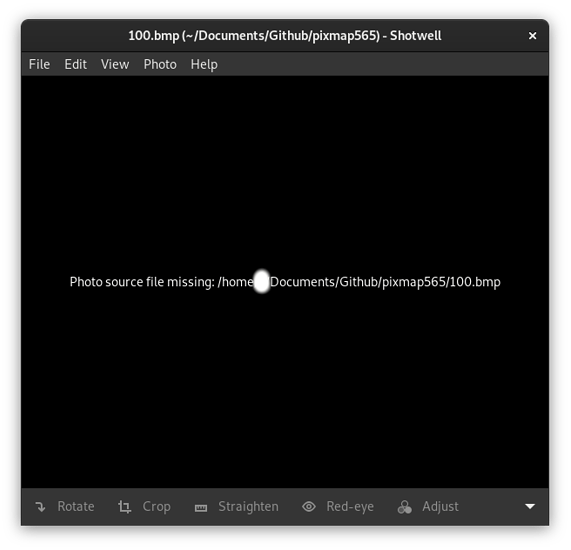 I don’t think I should prohibit negative resolutions; they are supposed to be signed.