So I finally got around to Build(ing) the Best System for Under $700, so I went back and played a lot of the games I missed. One of them (including my favorite so far) has been Deus Ex: Human Revolution.

And literally the whole time all I could think of was that I was playing Qain.

I just wanted to know if this has ever been pointed out. I don't browse the forum that often, and Qain's Google+ name is Deus Qain so that gives me the idea that he has, but I just wanted to be sure. 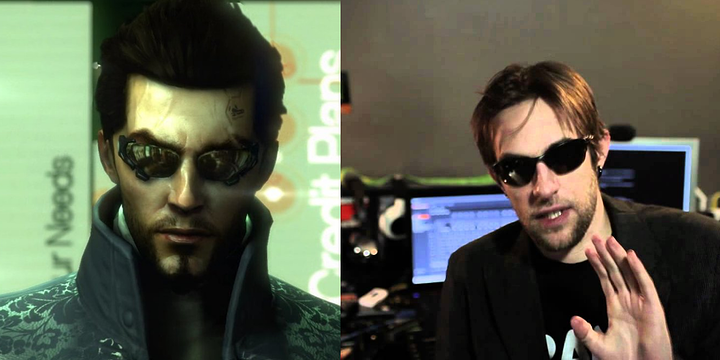 Edit: Hold on, someone's knocking on my door

...and he was never heard from again.

don't worry it was the pizza delivery guy

that's what you want us to think... imposter.

You're soon to suffer the same fate, mwhuhuhuhuhahahahaah.

please. I have a freaking nano-rifle. your welcome to try.

I was talking about being falsely delivered a pizza, you silly.

Teksyndicate is just a front for all these guys. Why do you think they changed location so many times? They are a secret group of mad scientist types hell bent on taking over the world. This is just their medium that they use to promote their propaganda and whatnot.

blast. I wanted to shoot something!

Who is Logan's *cough* look alike?

Logan doesn't have a look alike. other people look like Logan, but Logan was the first.

I dunno. He sorta looks like Zeus from the old Marvel comics.

I wonder if old Zeus will look like logan too.