Which is total bullshit as far as I’m concerned. I’ll never pre-order a game. I’ll never buy a game at full price without reading a ton of reviews and waiting for post launch shenanigans by the publisher. I’m a huge fan of the Metro series and was really hoping to play it soon after it would have launched, but seeing that this is a one year exclusive and there are no reviews and ratings on the Epic store, I think I’m just gonna wait one year and then wait for a discount to buy it.
Anyway, here’s the announcement from the official website

I feel like being exclusive to only one store (and not a large one at that) would hurt sales for a game compared to being released on multiple stores, which I don’t think many studios would want.

Glad this is happening as I am anti-Steam right now for multiple reasons and I hope that Epic store and others can gain some ground on Steam in the future and make Steam revert to doing things better.

I am totally Pro-Steam, and have been for at least 14 years,
[EDIT: thanks MF for the reminder that there has been a decent steam competitor for a while…

I don’t really see much draw towards the Epic store, but maybe a few temp-exclusives will do the trick; It seems to work for consoles…

Thanks, I’ll be waiting a year for the steam release then…
Isn’t Fortnight in the Epic store?
They will be loosing sales, but people still sign up for such platforms regardless, else Uplay and Origin would have fallen flat on their faces

This will be a good test of piracy and his widespread it is.

I very much hope that Deep Silver will have some included tracking thing or clever DRM, the kind that dies not stop you playing just makes it a different experience. As an exercise this could be very interesting.

Though thus us a new wording thing that I was hoping had no place in PC. I know exclusive to specific storefront games are quite wide spread but the idea of timed exclusives are a console level dig that should not be tolerated. I wonder what their actual motives are.

Edit: I have read the article now, there is no mention of this being a timed exclusive. Just that they will honour the existing other platforms preorders on those platforms.

They are also very heavily pushing the xBone, the wording is shockingly sell out and the only box are on display is xBone branded.

The others now sound like they are second class to the xBone. What a turn from a once great publisher and respected studio. Oh well another one on the pile.

I winder what their actual motives are.

Thinking on it further I wonder if Epic is incentivising it by offering a larger cut or some cash or something. I don’t see Deep Silver doing this just for shits and giggles.

That is part of the appeal of the epic store and they do specifically mention the 88% cut for deep silver in the article.

It very much seems like that could be a poke to try and get other like steam to follow suit and reduce their share of the sales. That is the glaring one all right, but it seems like an awful amount of stink to make when they are still using the other many and various distribution platforms anyway, just not for ongoing sales, only the currently existing preorders.

This stinks butni am not sure of what exactly yet.

GOG still exists, right? And it is currated way better than most other stores.

Dang, forgot about that, was mis-remembering it as a steam key retailer… And there the ones that do the DRM free games, right?

I am not a huge fan of the Metro series, but I wouldn’t be adding another launcher at this point for one or two games. I don’t mind waiting for Hades or this to end up on steam. It the devs want to be exclusive with it I will get it at a steep discount once that exclusivity ends.

I do like steam and what they have brought to linux gaming over the last couple years. On the other hand I like competition because of obvious reasons. Epic needs the exclusivity of big titles to get a point on the map, I understand that. … I still don’t like it.

It’s a shame Unreal Engine can still be used with DirectX. Without that the barrier of full linux support would be gone. And Epic is easily in the position currently to make that happen.

I am firmly in the camp of “Fuck Epic”.

So it looks like the peg leg and eye patch are going to be coming out again.

A real shame. I would have paid $80 at launch for a DRM free version with linux support, or $70 with Steam’s DRM + Proton.

I guess the publisher doesn’t care about me, and that means that I shall not care about them anymore.

I highly recommend THQ Nordic gets a grip on this shit, or it will soon go the same way for the rest of their products.

EDIT: This was from a duplicate topic, they got merged.

So, apparently Epic Games are doubling down on getting exclusive deals to sell games. Metro: Exodus was for pre-order on steam until about 9 hours ago, now it will be taken off, and the pre-orders will be honored… in a years time.

UPDATE:
Deep Silver has stated that it will return to steam and other platforms in a year. Guess I’ll wait a year when a Linux friendly platform (steam) has it once again… 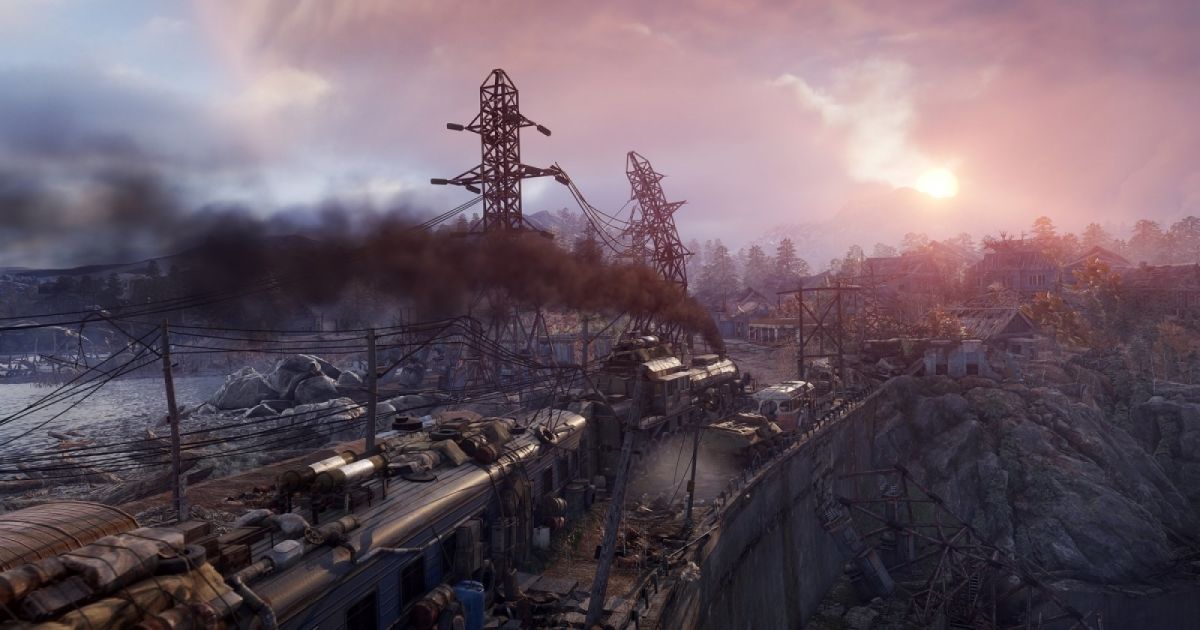 'Metro Exodus' will be available exclusively on the Epic Games Store until 2020.

Also, this more or less rules out any chance of a Linux port for the game since Epic Games have no plans of making their game store available on linux, on steam it would probably run through proton, but now, it just became harder again.

I am torn, cause I really wanna play Exodus, but at the same time I wanna boycott the Epic Game Store and subsequently I would then boycott Exodus.

Anyone else disappointed by these developments?

Yeah, that’s a real let down. I even bough the Metro books because they’re great reads.

But since Exodus will now be their platform only, I guess I won’t buy it until it comes to steam.

Oh well, their loss. Hopefully their sales wont’ be too bleak, I do like Epics ethos but until they have a linux client I won’t give a damn.

I like that they are taking a smaller cut and leaving more to the devs, but I am generally against cutting deals to get games exclusively, especially so when you lock out an entire demographic, in this case linux, to achieve it.

If they had feature parity, I would be completely fine with it, heck proton and DXVK are even open source so they have no excuse, not sure what license it is under, but it would probably not require too much effort.

My point here is, as long as they do stuff like this I will not be buying games from their store, even if I have a KVM with gpu passthrough.

@kewldude007 merge them if that is possible?