So I have installed Debian 10 onto my Dell T420 using the onboard graphics. I am guessing a driver might be out of date? Or not correct? here is what I see through either the IPMI connection or direct connection to the server. 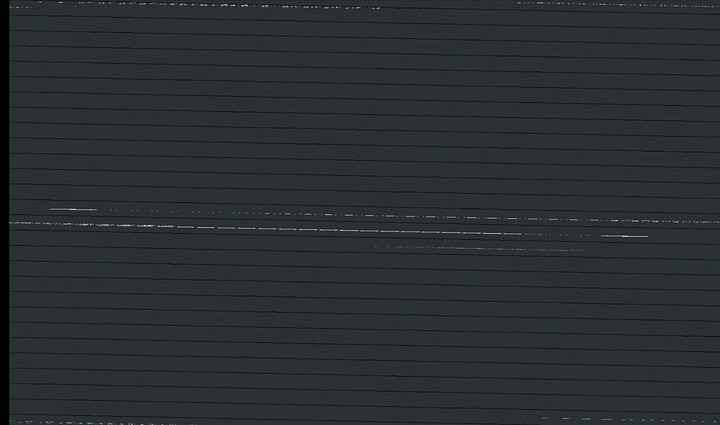 Maybe I can do a update via CLI with “Alt+F2”? Anyone else had issues like this?

I planned to use Debian as a base for QEMU and libvirt testing. Would “bullseye” testing branch maybe be a better option? Would QEMU and libvirt still work? I know there are some large changes between current and next gen debian (Kernel/sys/packages?)

does the CLI display fine?

Does the Grub menu show fine?
If grub shows, then obvs. try nomodeset…

Boot grub is fine, and I can get into CLI…But GUI is garbled.

I can get into CLI…But GUI is garbled.

Can you not install it via cli? Tbh I didn’t even know Debian had a gui installer.

Do you plan to install a de/wm on it?

Thats it the installer works fine, this happens on the first boot.

Go to the cli, install aptitude if you haven’t already then find the vesa and framebuffer packages. Install those, so the kernel has something to fall back on. For a (remote) test-bed for VM’s I’d suggest you won’t need a GUI on the bare metal install.

Alternatively, consider Devuan Beowulf. It’s essentially Debian Stable, but with everything systemd removed/ripped out. OpenRC is a great init system

Thats it the installer works fine, this happens on the first boot.

Oh my bad, I thought that was the installer.

Can you ssh into it?

CLI is local monitor and keyboard attached works. It’s odd… I do have two GPU’s attached I think are messing with it. I may go for fedora server and use cockpit to manage it. It’s going to be for virtualization anyways… and I can probably get proxmox to attach to it so it’s all in one place.

I do have two GPU’s attached I think are messing with it.

Debian has no proprietary drivers* in it so that’s surely what’s messing with the GUI after first boot. What I’d try to do is SSH into it and try to install the necessary drivers for the GPUs. Also I don’t know how it acts when there are multiple GPUs but I’d make sure that it’s using just the iGPU to display and not the other ones you have installed.

*it doesen’t make easy to install them and doesen’t have them in their repo out of the box, if I’m not mistaken.

Have you installed any GPU drivers from the CLI?

Which GPU’s is it outputting from?

Negative, Using motherboard gpu… Maxtor… Its old…I’ll have to go back through my notes…

did you try hooking up any output to the GPU’s, in case it is setting a different resolution, then outputting to all outputs?

Or, pulling the GPU;s out, trying, then putting back in one by one?

The other guys; suggestion on drivers sounds likely

Yeah it’s flopping between GPU’s. I know that the on-board GPU can not handle 1920x1080 but the 710 it seems to be outputting to partially as a second screen is mucking up the initial setup after running off the USB. It could also be the m2000 or the other 4 OS’s I have installed. LOL I’ll need to drop it down I think.

I think the ghost of Ian Murdock is just telling you to use the CLI.

Yeah I need to learn to do that more. I’ll power ahead with it despite my naivety …lol

Was he Ian from Deb-Ian? My browser can literally google it.

I’m having a heck of a time starting vms and server on the new machine with anything but windows hyper-v and proxmox I’ve been using 6 to 8 months now… I don’t know if I’m just lazy or documentation is so limited or I’m not finding the right guides…that or my TBI is messing with me… ADDing it maybe… I know I’ve had some hardware issues using the Dell PowerEdge… maybe I need to set up some goals is the problem I’m just kinda floating along… well… and I know my entire weekend will be honey-dos… so not looking forward to that.

The unofficial images released by Debian do include those firmware files.

I strongly suggest installing using those images instead while doing installs or system recovery. The Live images include both the GUI installer and the debian-installer, and are very useful for offline installs. Non-free packages can be identified and removed later.

I’d also recommend using Debian Stable (currently buster). If you need to update to specific, newer firmware there is backports. Bullseye is currently prepping for release and that’s the most unstable period for Debian.