I think this forum has a good quantity of what would be considered enthusiasts… but I just don’t see the draw in this design. It’s a hulking blob, airflow be damned, and looks like a concept electric vehicle for no reason that I can fathom, as a machinist and ex-art student.

Just wondering what y’all think of this thing.

So he finally finished the damn thing…

Just wondering what y’all think of this thing.

People work hard for their money (usually) and have every right to spend it on whatever they wish.

People work hard for their money (usually) and have every right to spend it on whatever they wish.

I get that. I just don’t get this thing.

i am function before looks. big hands and fat fingers makes me opt for easier cases to work in. Big and boxy…

Stacked Core W100 with Core P100, Core WP100 is the first super tower chassis with full assembly concept, experience the true “DIY” by putting every piece together to complete a high-end system.

That does look roomy!

I love form, don’t get me wrong, but I appreciate efficiency at the same level, and making a bubble chassis doesn’t come off as efficient to me. This thing looks like it’d break the sound barrier if you dropped it from an SR-71 at cruising altitude, but I don’t see what that would do for thermals, and it’s just going to take up so much desk space to boot (assuming one doesn’t wall-mount it… and then it looks like you’re being attacked through the wall by a carbon fiber Slimer).

Yes, it’s very functional, but it’s one of the least space-efficient designs I’ve seen, only surpassed by the aforementioned Lian-Li Yacht. Cases are cuboidal for a reason - the components we put in them are also cuboidal.

Don’t think I have to mention the price…

designed like a car, using carbon fibre, naming it after the sixth element in the periodic table, prove of concept, questionable function…

I present to you, the Lamborghini Sesto Elemento: The Sesto Elemento ("Sixth Element" in English) is a two-door, two-seater, V10 high-performance lightweight limited edition car produced by Italian automaker Lamborghini, which debuted at the 2010 Paris Motor Show. The Sesto Elemento's name is a reference to the atomic number of carbon, in recognition of the car's extensive use of carbon fiber. The Sesto Elemento is equipped with a 6-speed semi-automatic transmission with paddle shift and all wheel drive system, mated to a 5.2 litre V10 engine ...

It looks huge, but I don’t see much space inside. Even this “hood” will just get in your way if you decide to do something inside it. “Cable organizer” is just a panel with a bunch of holes milled through it. I see no openings or locks which would allow you not to pull cables through these holes. I wouldn’t even be surprised if it needed custom ATX cables as I very much doubt that usual ones could reach motherboard or graphics adapter from where the PS is installed.

Well, at least it seems they’re mostly spending their own money on it, judging by KS page.

Don’t think I have to mention the price…

Looked at the kickstarter… 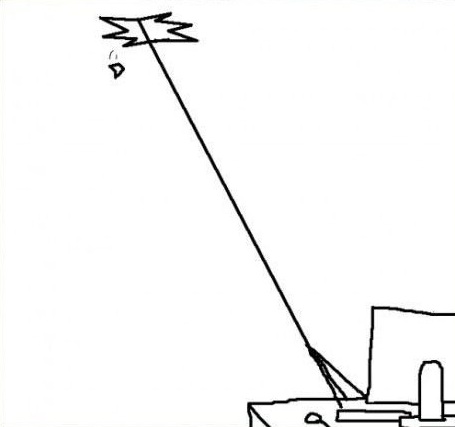 Looked at the kickstarter…

Oh I haven’t even done that yet…

It is always good to have people in a field pushing boundaries. However, this is not to my taste. I dare say it is ugly.

Oh I went and looked at the KS… ouch.

I have to say that as someone in manufacturing, the funding is bizarre for a carbon mold (presuming they’re molding it with a vacuum table) that may only make fewer than 100… of anything really. All the machining is mostly time. Time spent programming, time spent tweaking surface finish requirements, speeds and feeds, material removal testing, etc.

Except I know his machine and I know his CAM system. Most of this is pretty straightforward as far as manufacturing goes, but it’s silly to invest in all of that and then make it such a limited run, especially if the intent is revolution.

I have no idea how many revisions they went through with the form, but I wouldn’t consider this more than a month’s worth of working 1 hour a day on the project to do the model, and scan it properly, and CAD out the whole thing. It would probably take me about 15 hours to develop that design/layout to a point where I’d be happy with it, using SolidWorks.

With their past experience, you’d think they’d have contacts to help them out, and make the process even easier?

Keep in mind the Kickstart is to get into case making, the car case is a show piece of limited quatity for the highest contributors. So it is not that much for the case per-say. It is capital for him to go into case making on a more mainstream level.

lol Some of us like the 90’s cases too lel

I like the idea in using more sturdy components (cnced aluminium) to support components and a ligh weight shell.
Also: Real carbon fiber looks so much better than the printed fake. Kudos for getting that stuff in the desired shape.

What I don´t like is the “Watercooling only” but that is because I dislike watercooling in general.

Getting him to make cases is great! Maybe that is the kick in the rear case manufacturers need to really do inovative designs instead of copying each other (closed of fronts, huge window, tempered glass, rgb). One can hope his mainstream design is as practical as one needs (screwed together, no flimsy plastic parts, etc.)