Corsair support is asking for memtest results, but hasn’t provided any actionable advice yet.

What is the best way to debug this issue? I have 4 identical builds, 16 sticks total of RAM. All of it is showing up as bad. I’m guessing it’s not likely that corsair QA messed up this hard, so I’m hoping it’s just a configuration issue.

I’ve never had such major issues with RAM, so any and all advice is very much appreciated. I am still within my 2 week window with microcenter, so I’m open to swapping all the RAM out if it will help.

This is a problem with ddr5 in general, most ddr5 platforms REALLY don’t like 4 stick configurations

Got it. I need 128gb for these machines to work well, and would prefer to fill all slots.

I’ll point out that the last two tests done were with only two sticks (slots 1 and 2), and I’m seeing the same errors.

What would you recommend?

You have 2 kits with different speeds in your list, are you mixing in the same system?

No, I messed up the part list. All 8 kits are identical

These 4 sticks are my current set. Two of them are in the machine. 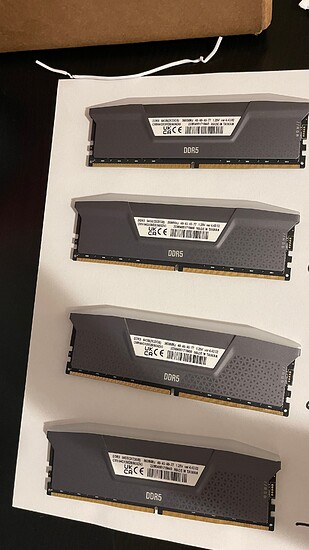 I’ve tested all 4. They all error out on memtest #9. Tried doing one stick at a time in each DIMM slot as well.

Damn, okay, sounds like you need to take the whole PC to microcenter and they can probably sort things out
Whether it’s the ram, the motherboard or CPU, something is not right

Got it. I’ll let the boys take a look. I’m pretty sure I got the builds done okay. System was able to boot both into windows10 and arch linux, but within a day both OS filesystems got completely trashed given the RAM was so unreliable.

Thank you for helping me confirm that I’m not an idiot at least, and that this is indeed a major issue.

Before you take all that hassle, take CPU out, look at pins on board, if it’s fine reseat it, sometimes reseating the CPU is all it takes

Will do, thank you!

One more question while I have your attention - is it possible to run 4 sticks, albeit at reduced speed? I’ll accept 4400 or even 3600. I’m running a kubernetes cluster so I need a lot of RAM, but it doesn’t have to be epicaly OC’d.

This is giving me some ideas to test out 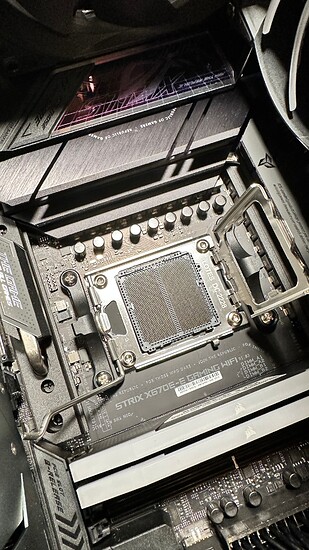 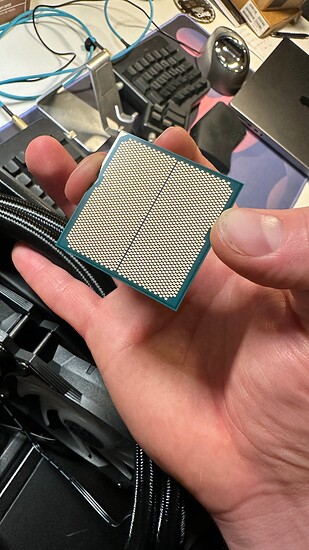 I also found Corsair Vengeance RGB DDR5-6000 C36 Review: Performance and RGB Aesthetics | Tom's Hardware, where they mentioned bumping the voltage to 1.4 seems to have helped. I tried their 36-36-36-76 timings, but the system wouldn’t POST if I set those values.

There’s a new ratio for ram, fabric and imc for am5
I can’t remember it exactly off the top of my head

These are the options available to me - could I impose on you a bit more and ask which ones are fabric/imc/etc? 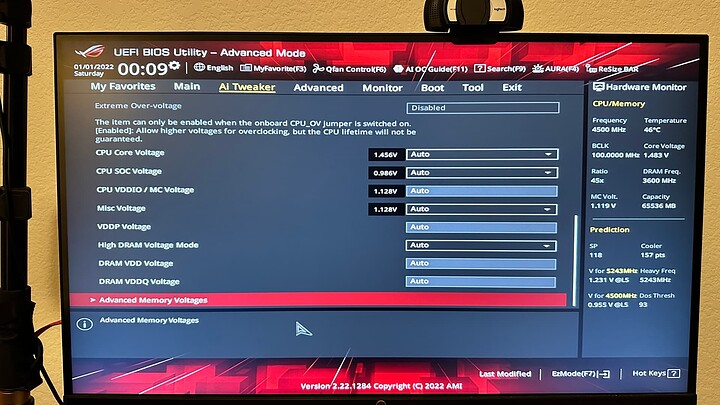 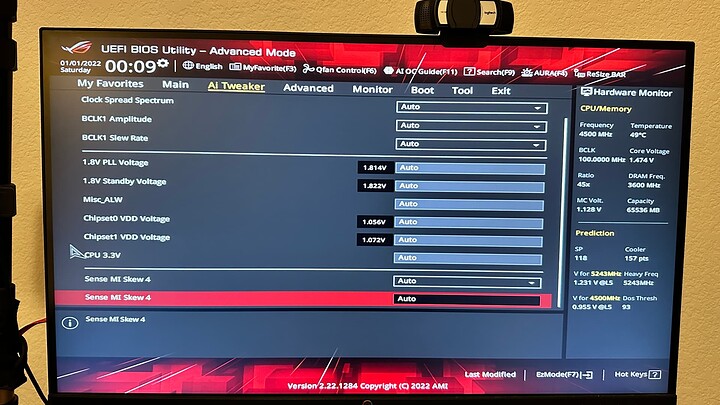 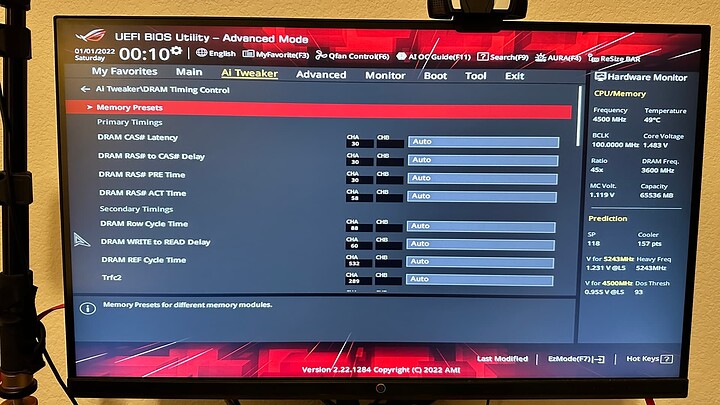 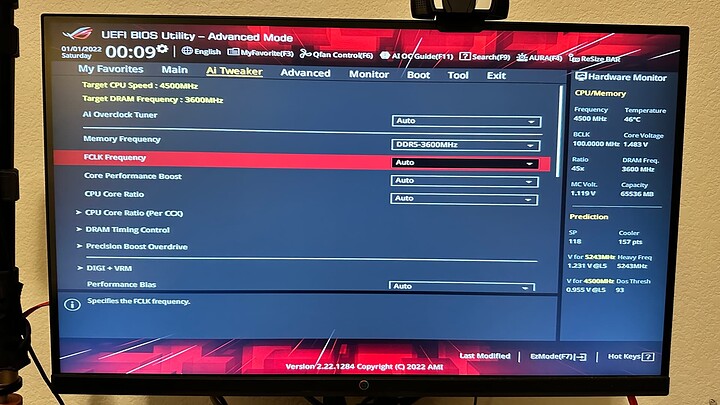 Fclk is the fabric clock, but I probably wouldn’t mess with it much as auto should be fine

What are the settings when you enable expo or xmp

asus dont even have the manuals up on their sites it seems like, but with 4x32gb sticks and all 4 systems failing i would first test at 4800mhz and see if thats stable. i assume it cant do 4x32 at 5600mhz.

If that is the same for all DIMMs, regardless of the slot, then I would check the CPU/socket - it sounds consistent with a dodgy CPU pad with dual-channel interleave.

From the AM5 pad descriptions it sounds like MAA/MAB/MBA/MBB{1,23} - but I don’t have a diagram to find the location.

of course, if it is marginal, then just playing with the volts and frequency may fix it

I sadly ended up returning ALL of the hardware and building a nice and stable DDR4 build (12900, Corsair Dominator 4x32gb 3200MT/s).

I’d love to tinker with this, but as it was for a work k8s cluster I needed stability quickly so that we could get back to work.

What’s curious is the tests I posted were identical on all 4 machines that I had (identical builds). I’m wondering if maybe Asus messed up the socket somehow. That would be a HELL of a story…