Dark Side of Star Wars

Do you love Pink Floyd's Dark Side of the Moon?

As you may have seen in the news, if you loop the album three times over the film, it times PERFECTLY.

I tried it. My mind was totally blown.
If you were moved by the album before... you will love it now...

Here's just a tiny glimpse of how fantastically it lines up.
I can't put into words how amazing it is. 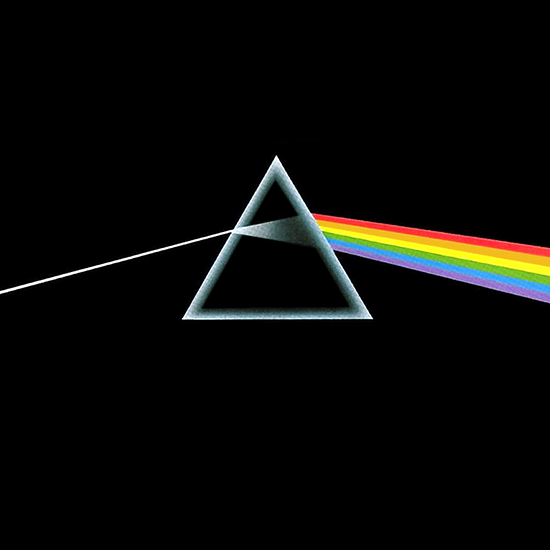 interesting. Boy dark side of the moon and other Pink Floyd stuff seems to be so popular to play over film content. Likely because its atmospheric and level as far and ranging extremes goes.

Too bad this is for the new movie :(

why bad for the new movie?

I realize it could just be coincidence.... but after watching it... I just don't know anymore. There are far too many perfectly synced moments like what's in that short clip. All throughout the film, the music matches the story arch, changing scenes, moods, climaxes, and even cuts to epic views.

why bad for the new movie?

Ah I'm just poking a jab at it. I'm a long-time SW EU nerd, so basically I almost can't like the new movie :D I tried to give it a fair shake, but there were just too many things that I really didn't like.

Pink Floyd makes it much better though :D

I can totally understand that perspective. When I saw the film in theaters I thought it was mostly just a lot action and fan service... But with the music... Wow... See the story better, i see the beautiful shot composition... I don't think I'll ever watch it again any other way.

Give it a try with the music instead. It's a totally new experience! I really can't express enough how amazing it is without just showing more clips. If you're interested, I have the rest of it.

There are far too many perfectly synced moments like what's in that short clip.

I just had a group viewing of this mashup with a bunch of friends.

They were loosing it. They couldn't believe what they were seeing. They told me I totally under-sold it.

WHOOOOAAAAA man, he's...like...totally dancing to the music I am listening to now...my mind was all like....KASPLOOSHHHHH

Is Pink Floyd just not listened to anymore?

(No offense to you. This is just an opinion.)

Meh. Star Wars is old. Pink floyd is old. Meh. I finally saw the new star wars and I was kinda upset. I'm not a sw fanboy but I really liked that it was a good series and there was no cussing. In the new one Finn says "Hell yeah!" or "Hell no!" (Don't remember) and I was like "whaaaat!?" Not cool. Not cool.

I really dig pink floyd, but like I said earlier, I really dislike the new direction of SW under Disney. Besides that, this type of thing has been done several times in the past (with Dark Side of the Moon nonetheless). Perhaps folks are just not as excited about it any more. I personally don't really see things syncing up very much in that short example you posted. I think the type of music created on dark side of the moon goes well with a lot of videos. Is there an example where the film changes from a very easygoing scene to a fast-paced space battle or something that also shows the music changing right on time? I also dont think that this would be something intentional since that would severely limit the freedom of the director and editors if they had to make sure things synced up.

I'm definitely interested in it. Just saw the post, watched the teaser and now I have a strange urge to pick up some weed.

Jokes aside, that did match up pretty well. thanks for pointing it out!

Is Pink Floyd just not listened to anymore?

I have dark side on vinyl, I listen to it sometimes, just don't get the opportunity to listen to analogue music much anymore.

reminds me of this:

Dark Side of the Rainbow

The Wizard of Oz synced to Dark Side Of The Moon. (Who needs a Lear Jet if you have a bubble?)