I might be in the market for a DAC/Amp next year. Not because my headphones would need an Amp, I mainly want one because I'm also looking for a new keyboard next year and want to get more variety to pick from.

Okay, this needs a bit more explanation: right now I have a MS Sidewinder X6 that has a nice knob for controlling the volume which is very handy because it means I don't have to Alt+Tab out of games when I switch from speakers to headphones to reduce the general volume in Windows (if I don#t it will destroy my eardrums). Both are connected to my Creative X-Fi Go with a splitter. With a DAC that has a volume knob I can shop for a keyboard without a dedicated volume knob.

While the go-to choice here in the forum seems to be the Objective 2 + ODAC, but this one is way over my budget (and I don't want to save up longer to get one). Also, I like the retailer/manufacturer not being overseas in case I have to RMA it.

tl;dr - Are there any DACs/Amps with volume knob and USB-only audio-in (my mobo doesn't have optical-out). under 100€ that you can recommend? So far I've only found the http://www.amazon.de/FiiO-E10k-Olympus-Kopfh%C3%B6rer-Verst%C3%A4rker/dp/B00LP3AMC2/ref=sr_1_2?ie=UTF8&qid=1450943873&sr=8-2&keywords=fiio. If you know a solution that only has the plug for the headphones, an audio-in and a volume knot that would do it too.

Not entirely sure what the price would be for your section of the world, but it's $100 US. I personally use this particular DAC/Amp and it is really good, it can take a Large Headphone Jack (in the front) and has RCA outputs on the back, which could be used for speakers. The volume nob only controls devices plugged in the Headphone jack though, but you could easily configure the sound the be right on the speakers and then use the volume nob for headphones after the base config.

That would essentially be the same as the Fiio I mentioned. Ordering from overseas is unfortunately not an option for me (RMAing, and customs would increase the price easily over $100). But thanks for the reply!

For a while i had powered home theatre speaker whithout volume control, i had to alt tab everytime i wanted to change volume and anything above 20% was too loud.
Also my gfx card heavily interfered with my onboard sound.

I bought a 90`s hifi amp and a usb soundcard for ~100€ which solved my problem.
the headphone jack can handle proper headphones (my hyperx cloud has way more punch now) 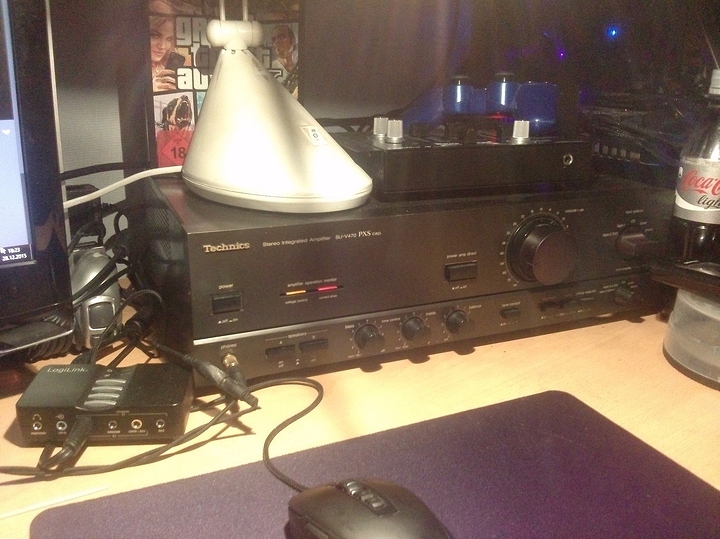 That's an interesting solution but my desk space is very limited. Thanks for the suggestion, I like your way of thinking!

I have been using the Fiio e10K for a couple years now. It's absolutely amazing for the cost!
It has plenty of power to drive my headphones too.

The E10K is the long awaited update to the original E10 USB DAC and headphone amplifier. The FiiO E10K is a transportable audio device that can be used at home or on the go with any desktop or noteboo ...

Which headphones do you use? (to give me a better understanding of how much ohm this can handle)

25ohms is not much. Every mobile device should power that. But according to headphone.com it's recommended for headphones with 16-150ohms impedance, that should be enough.

There's a low/high gain switch that you're supposed to flip for higher impedance. I don't need it for mine.

anyway, read the reviews you can find on it. The quality is phenomenal considering it's on par with many $500 dac's when it comes to the detail and accuracy.

yes deskspace is an issue with a hifi amp...
but headphone power is non-issue it can handle 300 ohm on the phonesjack :D

Asus Xonar U5(65€) or U7(85€) are able to power 150 ohm headphones.
they are compact and look good :)
the fron side only has headphone and mic jack, a clean design but you can still plug in speakers in the back.

Abother idea: (I dont think ths will suit you but maybe if someone is on a thighter budget and just needs power):
The mixer sitting on my amp ( I use it to regulate volume from 2 inputs) also has a headphone jack
I dont know how strong exactly but it gets painfully loud on my 60 ohm hyperx cloud.
It costs 30€ on amazon but isnt pretty to look at and still way bigger than a headphone amp.

The Fiio seems to be perfectly good for what you want it to do, The xonar u5 is a bit cheaper and gives you more options. 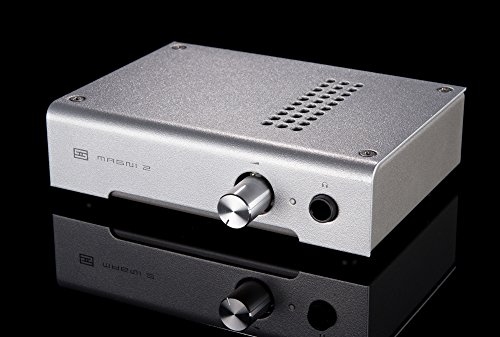 When we say “this is the only headphone amp you may ever need,” we mean it. Magni 2 builds on the performance of Magni, with even more refined sound and versatility. Ready For Any Headphone Magni 2 is ... 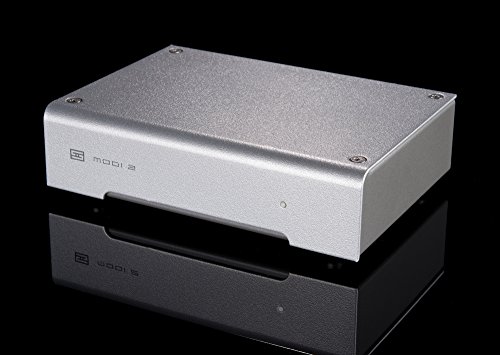 Modi 2: Improve Any Computer’s Sound Modi 2 plugs into virtually any computer—Windows, Mac, popular Linux distros, Intel Chromebooks, as well as iPhones and iPads. Just plug in via USB and go with no ...

This is right around your price range and will give you the best performance.
Best bang for your $.

Linus Media Group use this for every one of their employees. It's not superfluous and sounds awesome.

@hbert Nice idea. Not sure if it's worth the price though, considering that I would only use the volume-control on it. I think the Fiio fits me more. I like that the audio-jack is on the front.

I actually plan to build an O2 soon, just the AMP side of it initially, fairly cheap under €100. No RMA to worry about, it is all on you as a builder. Replace parts as you mess up.