Custom Case Made From Filing Cabinet

I recently built a case for my extra PC for my friends to use when they are around.  I just wanted to show it off and felt here would be a good place to do so.  We don't really have any metal working tools that I could get a hold of so I ended up using what we had in the garage.  The tools included tin snips, a jig saw, a dremel tool and a hot glue gun.  I know it doesn't look professional in anyway but it was fun to make.  I made it out of an old empty filing cabinet I found in a corner in the basement.   I couldn't resist spray painting the word media on it so I could have a media cabinet.  All of the parts are mounted to the drawer and the drawer slides just like any other filing cabinet.  My only issue is how to cool the darn thing, the motherboard in it doesn't have anymore fan plugs and it overheats if I close the drawer. 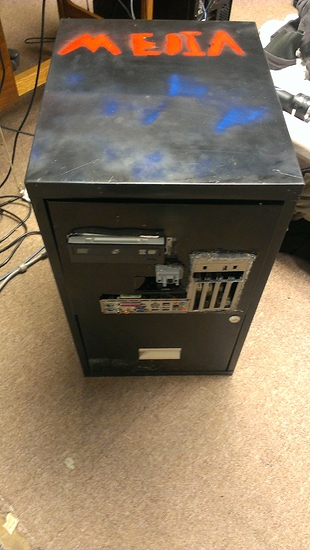 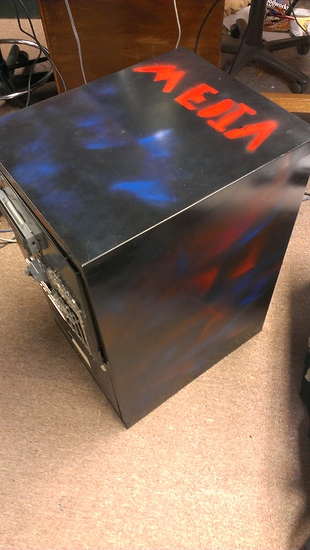 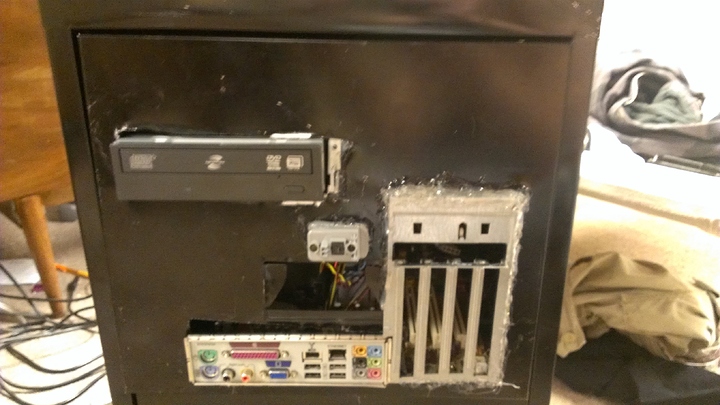 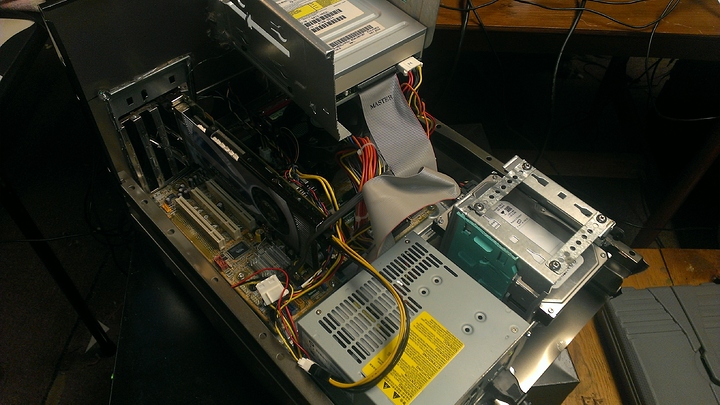 Buy a big old fan and point it directly on it lol.

Plug the fans directly into the psu?

I was actually thinking about drilling holes in the back of the cabinet then taking half of the cage off of a desk fan and bolting it on to it lol.  Then I could just plug the fan into the wall

Interesting Idea, burglars would be confused if they came looking to steal your PC, haha

How come you didnt cut the back open and have everything mounted in there? rather than the front.

So when people look at it all they see is a filing cabinet, when its actually a PC.

Also i see you custom cut the Mobo IO, a tip for next time is to use the original PC case mountings as they stand rather than trying to make them youself, i found that out the hard way, easier to fit and they will always work.

for cooling i would cut large squares in both sides of the filing cabinet and mount grills in the spaces (pop rivets), you can mount fans directly to the grills and you can have air flowing from one side to the other. that way it will still look neat

otherwise not bad and keep up the creativity

The IO isn't custom cut, the giant inaccurate hole in the drawer is though lol

I had originally planned on mounting it how you mentioned but the only metal in the case that would support haveing anything attached to it was the drawer itself :/ it is all very thin aluminium

Cut some fan holes and get some good old fashioned Molex Fans or a fan breakout board to plug in some PWM pans.