Been watching tek for a while and decided to post my rig on here mostly out of curiosity over what people might think of my hardware choices. Appologies for the poor image quality, for some reason my OnePlus isn't doing great at image stabilization. 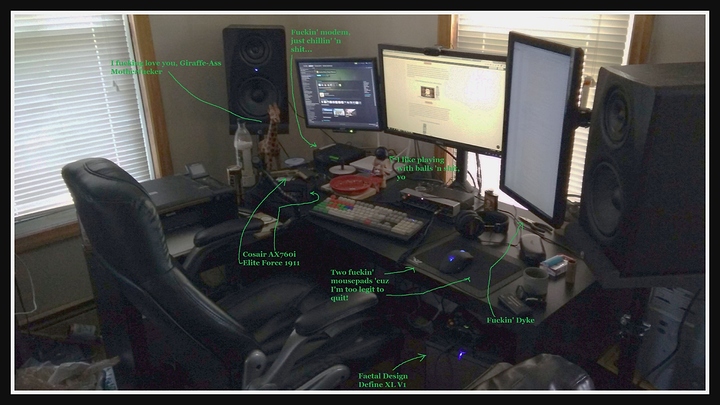 As you can see, it's a pretty messy set-up. I've got some cheap stands that wobble, my M-Audio M3-8 speakers look kinda not straight. Monitors aren't actually straight either but that's a whole other thing. 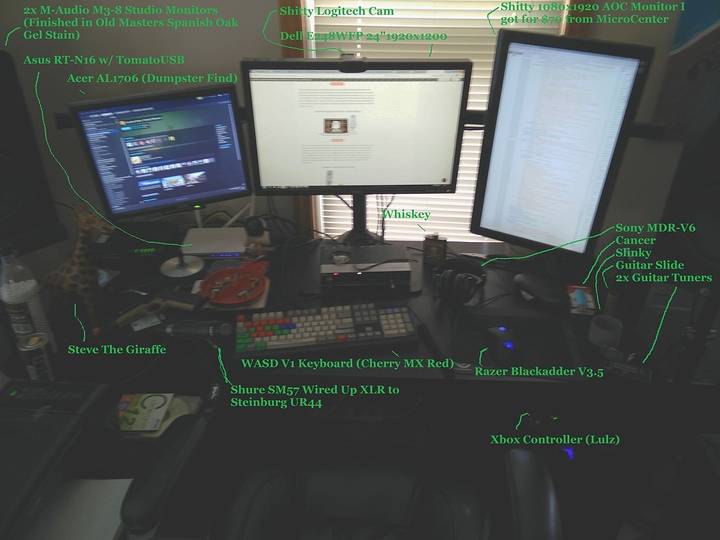 I've been playing with my rig since I think around 2009. When mechanical keyboards started becoming a thing on /g/ I had to get a WASD V1, wish they still printed out custom key caps. The Blackadder mouse may be getting replaced with a Zowie FK at some point, I always hated all the cheap light up crap that Razor products do. I actually plan on doing a total rebuild in a few years when cards that can actually handle 3x4k are available, just do I can buy three 2k monitors and have a Graphics Card that will be able to play games on max settings for a solid year or two without issues. 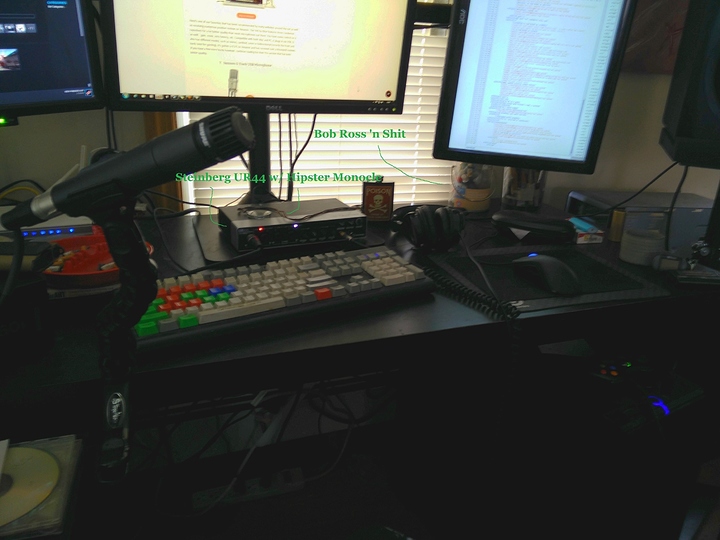 I'm 6'3" so this tiny corner is kinda cramped but it's nice in that I can access anything I need easily. This picture shows off my Shure SM57 and Steinberg UR44 well. The Shure mic is actually clipped onto my desk, they sell these clips for putting on amplifiers for recording (which I do when I'm not gaming or at work) and it just barely squeezes onto the corner of my desk. The UR44 is great for it's price (I think it was like 250 on Amazon or something) and has two headphone jacks which is good for side-by-side comparisons of headphones.

I'm also thinking of getting a headphone stand for my pair of cans that you see laying there... 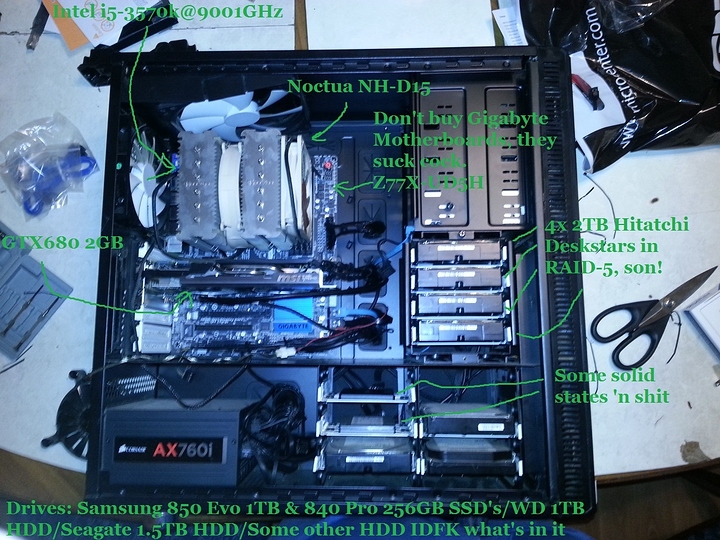 Guts! I've got an Ivy Bridge i5-3570k overclocked to 4.1GHz stable. MSI GTX680 Twin Frozr II 2GB, waaaaay too many hard drives. The V2 Define XL case doesn't have as many drive bays as this V1 does. I've got a Noctua D15 stuffed in there. Under the heatsink is 16GB DDR3 G.Skill Low-Voltage RAM that's slightly overclocked. Motherboard is a Gigabyte Z77X-UD5H and I hate it, I hate Gigabyte motherboards and every one I ever bought with UEFI sucked terribly. Never buying one again.

There will be a rebuild once DDR4, M.2 and 4K become affordable and mature at least a generation or two. I think my rig does the job well at the moment though. I do have some issues with GTAV on higher setting simply because my Graphics Card ONLY has 2GB of GDDR5 or whatever, I don't wanna buy a better card now though, would rather pool together a few years savings and do a top-down everything goes kinda rebuild.

And here's me enjoying my dope-ass build: 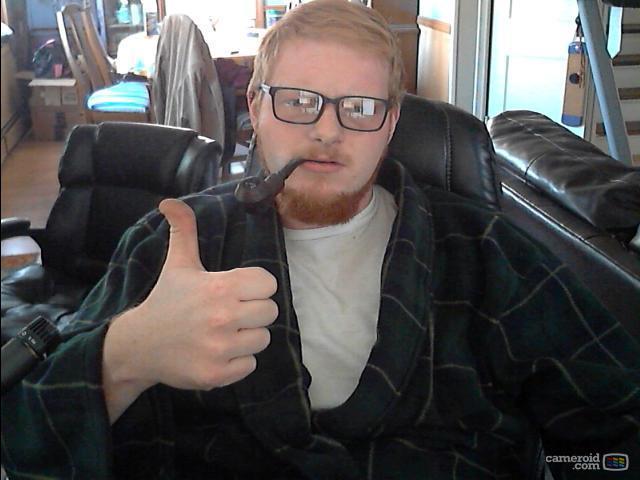