I use the adobe suite in my work, mainly photoshop, big files. Will be upgrading ram, can't wait for that. I'll be shopping in the higher end, AMD or Intel, I want to spend around $1100 on just the CPU and Motherboard. But like what should I be shopping for, like between a 8 core and a 6 core, say the 6 core has a higher clock. Which should I get.

I would reccomend an I7, be it 1150 or 1151, as the clock speeds at that tier are more than enough, and 4 cores 8 threads qould give you the threaded performance you want for the Adobe programs. I dont think an I5 wouldn't cut it, but an I7 would just give you that edge, especially as you will be using it for work.
So an I7 4770 K (or locked) or even a 6*** would be great for your use case scenario.

6 Core with higher clock speed. In general the adobe suite does not tend to get more performance out of extra cores.
The biggest difference i think you will see will be in the larger amount of ram

Yeah abode is notorious in not being able to efficiently exploit many cores or multithreading (although theoretically it should be the other way around).

I would say wait for Ryzen to come out and compare the 6 core multi-threading options available by both companies. 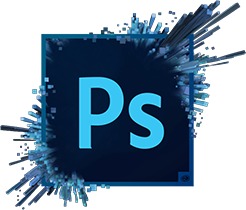 With hundreds of CPU models available, it can be a daunting task to determine which CPU will give you the best performance in Photoshop. In this article we will be examining the multi-threading capabilities of Photoshop CC to determine whether a CPU...