Could not get boot entry. after Fresh install Sabayon Gnome 18.03

Could not get boot entry after a fresh install of sabayon gnome 18.03
So here it comes I don’t got a raid controller
I have just a simple Intel atom x5 8350 with a very limited bios no choice of setting a raid
What can I do instead of getting back to W10?
Here’s a picture of the issue 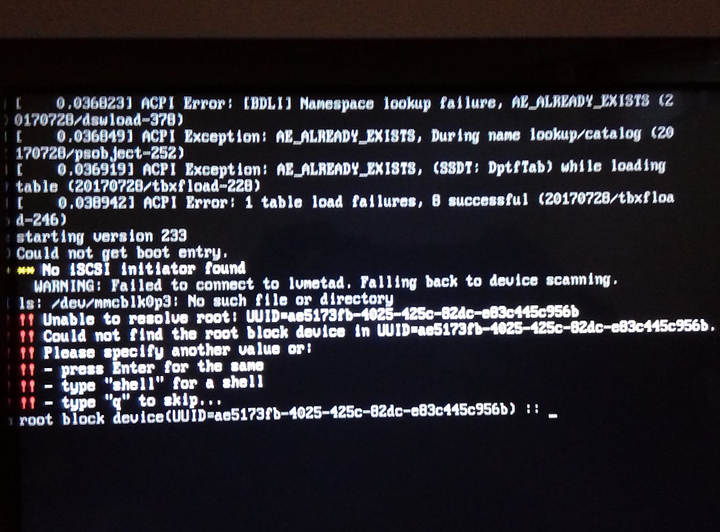 Sabayon is based off of Gentoo, so the Gentoo forums are a load of help. I had this problem when I was first installing Gentoo ( although it was not because of RAID ). Make sure everything is pointing to where it should be.

It Is weird tho that it is looking for RAID. I know in that other thread that you posted in, the OP disabled RAID somehow. He has not logged in for a while, otherwise you could of DM’d him.

@Kat is more of a Gentoo guy then I am tho, so he will be of more help.

If you have nothing of value on the Linux Drive I would just recommend you just plug in the Sabayon thumb drive run the installer again and start over.

As convenient as LVM is to have, I personally don’t use it cause It’s a pain in the ass to manage plus it’s been buggy when it comes to booting.

In all reality though it can be 1 of two things.

looking around apparently the LVM bug has been patched 2 years ago with a gentoo-kernel update. but considering Sabayon runs a pre-configured kernel that bug could probably still be there.

I had probably installed it 4 times now.
Now I selected the standard method but I still got the same error so nothing has changed.
I have changed the lvmetad = 1 to 0 with sec
When I check it with grep it’s changes to 0 but I can not write it because after a reboot lvmetad is 1 again. So I am at a very minimum rescue level…do you have any suggestions?
Thanks a lot for your response
Here is my fstab file 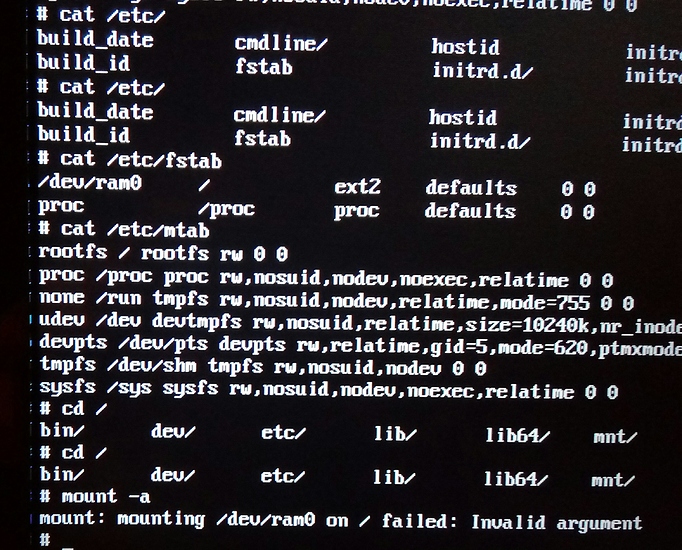 If nothing proves to be useful here you may be better off asking on the Sabayon forums. They seem pretty active.