It's 1600 mhz but when I first booted my computer and when into the bios screen of my Asus m5a97 r2.0 evo Motherboard it was saying it's 1333mhz so I asked someone and apperntly you need to change it into the BIOS so i left it for a bit while i set up my computer and then i went in when i was done about 2 weeks later and now its this

Ok so nows it's 1439 mhz but its still not 1600mhz so ??? SO i went into the advanced settings in the bios and in the AI Tweaker Section I found this

your motherboard runs all memory at a low speed for compatablility reasons, you just have to clock it up to where it's supposed to be

Go to the dram oc profile just above that in the bios( you need to click the AI tuner first and set it to d.o.c.p then the seting will aperar) and select the rams xmp profile from the list. 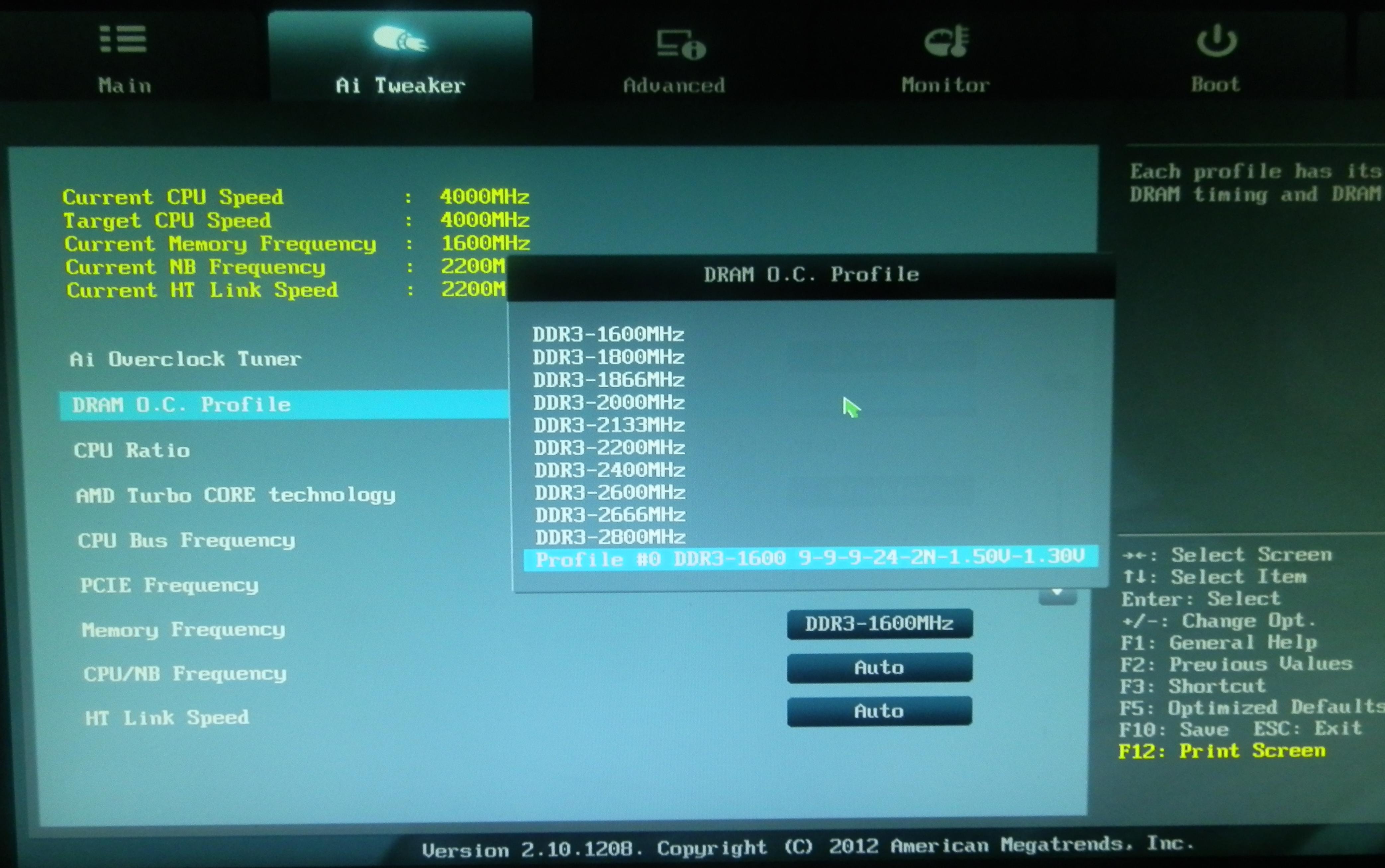 Cheers BRO I when to AI Twearker set it to docp and went on DRAM OC PROFILE and at the bottom the was the profile option for 1600 like in yours and boom problem solved you always seem to be there when i need you :D lol And it looks like we have very slimier setups btw Cheers again