Hello all!
What is the little monitor that appears in a lot of the tek videos?
Also, why is what he is looking at also on the monitor behind him?
Just curious.
Thanks in advance. 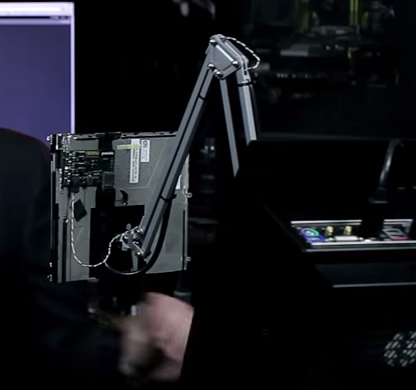 Pretty easy to find on their channel, though it is pretty old, here is one video

this is @wendell personal channel with some close up of the current build.

I do love this idea and want to make one.

Oh thank you very much!

I actually use one of these after seeing the video it is my main gaming monitor. really Quite good.

Really? What games do you play? FPS, RTS or? I'm guessing it pretty close to your face, if you FPS how does it fair for far away targets?

Currently I play a lot of Rocket League, though I played some Left 4 Dead 2 and GTA V the other day and it works just fine. It is about 2-3 foot from me. I have been using it for about a year now and played all sorts of games including things like Borderlands and I find it just fine. The colours are really vivid and nice, it overclocked to 67HZ what what thats worth, you can change the brightness and it has two inputs (DP and MiniDP). whole thing was €165. I would love to go triple wide but it is 2048*1536 so driving three would take a bit of power that I am not sure my 290 could always provide, I also lack three DP outputs.

Other people have seen it and think I am crazy, but I get along with it perfectly. Some games will not like the 4:3 ratio so if a game is only set up for 16:9 it will either black bar or stretch, some UIs also don't play nice. It is just life with 4:3 it is becoming less and less popular so less games tailor to it. For the most part I love it.

However unless you scale in windows it is terrible for reading things. Games do their own scaling and all of that is perfectly readable, even GTA V and its text is just fine I have no issues but in general I like text a little small er than others. But desktop... no chance I cannot read it. For that I have a 27" 1080p monitor above it for general reading, video watching and browsing, the iPad screen is really only for games for me.

Thanks for the reply, I really want to try it out. I don't know about just for gaming but would be fun just for the "cool" factor. What did you do for the back plate and the "arm"? Same as in the video or?

I have it stuck with velcro pads to a piece of wood sitting on a pile of books. Ghetto as fuck but I like it and it works. Looks like this. 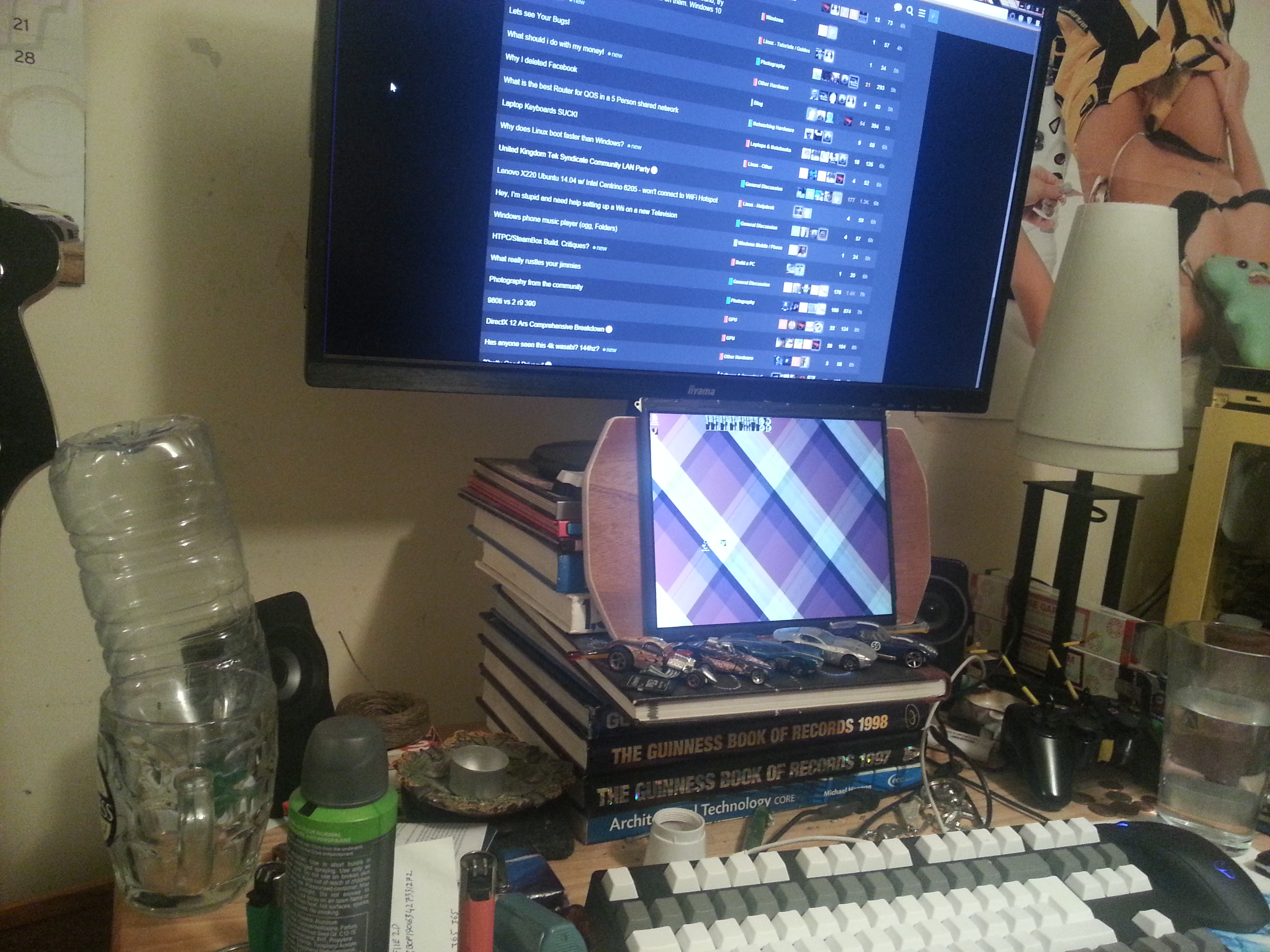 Ghetto as fuck but I like it and it works

Hey if it works. Think I will put it on a arm if I do it, that looks fine though to me.