I have a windows 10 install on my main pc that i would like to convert to a virtual machine. I have been dual booting Linux, windows and finally want to make the jump to Linux full-time but i would like to keep this install available via my proxmox server . i am running proxmox 7.2.7 I’ve found this but is from 2009 and this Server migration don’t know where to start for my situation. looking for someone that’s had any experience doing this. thanks in advance

The way you do this depends on the level of implementation you are looking for. If you want to convert the disc image to a QCOW2 there are tools for the P2V. If you want to boot the VM off the passed-through disc you are going to need to install virtio drivers inside windows and check for and enable the virtualization features in your UEFI/BIOS (VT-X and VT-D) in addition to some other steps, and if you want to pass through the GPU there are even more complicated steps. I used the following video guide for my implementation of the GPU method I mentioned.

And this guide for the OS disc pass-through. This is technically for UnRaid but it uses the same KVM/QEMU back-end and the steps are almost entirely the same.

Hey, this could just be my extreme lack of experience talking but rather than doing all of that complicated stuff, couldn’t the OP just create a system image in the Windows OS that he is currently running, then, create a Windows 10 VM in virt-manager and then once his Windows 10 VM is up and running he could then use Windows Backup and Restore to restore the system image of his previous bare metal Windows 10 install that was captured initially.

Well he could create a system image but he would still need to share some kind of memory space to get the VM to see the image and even then he would be copying RAW to QCOW2 just like the tools I mentioned in the first example but with extra steps. And he would need to install virtio drivers anyway to be able to do anything in the VM. And if he wants to use the actual disc like he was before instead of a virtual disc then he will need to enable virtualization and pass it through anyway. So no there isn’t really a simpler way of doing it.

Okay, fair enough. Thank you for the clarification.

If you don’t plan to pass your SSD directly to the VM (you should be able to do that without needing to do any PCI-E passthrough shenanigans), then next best thing you can do if you have the storage is to image your Windows drive to an external storage via clonezilla or dd (careful with the later) and then use the image on the VM (booting clonezilla there). The procedure is straight forward and all you need is a USB HDD with a bigger capacity than your windows drive.

Edit: you could technically dd it via SSH directly to the VM’s vdisk.

Yeah I basically want to create a clone of my windows bare metal install to run in proxmox and do a fresh install on the disk it’s running on. Not planning on passing the physical disc through to proxmox. If that makes sense, I’ve seen some mention of the clonezilla method on Reddit I’ll look into that.

Was looking to convert to qcow 2 . Thanks for the links

Doing a conversion from format to format is a bit exaggerated?

A simple but very archaic way…

Make a backup with the rescuezilla of the Windows disk / partition. Then, in the virtual machine, run rescuezilla as boot-usb and recreate your windows in vm. Make sure you have free space in vm for restoring a backup.

A separate issue is the first boot and Windows will start to detect what is new and what is missing and will want to install it. With a little luck, it should be easy. I have been successful since W7.

In simple terms, think of moving a system from one (physical) disk to another (virtual) disk.

You want to have a normal Windows drive only virtual instead of a physical one.

I don’t see the point in creating an image and then converting it!

Hey, this could just be my extreme lack of experience talking but rather than doing all of that complicated stuff, couldn’t the OP just create a system image in the Windows OS that he is currently running, then, create a Windows 10 VM in virt-manager and then once his Windows 10 VM is up and running he could then use Windows Backup and Restore to restore the system image of his previous bare metal Windows 10 install that was captured initially.

I would use a different software, but the concept remains the same.

I will not agree with the statement that it is impossible or there is something wrong with this solution.

By creating a virtual machine at the same time the OP can create a virtual disk for this VM.
I don’t see any point in converting format to format… If I understand correctly what the OP is trying to achieve.

Even the free virtualbox can handle it. 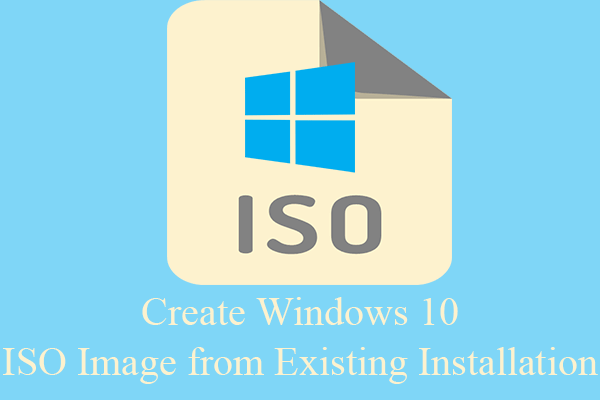 you can then mount your iso/image in your vm package as you normally would…
but understand it may invalidate your install key if you then use it to connect and use microsoft services.
as its no longer installed on the hardware that validated the initial install. (even if its on the same machine it will fail because you are running it off a vm which will have different hardware values set. (mac address and such) along with the vm sandboxing.