Here’s the situation, I’m away from home for work, and I have none of the regular tools with me that I would usually use to diagnose a non-booting computer (multimeter, pc speaker, etc). I just put together a nice little 8400-based computer, but it seems to refuse to post. The fan spins up (and even revs up/down), but I do not get display either out of the motherboard, or the gpu. Because I won’t be able to find out what’s up unless I buy some tools that I will then have to sell/dispose of somewhere, I’m thinking of ways of finding out what’s wrong so I can RMA the right parts. I’m really trying to find a spare pc speaker that a pc repair shop may lend me, and i’ll go for a store run later today, but I don’t know how lucky I will get there. I’d like to get this fixed asap because I kind of miss having a computer that can play video games and that is not based on a pentium

I’m thinking of interpreting the individual “beeps” that a pc speaker would make during post, through the dimming/lighting of an LED. Is there any momentum to go through with this idea or will this require an extra resistor (at which point I might as well just order a PC speaker)? I don’t want to burn out the LEDs if I don’t have to, and I couldn’t find anyone else doing this.

TL:DR: Can I connect a front panel LED to the PC speaker without getting any extra parts or will this burn out my LED?

Edit: aftermath:
Went to a local repair shop and a cool dude gave me a speaker, but I still think that I could have saved me the trip if I just used the old earbuds I had lying around.
If anyone’s interested why it didn’t post: in my infinite wisdon, didn’t properly check the specs of the DIMMs I got from work. Turns out they are registered ECC (RDIMMs), and were totally incompatible with my consumer board. Once I took them out, I got a speaker beep, at least partially indicating to me that the board is alright.
TL;DR: stealing, even temporarily, is bad.

Careful there, LEDs are driven by current not voltage. First you need to figure out how many amps the speaker provides.

The good news is that there are debug speakers to get from most electronic stores costs like 5 bucks.

Start with a 4K7 resistor and go down. If you don’t see anything, reverse polarity before trying a smaller resistor. I wouldn’t go less than 1K0.

Do not try it without a resistor, you will blow the LED.

I’m thinking of interpreting the individual “beeps” that a pc speaker would make during post, through the dimming/lighting of an LED.

Could do. Afaik the piezo buzzers operate at 6V and 50mA-ish current.

Another thing to consider, if it’s a “speaker” output, it will be AC coming out, not DC.

if it’s a “speaker” output, it will be AC coming out, not DC.

Looks like there are lots of options, some DC some AC. If it’s a self driving “beeper” versus a buzzer / speaker, then straight DC is all it wants. 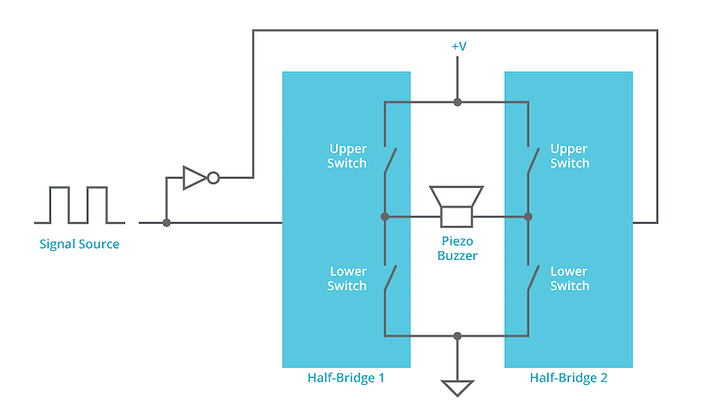 If the OP can get resistors, they should be able to get a proper buzzer. Hopefully they will eventually respond with the outcome?

Any old speaker will do. Dollar store ear buds, amplified computer speakers, car woofer, bookshelf speaker, etc. There’s got to be something handy…

Just plugin a speaker as it supposed to be.

I suppose there is likely a electronics shops in the neighborhood,
where you could get a mobo speaker / buzzer.

@wertigon
I know, I know. I’ve burned out enough LEDs with my arduino to remember that voltage isn’t as Important

@rcxb
That actually seems like a much better solution, didn’t even think of that considering I had some cheap airline earphones lying around. That’s better than the initial question!

@MisteryAngel
That ended up with what I did, but I was still curious whether this could theoretically be done, so that if I’m stranded on an island and the only way to leave is to fix a computer that’s not booting, or, you know, too lazy to go outside in the pouring rain, I could do something with what I have on hand.

hold a headphone 3.5mm jack to the speaker pins in a way one pin hits the ground and the other hits one of the speaker channels

In that case, wet your tongue and put it across the two speaker wires…

Or clip wires across a very short bit of pencil lead (graphite) to create a low value resistor which will allow you to drive an LED without burning it out.

How you’re going to order replacement computer parts while stranded on an island once you’ve identified the issue is beyond me. 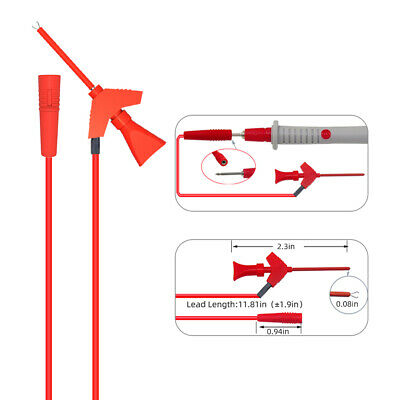