Congratulations, you made it to the site!

If anyone wants to distribute how to get here on windows:

I made that, im proud. Now im going to go drink away my problems 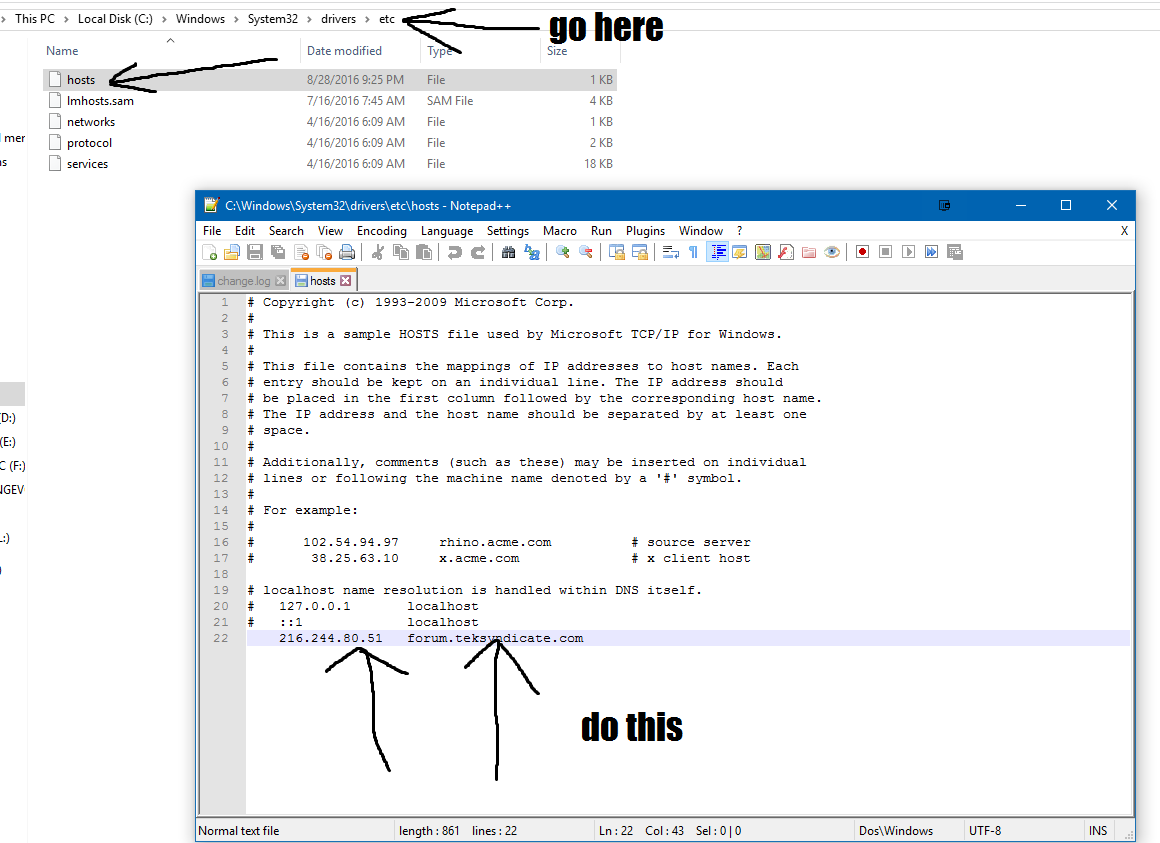 I would have posted this to the forums. I am not sure what has
transpired, but Logan has taken the site and forums offline under the teksyndicate.com domain. They are still reachable if you know the IP however.

I’m going to be fully, bluntly honest here. I am on my way out of having
an ownership stake in teksyndicate and have been for several weeks. Am I
also on my way out of making content with teksyndicate? That remains to
be seen, but I would say yes based on how things have gone so far.

While privacy is important, transparency also keeps us honest.

First off, an apology. Community, I’m sorry. What for you may ask? Let me provide some background first.

For me, co-founding teksyndicate, LLC with Logan and laying the ground
work of our business plan has been an incredible experience. The support
the fans have shown a couple of total bozos (and friend!) on the
internet has been absolutely phenomenal.

For what it’s worth I was always the dweeby kid in high school that ate
by themselves in the biology lab… I didn’t really figure myself out
until college. So I really can’t convey the range of emotions that I
feel in the here and now.

I saw the end of the last Tek episode and some other comments Logan has
posted here and there about being low on money. Currently, I am a 30%
owner in teksyndicate, LLC and I find this statement to be misleading
for a variety of reasons.

It is also true that the company is earning record income – more income
than at any other time in its history – and the gross income has grown
by more than $125,000 per year for the last 3 years.

The agreement I have with Logan is that my shares in the company entitle
me to 30% of the profits of the company year over year, and to date, I
have been more than content to reinvest those profits back into the
company to further the potential of the company. The work that I have
done adds value to the company, and my shares, and the extra capital
would let Logan realize his vision faster and later on I could begin
earning a return for the value of my shares.

The support staff, editorial staff, and equipment costs to the company
for all of my videos for 2015 that were invoiced to teksyndicate was
less than $13.5k. These are only expenses to my main company that I
needed to be reimbursed on, and most of that cost was a part-time
student editor.

Truthfully, Logan has recently sent an email to Qain and I that he
'stepped back' for the last ever how long period of time, and he has
lately has made a lot of statements that, to me, seem strange. When I
have asked for accountability, transparency or an explanation
internally, I haven't had good results with that. Quite frankly, I’m
surprised the patrons have been as patient as they have.

Logan wants to do something new. I don’t necessarily agree with
everything he wants to do, but I find myself in a difficult position
feeling that I have a strong ethical obligation to the community on the
one hand, but I don’t want to damage or undermine anyone’s right to work
on the other.

He said to me “It’s time for us to lower your involvement so we can do most of this at our main office in Portland.”

He went on to say that if I wanted to divest my shares, I could, but it
was clear he had no idea those shares were worth anything. They are
worth a significant amount of money.

I have proposed to Logan that he take epic pants store and the large
/razethew0rld channel with 600,000+ subscribers, but that he give up
ownership and control of the smaller 100,000 subscriber /teksyndicate
hardware channel the teksyndicate.com domain name, twitter, etc. to allow the teksyndicate community to exist independently.

In that scenario I would continue to support it and produce my own content.

I find a lot of the statements lately around money to be disingenuous
and misleading. I can’t abide by them ethically because I know the full
situation. Believe me when I tell you the fans have showered lavish
support on the company not just through patreon but the store and other
means also. Some missteps I have chalked up to inexperience running a
business, but calls for accountability and reasonableness have been met
with ignored emails, Logan cutting my access to the partnership’s
corporate bank account and a lack of financial transparency with regard
to the use of the company credit card.

For me, the way that Logan runs the business has been deeply frustrating
because of that lack of accountability, disorganization and apparent
inability to learn from past mistakes. He needs a business coach and I’m
fine with it if that business coach isn’t me.

Just like Patreon, many sponsors are also unhappy with us for a lot of
the same reasons: missed deadlines, broken promises, etc. I have worked
very diligently to use the resources I have to meet promises and
obligations for both sponsored and unsponsored projects.

If Logan has been working on the business or this new vision the last
year, he hasn’t really looped in Qain, Jennifer or myself on what
exactly that might be.

He has been busy with side projects like the game and other things which
have used company money but he does not believe the rest of us should
be entitled to profits from. On the contrary, when asked about these
things, we got some nonsensical lines about Logan having “stepped back
too soon” and none of us knows what that means.

For my shares and exit of the company, I don’t believe Logan understood
that the value, minimally, was the profits that I had reinvested into
the company. On that valuation criteria alone, they are worth over
$100k.

So I remain in a holding pattern waiting on Logan to tell me what he
intends to do for my ownership exit as he staffs up replacements for us
on the Tek. After talking with Qain, I have no doubt that these folks
have been fed some twisted version of the facts as that is what happened
from my perspective with the relationship between Qain and myself.

For my own part of this, I am sorry it has come to this. I'm sure that I
myself don't have the full picture. When logan says "all will be clear
in 5 days" I have no idea what that might mean.

I tried very hard to put the company first and give it the best shot for
success that it could possibly have. I don’t see this as a zero sum
game with regard to the fans, personalities, viewers, etc. but with
Logan’s irrational actions, apparent hostile attitude and
unaccountability to anyone here I really don’t see another option for a
way forward.

Whether I create a new name for the community or continue operations
under the old name, I am not going anywhere. I am thankful for the many
friends and awesome people I have met along the way and I support you
all in whatever you might decide to do. I do not yet know what my role
will be in the future.

Logan, for his part, is a brilliant entertainer and I have never met
anyone more gifted with handling people and the oratory arts. He has
many good ideas, and he has my full support in any future endeavors that
he may undertake and I have no doubt we have not seen the last of his
creativity and his ability to spin entertaining yarns. I truly hope that
he can find satisfaction and happiness in his work and in time he will
become an entrepreneur if he keeps at it.

ps. Apologies for grammar, spelling, etc. This was composed for brevity and I feel like it still needs a TLDR.

I am the cat. I will be here until the bitter end. I will be here until the bitter end

I watched it on replay. It was a tough thing to try and get through and honestly I didn't make it to the end. :S

you're getting deep web and dark web mixed up