I bought a samsung 960 evo and a m.2 to pcie adapter and i installed it onto my sandy bridge era motherboard. I was expecting maybe some issues with trying to get it to be the boot drive, but i can’t even see it anywhere. What do i need to do to get the computer to see it? Oh, and i’m using win 7 pro 64 bit

I am not 100% on this but I dont think sandy supports NVME. Just a quick bit of reading it said started support in skylake.
Anyone able to correct me on that

Without a bios update that board is not going to do NVME.

Anyone able to correct me on that

As you probably know, the mainboard manufacturers offer only for the newest Intel Chipsets (Z97 and X99) BIOSes, which include full NVMe support. That...

So does mine, but it required a uefi update to work. Other m.2 drives would work, but not NVMe, until after the update. Chances are, board manufacturers don’t care enough to support it on a SB board, whether they can, or not.

Looks like thats why. I think sandy is a little too old unless the mode maker realeased a uefi update in the last couple of years. Sorry op new mobo and chip

I bought a samsung 960 evo and a m.2 to pcie adapter and i installed it onto my sandy bridge era motherboard.

Today on buy first and worry about compatibility later…

lmao, well, i bought an adapter at the same time, so clearly i worried about compatibility from the start. It isn’t very widespread knowledge knowing just how compatible m.2s are with certain motherboards.

It kinda makes sense that it would work with an adapter, but apparently it doesn’t.

I remember running a PCIe SSD on my own Sandy rig (OCZ Revodrive X2 240GB on Z77A-GD65 Gaming and i5-2500), So I know that you CAN get data through PCIe at “greater than SATA” speeds.
BITD those PCIe SSDs had their own drivers and didn’t really adhere to any standard so the manufacturers simply made them work with whatever hardware you were using.
Nowadays though it’s a different story, as you’ve found out. 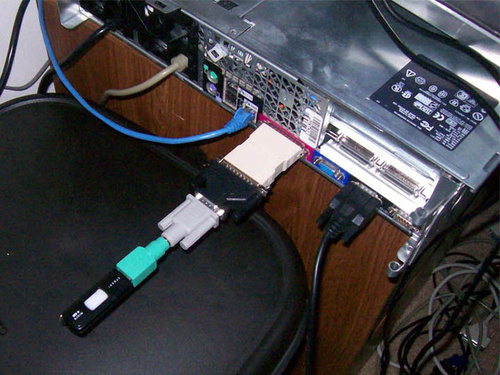 Not much you can do but install the latest BIOS and play with the settings.

However yesterday I was installing a Samsung 950 EVO M.2 SSD drive into an i7 4790K + Gigabyte Z97 board and it worked fine in the 10 gb/s board M.2 slot (and disabled the SATA 4/5 ports) but would not even show up in the BIOS when plugged into the same Asus PCI-E adaptor I used in the Z77 board. BIOS update did nothing.