Computer freezes and restarts itself

Hello everyone! I am looking forward to hear your opinions and experience on this and I hope you find it interesting as well. The problem started like this:

I was gaming on my rig when my cat jumped on the desk and accidentally pulled my mousepad along with my mouse and both fell straight to the ground, and as soon as I heard the mouse hit the ground my computer “turned itself off”, but not quite. The screen showed a no signal notice but the PSU and CPU fans were still spinning, the power and my front card creader’s LEDs were still on.

I just pressed the power once to power it off completely and then pressed it again to turn it on. Then I was greeted by the BIOS setup screen, but something strange happened here: I wobbled the RF USB receptor of my mouse+keyboard combo and the PC turned itself off again; but this time it restarted on its own, putting me back at the BIOS screen. I then changed the USB receptor from the connector on the front panel to the one on my front card reader.

It worked fine for a day before doing the same: this time without wobbling the receptor or anything, it’d just randomly freeze and shut down, with fans still spinning. It did so 3 or 4 times in a span of 15 minutes. Most of the time I could hear the “device unplugged” Windows chime before it froze and shut down.

Since this machine is dual-booted, I tried Linux to see if it was somehow a problem with the OS but didn’t have any luck either. I booted to Linux and left it at the login screen for a while while I was doing something else. I didn’t even try to move the mouse. When I came back after 20 minutes or so it was still at the login prompt but when I tried to type and move the mouse it was frozen, I couldn’t do anything except pressing the reset button and I turned it off before it even booted to an OS.

My mouse fell to the ground and my computer turned itself off, and it’s been turning itself off at random times ever since.

Just to confirm. The mouse and keyboard are not wired? They are connected wireless-ly?

The mouse and keyboard are not wired?

Yep. They came together as a keyboard and mouse combo. The logitech K220 to be precise: 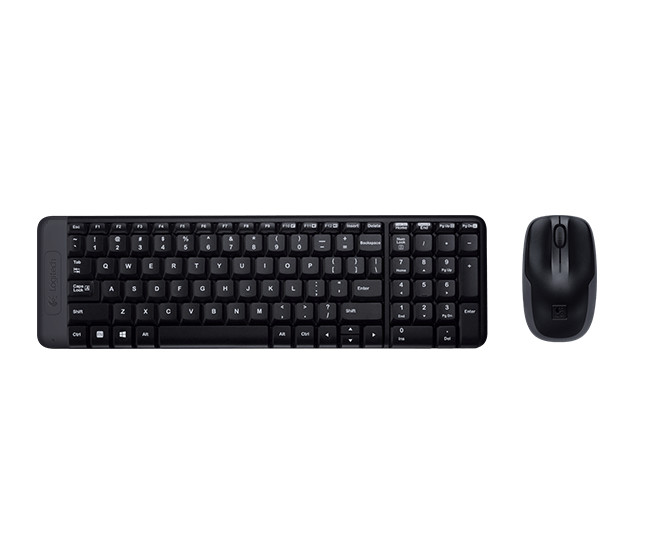 Hmmm. Then I can not see a reason as to why, the mouse and keyboard would be the culprit…

Because if they were wired, I could see something being pulled from the mobo, or something like that. But since they are wireless, nothing would be getting pulled on.

BTW: that is a nice looking keyboard.

Try other mouse and keyboard, then you can be sure about things

and, just take that usb thing off while testing

Then I can not see a reason as to why

Me neither, its really weird. Looking up info of the symptoms it looks as if it were probably a bad RAM stick, but I think it’s extremely concident that the stick failed at the time my cat dropped my mouse.

BTW: that is a nice looking keyboard.

Ty. I first used that combo at work and found it very comfy, so I bought one for my PC at home and so far think it was a very good purchase, the batteries last for months, too. It’s pretty good.

Try other mouse and keyboard, then you can be sure about things

I actually tried with another wireless mouse that has its own RF receptor and removed the batteries from the “combo” mouse to make sure it wouldn’t mess up the inputs while I finished the match. After that I put the batteries back and used it for an hour or so before turning the PC off. The PC didn’t die in the 30 mins or so that I used the other mouse. The receptor was still plugged in so I could use the keyboard.

It may be, but it has died on me while using the front card reader too and also the port in the back, so maybe a short in the USB controller on the mobo?

It may be, but it has died on me while using the front card reader too and also the port in the back, so maybe a short in the USB controller on the mobo?

Get a flashlight and take a good look arround the motherboard. Maybe there is some conductive dust somewhere?

Well, after a very long time I FINALLY managed to find the culprit, it turns out that what causes the random freezes is actually my graphics card, it turns out that it doesn’t adjust very well into the PCIe slot so it wobbles a bit when I move my desk, and causes it to disconnect for a brief period and freeze the machine. The weird part is that it sometimes happen without much effort, and sometimes my cat would jump on the case and move it and it’d continue working. It definitely isn’t the USB (maybe it was happening because I was wobbling the case while connecting/dc’ing the USB receptor)