Wasn't sure where to put this so I settled on networking. Basically my friends and I remembered my IP address by heart. I know it started with 68 but recently I noticed websites telling me its 73. which is odd. Instead of Speed test telling me I'm in the south East (US) it says Kansas. Some sites tell me Virgina. I though it had something to do with my VPN but my laptop and Phone say the same thing. Its really annoying as the Ping in my games has gone up. I was not made aware of this. And Google searching this "issue" I should call it brings up nothing. I tried to change it back in the router settings but it does nothing but block me from the internet. I've attached a Google security sign in thing to show I'm not crazy. 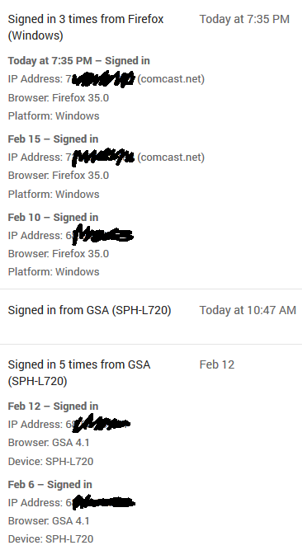 Unless you have a static IP it will change

But shouldn't it change to another IP in my area? Not some random one that thinks I'm in Wichita Kansas.