Coal powered cars might actually be in the future. Even though we have Tesla. Which is the Super Saiyan version of rolling coal.

Life was a way lot cooler back in the day. I was born in the wrong time.

Ooh, cute :-) When was this filmed? Ah, 1982 was it. Turbines do make a lot of noise, cool anyway. It could probably work with charcoal too.

You know, almost all gasoline cars can be modified to run on wood chips. I think the english term is "Producer gas". Burn wood or charcoal inefficiently to produce a burnable smoke and run the car on that. There is some enthusiasts here in Sweden (or crazy people, lol) that does stuff like that for fun. Ran their Swedish site through google translate:

"Vedbil" would translate to "Firewood Car". Google did a passable job translating. They drove a very long way with that car, it uses a considerable amount of wood. Met other Producer gas enthusiasts (crazy but crazy fun/good).

I was going to mention wood gas vehicles. I believe they were used a lot in the 1st and maybe 2nd WW's.

I know they were common here around WW2, no gasoline. Coal dust turbine would probably have been much preferable then compared to wood gas, as they had plenty of problems. The guys at vedbil.se has some smart solutions to those problems actually. Would probably have been hard to produce the actual coal dust back then though.

Coal is bad for the environment and should be used. End of story. 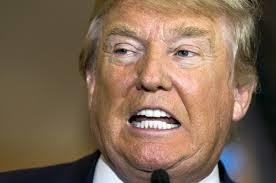 I think something like this had to be halted. Because it could basically be used as a home power plant.

Yup. Clean beautiful electricity. I mean coal. The thing that your computer is running on.

http://www.zerohedge.com/news/2017-02-03/un-official-admits-global-warming-agenda-really-about-destroying-capitalism
Pennsylvania has enough coal for a thousand years:):):):)

Cars used to be steam powered, so yeah, of course coal is a viable fuel.