I bought a GTX 1070 a while back, but never put it to use because it had a broken fan. One of the two fans did not spin, and it was the fan that has the tachometer signal cable coming out of it.

Obviously, this meant that the GPU would not register fan-speed, so the fan-controller would ramp up the speed of the other fan to 100% even though the GPU was almost room-temperature (40C/100F) and no load.

I have since replaced the fans, and I know for a fact they are working correctly because I’ve tested them separate from the GPU, even the tachometer signal is working fine.

The GPU still does not register fan-speed, so I fear that the fan-controller is broken.

It’s for sure not a software problem. I’ve tested and re-tested a bunch of drivers, even on a fresh install of Windows. I’ve updated the firmware on the card to the latest version. That all does not seem to work. I’ve used all kinds of monitoring software, and they all report “0 rpm” when I hear the fans (both, since they’re repaired/replaced!) spinning at 100%.

Does anyone have any idea how to fix this? Can it be fixed?

I know the hack of using an adapter cable and plugging the fans into a motherboard CPU connector. That’s not what I’m looking for.

I actually intend to sell the card since I have no direct use for it myself, but so far nobody seems interested (locally at least). So if I could fix this, I would have a much better chance I believe.

The warranty on this card has expired, I’m afraid, so it’s either repair it myself, or sell it very cheaply if at all.

Could be a broken trace or cold solder joint on/near the fan header or controller.

In theory, you can run a bodge wire from the pin on the header to the corresponding pin on the controller. The difficulty will be finding said trace. A multimeter is not necessarily going to help.

I have re-flowed the solder on the fan-connector on the back of the PCB but that didn’t fix the issue, sadly. So I tried to find out where the signal was going.

The PCB has about 10 layers, and I see no connection on the two outer-most layers except for the ground, so I honestly have no idea where the internal traces might be going. I can’t find a schematic for the PCB online either, so I think this is impossible to repair for me.

Thanks for your help though!

Can you tell us what the 3 connectors on this image are used for/hooked up to (1x top left, 2x bottom right)? 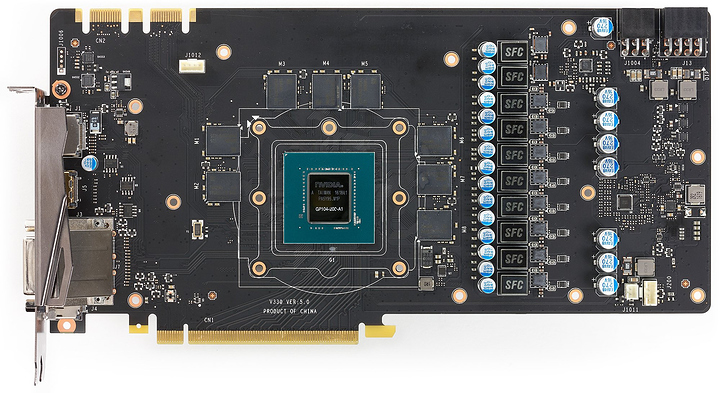 Also, have you tried looking up datasheets for the IC’s nearby to those connectors, to find out which control the fan speed (if it is any; hopefully the GPU die isn’t the thing controlling fan speeds…)?

I suspect the fan controll is done here: 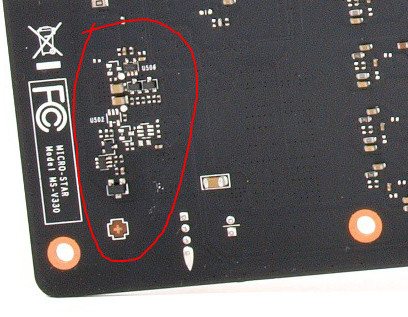 The parts on the front near the fan header (top left header is for LEDs), are similar to the ones near the PCIe-power connectors. So I guess they are power conditioning.

The top left header, and the left one of the bottom right ones are for LED power. The furthest-to-the-right one is the fan connector.

I’ve looked at this area very carefully. I haven’t seen anything that stands out to me.

I’m probably just going to sell the card for a reduced price in the current state before I accidentally damage it myself.

Thanks for taking the time to try and help me everyone.

Most likely was a resistor that was ripped off the board, or a cap shorted to ground, causing the fan control to not work properly. But considering how much cheaper you’ll sell the card, it may not be worth your time to try to find the problem and fix it.

If you did want to fix the card, the quickest thing to do would be to visually inspect that back corner and see if anything looks like it was ripped off, and/or use rubbing alcohol in that area, and seeing where the water evaporates first, showing where a possible short to ground is.

Edit: Here’s what the pads could look like if a capacitor/resistor was ripped off the PCB 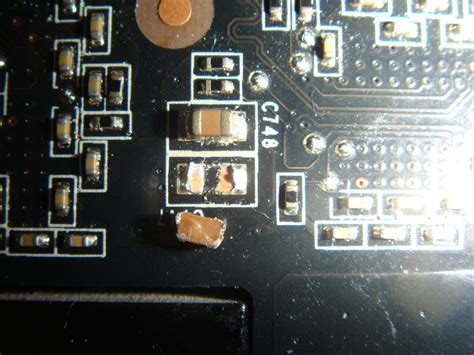 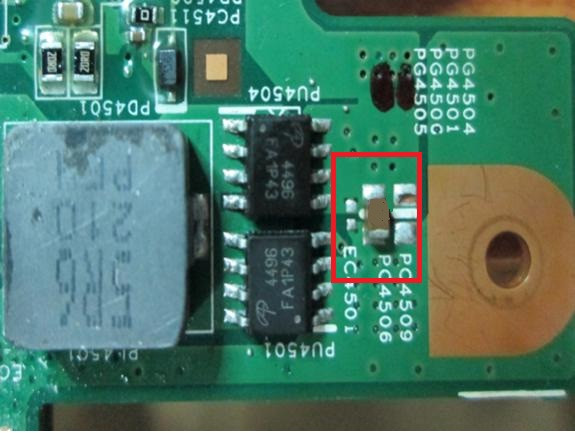 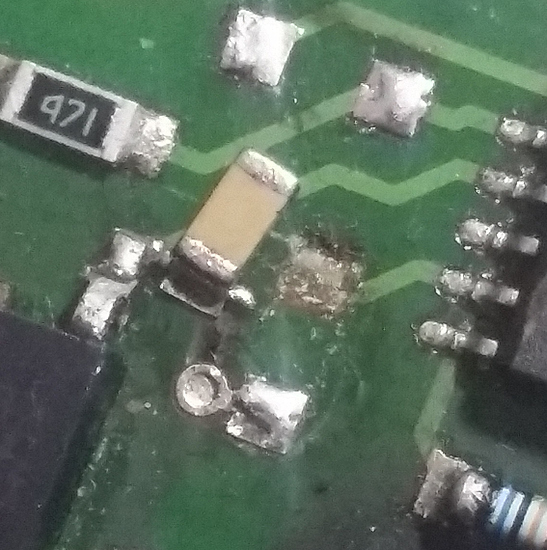 If there was never a capacitor/resistor in that spot, there will just be a smooth solder bump on the pad (shown very prominantly in image #1).

I visually inspected it and it looked all OK to me. Here’s a photo of the suspected area. 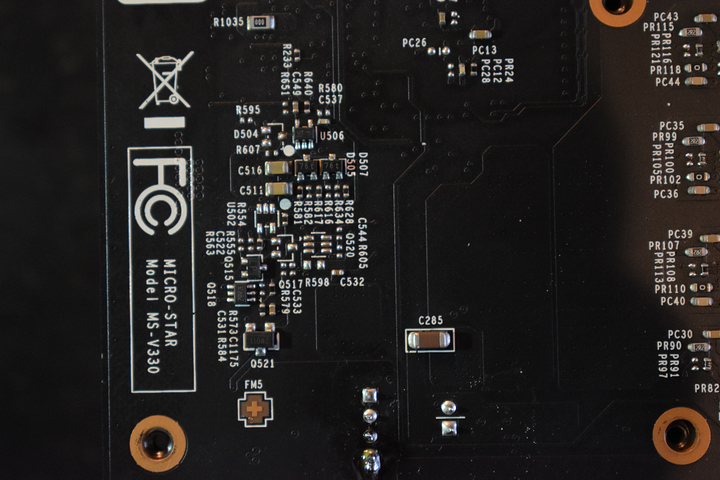 Further, the card has a 2mm steel backplate protecting the board, which looked like it was never removed before (considering the screws were very tight and in factory-condition). The orange circle is one of the screw holes of the backplate.

The ‘spots’ you see on the bottom and right are dust particles that were trapped between the PCB and backplate, no water damage or anything.

I actually just managed to sell the GPU to someone (€200 / $230 for those wondering), so I won’t pursue this further. Next time I’m in a similar position, I might try the alcohol trick. Thanks

[closed] is more fitting as it is not really solved.

I would have just kept the card and ran the fans off mb header myself but more power to you for selling it off.

I would have tried that, but I bought a new 1070 Ti while I was waiting for the replacement fans to arrive. Since I have a Ryzen CPU, I didn’t have integrated graphics. So when I repaired the 1070, I didn’t have any use for it anymore.