Hi
I couldn't find any category similar to this.
OK so I upgraded to windows 10 ,I have a Microsoft account but I switched off all the snooping idiocy but I started noticing random ads on chrome which start up even when chrome isn't running
I did a clean chrome install and have adblocker installed but periodically my chrome tab opens and shows ads.
I don't understand if the problem is with chrome or windows, it started after windows 10 install.

Running Chrome and Windows 10 on all my PCs never had this happen.

Sounds like some kind of Malware to me. Adware/browser hijacker. Do a scan with whatever you normally have and MalwareBytes

On top of that, it's windows. What do you expect...

Thanks for this amazingly informative and helpful post....
/s 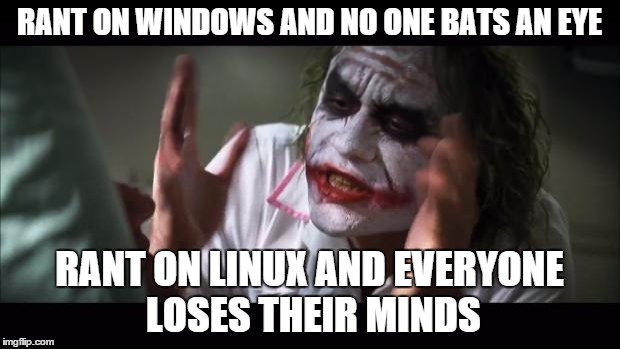 Use Malwarebytes and see if you have anything strange.

Also if i'm sure what i think it is. See if you find something called "Search Assist" on your system it's most likely that. that virus is easy to catch. and it's the biggest one off the top of my head that spreads ads like hell.

What extensions has chrome got? I saw behaviour like this on a friends WIn7 laptop after she'd installed something to watch a film online. A bit of googling I managed to find the process and uninstall the thing. Chances are you said yes to something and it installed it at the same time.

Also WhiteSmoke and WhiteGhost are pretty common ones, or at least they used to be.

A keylogger would watch what you would type and magically ads would appear in skype, in browser, and sometimes open the browser to show you an amazing deal on some bajorgen of randomly slapped together words!

Confused the hell out of me when I was about to click on some Google results and the page would fold back and another set of results would appear!

some kind of Malware to me. Adware/browser hijacker.

Thats exactly what it is, I know some program like this gets downloaded when you install a certain unnamed windows activator but the remedy to that is to install the activator to a flash drive and extract the application without running the installer. Can be included in other "free" software as well and it was a female dog to find and get cleaned up and if you don't have much already on the computer then a fresh install may just be the easier solution. Try checking the element on these ads and see where they are originating from. Good Luck

Oh, and piracy is wrong and stuff so don't do it you bad bad person you etc...

Yep looks like it was malware,used malware bytes haven't gotten the pop up in a day now.
Have been looking into Linux for a while now just haven't gotten to it.this surely is impetus enough to move over.
Thanks all.

Yeah that was pretty notorious ,search assist got rid of it in win 8.1 never came up after that but this stupidity started after win 10 install, must be something to do with one the chrome ext I use.

BOT NET... (JOKING) but in reality im thinking its just a bot behind the background processes doing this... or you just have adware KAPPA

Check your extentions and in programs/ applications look for conduit search or some oner search name you don't remember.