Choosing a new phone, in a bit of a pickle

Hello all, in a bit of a tight spot on choice here, I dunno what phones are good now.

My last phone I liked was my LG V20. It had good audio, did good video work, it ticked all my boxes. However, due to upcoming circumstances (lots of business work and self data management) I don’t think it will cut it. I think it will get ram starved, and has already shown signs of some slowdown.

You could argue a newer chip would be feasible, so I tried one. I found a phone with a Helios A20 and 3GB of ram. If doesn’t have a great camera, but for a demo, it was worth a shot. I starve this one as well. It doesn’t seem to matter what chip it has, I just do a lot with a phone, probably more than the average.

So I thought, ok, I’ll just get a oneplus. No tmobile sheen on it, no extra crap, but looking at some things and seeing other peoples perspectives on performance between the 888 and 8G1, I am concerned about the chip thermal throttling. So I thought, ok, what are my needs, list them out.

With that, I am aware of a few things. For one, iphones have good cameras, do not alternate the audio at all from MQS, and right now hold peak performance for an all around phone. My issue is, I don’t know if I can use an iphone with my computer systems that I have as I am going between not just X86 boxes, but PPC, and even SPARC. I don’t know if iphones use MTP, or if APFS allows automounting, but even if I could get it to work, I don’t expect reliability. MTP is just… pliable, I can use it everywhere.

I am not likely to use a SPARC machine as my desktop, but I AM liable to get pissed at it being slow pulling a repo and just pull it with my phone and plug it in on USB. As well as many other things I do a lot.

I have many other use cases that make an iphone more a small ipad to me than a useable phone / personal communicator / dashboarding device, but I don’t think they are as legitimate to yall as the above example. But managing amigas with a USB C cable is a lot better to me, I dunno about you.

Devices I have thought about thus far:

I would love to use this but I am scared of the reliability. The communications protocols being familiar in the OS would be nice though, and not having to relearn new android BS would be insane, but I don’t think these are at a reliable stage yet. For one, my ram choking issue. For another, I don’t believe these had the greatest cameras. I am going to be running a bunch of R2R stuff and a new business for myself, so unless I was going to offload everything to a server and just depend on a web browser not overwhelming the phone (nothing else I would do with it would overwhelm it), I just… oof, 3 GB ram max. I dunno.

Honestly same issue, I process a video, do something in vivaldi, jump to twitter, check a game’s dailies, message my mom, all in like 5 minutes, that 8G1 can do it, duh, but when I drop that thing in my pocket, boom, fire in my pocket. With an iphone 5 this is cute because its like it throws a tantrum and then you turn the screen off and its like you put it to sleep. Its adorable.

With newer devices, and these big desktop-tier processors we have in phones now, just a damn supernova.

The tensor chip intersts me, though I wonder about using things like F-Droid. I worry about software compatibility here. As well, the pixels do weird shit with audio, no bueno on my charts, but I also have an ipod. I COULD ignore this externally, and I kind of want to anyways.

Just like get a V70 or V80, they exist, no one bought them for some reason, and its the same as what I had before. I’d just worried about support. I can’t even root them and depend on hackers. I’d have to build it myself eventually. Meh. And again, with stagnation comes security issues.

Also the wing looked neat. IDK, probably has endless flaws, but its a thing.

Get a flip phone with data tether and carry a laptop

All input welcome. I could just be expecting too much out of a phone too, but equally I do enough to overwhelm display units, at least I did a few years ago.

I vote for the Pixel. I have one myself. Google gives long support and swift updates.

The tensor chip intersts me, though I wonder about using things like F-Droid. I worry about software compatibility here. As well, the pixels do weird shit with audio, no bueno on my charts, but I also have an ipod. I COULD ignore this externally, and I kind of want to anyways.

Google just opened up pre-orders for the pixel 6A. The lower spec version of the 6. They are offering an insane trade in of $300 for the old pixel 3a, which would make the net price $150 and comes with a free set of google ear buds. It would have the same tensor SOC and 128GB of storage.

I’m not a fan of google, but they make cheap hardware with an unlockable bootloader. I can’t speak about the stock rom, but I can use f-droid and sideload on custom roms. It’s still an arm device.

Edit: to be clear, the $300 trade in sounds too good to be true AND you would be dealing with google. caveat emptor!

Google just opened up pre-orders for the pixel 6A. The lower spec version of the 6. They are offering an insane trade in of $300 for the old pixel 3a, which would make the net price $150 and comes with a free set of google ear buds. It would have the same tensor SOC and 128GB of storage.

Isn’t that a 4gig ram phone though? I’m scared of choking it

6bg of ram, last I checked. 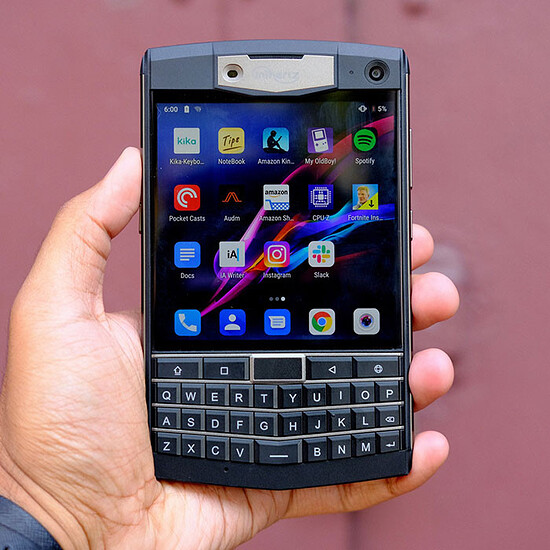 Don’t match your list, it’s just a hell of a phone

If you’re a baller, Sony Xperia’s are probably what you’re looking for. Only thing is battery’s bad if you are running the screen 4k 120hz

Ltt did a unboxing of the two 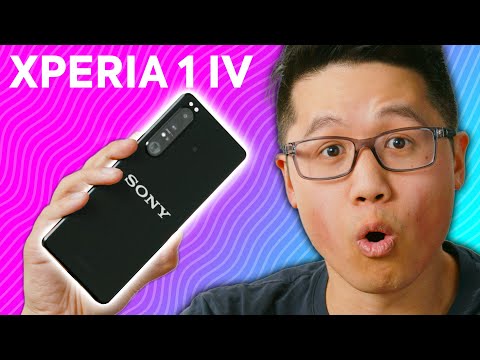 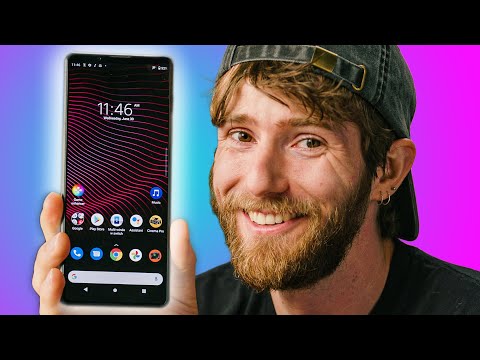 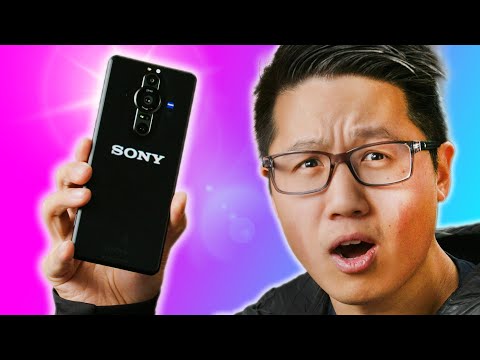 Also has the following features

Good Audio - whether a headphone jack

Camera’s good, their in house image processing isn’t as good, but you can shoot in raw to diy it

Up To Date - Worried about security

Just make sure to get one of the newer ones 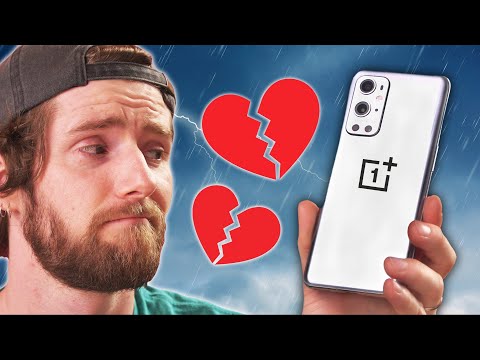 If you’re a baller, Sony Xperia’s are probably what you’re looking for.

Oh, there you said something. Anyone know how Jolla is these days? I Haven’t used it since the original Jolla phone, but I trust Jolla a whole lot more than Google. Oh², it’s not avilable int eh US. Wonder why?

So, as to not steer the conversation too far from the subject at hand, I’d really recommend a flagship of any of the bigger manufacturers. Samsung, Xiaomi, OPPO, OnePlus, and some of the others have flagships with a sufficient amount of memory, but Xiaomi and Oppo also have phones with huge amounts of memory. There are some other manufacturers that also offer 10GB+ of RAM, but I can’t remember any off the top of my head.

But with these types of phones you really have to be careful, because it’s a question of how much ram does their system need and how much is left useful it is for the user. If the system eats a ton, then having 12 gigs doesn’t really do that much.

regarding longevity and “future proofing” I’d get a flagship. that should be my advice

I’d bank on the pixel. At the end of the day, the Pixel is an ARM machine, just like snapdragon, so it should run F-droid stuff without issue. And considering current reliablity issues with OnePlus, I think that’s your best bet.

Let’s try to address a few of the requirements:

Pretty much any phone you’ll look at will thermal throttle at some point, I would however highly recommend looking at Qualcomm’s recent 700/800 series due to battery performance and overall stability compared to Exynos and Mediatek.

Sony Xperias are nice phones and software support is good overall, they simply work in most cases. I’m quite surprised that you list Oneplus and Xiaomi who both have a rather bad track record when it comes to firmware stability and aftermarket support (updates).

You can rely on 3rd party firmware but they’re sadly quite buggy and still limited to whatever code base the manufacturer and SoC vendor releases.

Unfortunately the new Nokia dumb phones aren’t as good at all. I think they’re slightly bigger and the T9 isn’t as good as it used to be. KaiOS is a cool idea, but not very developed.

Something like LineageOS. All Sony smartphones have documentation fron Sony themselves on how to root and rom and unlock BL. It is part of their open-hardware initiative.

Warning: If you use a phone outside, anything less than 700 - 750 nits will not be easily visible and you will need to cut glare / find shade.

Camera’s good, their in house image processing isn’t as good, but you can shoot in raw to diy it

Any opinions on the RED Hydrogen One? I saw one on amazon for 300 bucks the other day.

but I can’t remember any off the top of my head.

And considering current reliablity issues with OnePlus, I think that’s your best bet.

Hmmmm, I will consider this

Oh yeah I remember hearing about it being pretty bad. It’s as niche as the pine phone. 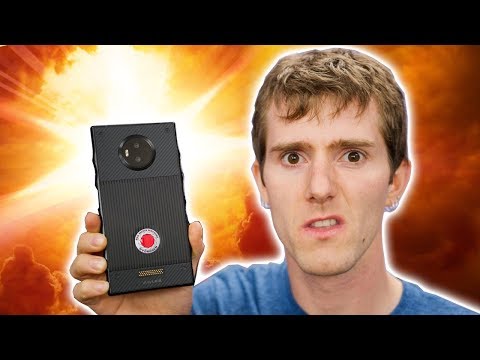 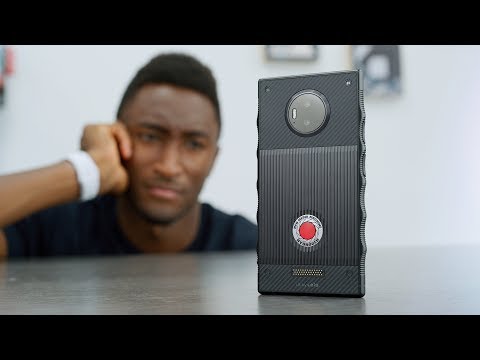 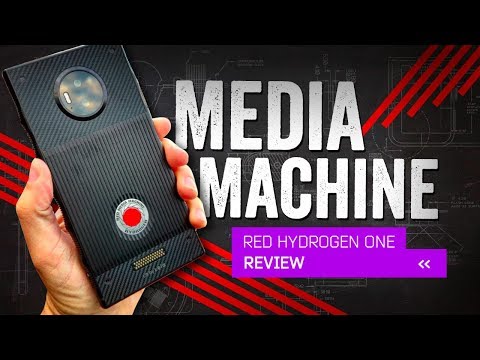 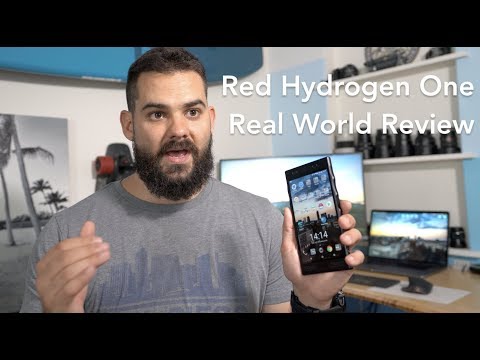 Only thing to keep in mind is that it’s 3 years old, so your security updates might be a concern

I’m quite surprised that you list Oneplus and Xiaomi who both have a rather bad track record when it comes to firmware stability and aftermarket support (updates).

They allow you to hack them and overwrite their software, which I usually do after about 6 months and use either Lineage or RR. Yeah sure their little toybox OS’s are cute but I want to strip the google shit out at some point and just run FOSS stuff. If I need anything Play Store wise theres Aurora or Yalp.