Chinese kids, as young as 6, will soon learn AI and programing When Fu Ling gets off work and walks to the subway station each day, he passes by a huge advertisement board urging him to learn more about the children's programming class it is offering.

China’s State Council has released plans to introduce AI related topics and programming classes to students in primary schools and secondary schools. This means that kids as young as 6 will be learning about AI and how to program AI.

Right now private firms are advertising themselves to have children come and learn about AI and programming, so that when the time comes for the classes to start in their school, they will not be left behind.

At one firm, the younger kids start off programing LEGO robotics, which costs about 1,000 Yuan and is 20 classes long. That firm has also stated that in the second financial quarter, the school recruited 1,725 students. A 73.5% rise over the 1st quarter. 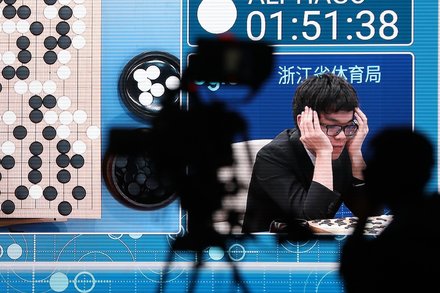 A new plan from the top of the Chinese government calls for the country to become a powerhouse in artificial intelligence in just over a decade.

A new $5 Billion industrial zone in Tianjin is already being worked on and China is investing heavily in AI firms, startups and academic research.

All of this comes as China aims for AI to be made in China by the year 2030.

honestly I don’t know why they’re not doing that here in the US, it’s probably some kind of self-determinism ideological thing, but whatever. Programming classes in elementary schools would be amazing.

Any kind of useful classes at any point in the school system would be nice.

First and foremost chinese kids should learn that their communist leaders are willing to blow people up with tank shells to keep the oligarchy going.

So, what is the best Chinese dialect to learn?

Because Bible studies are obviously superior. Jesus > AI. It is known.

Because Bible studies are obviously superior. Jesus > AI. It is known.

Preeeeeeetty sure that apart from the deepest of the south and private church-run schools this is no longer the case in the US. Apart from a Comparative Religions class I took in senior year, I didn’t touch a single bible in school. But I digress.

PROGRAMMING FOR THE MASSES.

Before we even get to the point of teaching everyone to program we should first focus on getting them to be more then just simple tech sheep. but that goes against the government agena do shurgs

Before we even get to the point of teaching everyone to program we should first focus on getting them to be more then just simple tech sheep. but that goes against the government agena do shurgs

I don’t give a shit if you program on your ipad or a thinkpad running gentoo. The important thing is that you’re learning important skills. Don’t get me wrong, if I could have my way, it’d be the thinkpad, but I understand that not everybody is ready for that and the ipad probably represents a lower barrier to entry. Not to mention that the more interested in the field people get, the more they’ll be open to Linux and the locus of all knowledge that lies within.

The difference between the US and China as far as education goes is literally the Asian stereotype. In the US, people think it’s cool to get bad marks and that it’s not a big deal because of this entitlement culture western society is starting to develop. In Asia, most people (at least everyone I’ve met/talked to) are focused heavily on their education and success, almost to a fault.

Don’t get me wrong, a balance is important, but don’t give up opportunities for a little instant gratification.

For parents (and students, for that matter) out there, check out the FIRST robotics program. It’s, in my opinion, the best chance for kids to get a proper primer in STEM fields in the public school system. Not to mention the scholarships awarded through the program. Something like $50M/year.

i dont mean they need tech skills to the point where they can compile gentoo without a handbook but enough to know what a file system or partition is. that kind of knowledge

I am assuming that you are referring to character and not the speech? Because traditional characters are easier on the eyes in large print, but simplified is nicer for smaller print.
Mandarin is the national dialect.

That’s interesting. Never would have guessed.

I would prefer teaching children how to educate themself. Would make for a much more open minded and attentive society.

Teaching how to code is also overshooting the goal. Only few people will need to code, but many will have to work with computers.

Teaching how to code is also overshooting the goal. Only few people will need to code, but many will have to work with computers.

I think that the more important skills gained from learning to code are problem solving and formal logic. I agree that few need to code, but since even farmers are using computers daily now, I doubt there will be an industry that hasn’t got some level of automation by 2025.

Yeah totally agree. There are many things we could teach children that we just don’t, and they spend their life trying to learn, or are just disadvantaged from not knowing. Things like basic psychology would be a big benefit. Imagine if everyone knew how to argue effectively, arguments would not last longer than 5 minutes.
Programming could easily slot into mathematics, which already loosely covers functions and problem solving techniques. And the best bit, is you can get hands on with it immediately.
Maybe I want to live in a cyberpunk world, this is one step closer.

I personally don’t understand how they could attempt to teach programming to kids who are just barely grasping numbers. BTW I am more talking about US public schools.

You wouldn’t jump straight into assembler, youd start with basic flowchart stuff, or turtle style robots. I tend to think the more interactive the technology is, the easier it will be to learn. Kids can play games on tablets, how much more difficult is it than that?

Its a bit like the US is looking at CRISPR now. China is full blown into it without a care in the world. Keep up or be the ones asking question on how that works.

IT education is an odd thing; people seem to think it’s either teaching kids how to use MS Office, or teaching them to become programmers. One is clearly not IT, and the other is just a single aspect of it that a lot of people won’t actually enjoy…

There must be plenty of people on here like me with successful IT careers, but other than a bit of scripting, can’t really write code of any value, and yet we still love tinkering with hardware, software and getting stuff done.

Back when I was at school IT really was word processors and spreadsheets, I failed my IT exam at 16 - mostly because I refused to use the very Microsoft centric terms that were expected… thankfully learning how to build networks and gaming machines whilst studying history at university let me walk into a support desk job