Just wondering if anyone has had any experience with any of these cheap Chinese smart watches?

I'm looking for one which is able to change the track I'm listening to on my phone. I'm awear that most of these watches can do this when playing music through the watch itself, but not the phone.

Some of these cost practically nothing (the ones I messed around with were about £5 each!), so I was thinking of purchasing one. Even though they aren't the most amazing piece of tech, I'm just looking to use it as a music controller.

padgen china smart watches from amazon are better than the first/second gen samsung watches hands down. lots of features. make sure you get the gen 2 or later version for the china version. i had gear 1.2 and they werent anything amazing.

if you want a great smartwatch you can develop for look into sony sm3. even the sw2 was great but not water resistant

in short yes some china watches are great. look at the reviews. take the 1 stars with a grain of salt though

Unless you have bluetooth headphones when don't ya just get a dedicated Mp3 player? The sansa clip is pretty solid and has a microSD slot 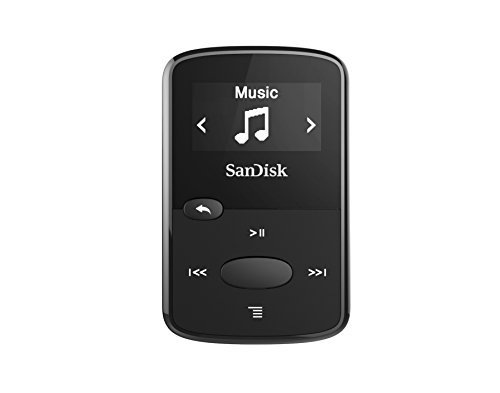 Put the fun back into music-on-the-go with the compact and colorful Clip Jam digital music player you can clip on and take anywhere. The bright one inch screen and big navigation buttons make it easy ...

I prefer having everything in my phone, instead of carrying around multiple devices. Furthermore, I don't listen to MP3 files. Lossless audio only.

Having a dedicated media player poses the same issue of being unable to change tracks without removing said device from my pocket.
I also like the idea of checking notifications and time from my wrist, which out having to pull out my phone every 20 seconds.

Thank you for the marvelously informative input. Always appreciated :')

I can see where he is coming from I used to use a NOTE 3 at the gym with Bluetooth head set. its a bit heavy to carry around in gym shorts. or if you just wanted it in your bag. I use my phone to cycle through the play list when I ride public trans

Just received a £10 smartwatch I got off ebay (DZ09 - if anyone was wondering). Works fine, touchscreen can be a bit fidgety at times but I'm sure all smartwatches suffer the same issue due to screen size.
The bluetooth music app on the watch does indeed allow you to change the music track when using headphones connected to one's phone. Far more convenient than pulling the entire phone from your jean pocket - especially helpful when cooking (as you might imagine). This information is not conveyed in any 'review' online.

Inline media control adapters for wired headphones are, not only scarce (and therefore expensive), but shockingly awful. There is also a very slim chance that they would even work with android devices.

For £10, I got a surprisingly well functioning device. Saved myself some £40+ by not buying a crappy mp3 player, which would only be able to hold 1/8th the music content my phone currently has stored.

A year ago I would have almost bought some cheap chinese smartwatch when I in shenzhen just because reasons and it was super cheap. Don't know why I didn't

I have a question, is it possible to listen to music on your phone and use the watch as a remote ?