We need to perform data erasure on large sums of m.2 based NVMe drives weekly. I am looking for a set of hardware that would be hot-swapped capable and as tool-less as possible. Being able to hot-swap 4+ drives is ideal. Since erasure happens on the drive itself, the bandwidth provided by the controller is a non-issue. Most hot-swap setups are designed around u.2 so the system needs to be able to accept a u.2 to m.2 adapter. I have seen icydock’s concept product. A 5.25" bay unit and thought to pair it with an internal HBA card. Highpoint has a 4-bay external unit and I have not seen a hot-swap HBA card from them. I am just not sure what to go with.

USB3 to M.2 external enclosure, they are so cheap you can pick up several, rather than trying to find one that holds multiple cards.

No idea on the u.2, maybe the m.2 to u.2 adapter cable would work with a usb enclosure?

If the device goes through a USB interface will be detected as an external USB device and will probably not pass commands to initiate crypto erasures or block erasures.

We are not looking for dirt cheap. We just do not want to spend 20k+ on a full hotswap u.2 server.

No such device exists, aside from the ICYDock thing. There’s also a PCIE expansion card with a single “slot” in it for m.2 drives.

How about one or several of the 4x M.2 cards? Not hot swap but at least you can mount four / eight drives to a server at once, wipe them, swap in the next batch.

Samsung Magician sees my 970 Pro M.2 drive mounted in an external enclosure. That’s not enterprise grade, so may not be very useful.

If the device goes through a USB interface will be detected as an external USB device and will probably not pass commands to initiate crypto erasures or block erasures.

This may be an issue, but have you double-checked this is actually the case? It may also be that your choice of OS affects this, perhaps a Linux system could do here what Windows will not allow.

Since these enclosures are cheap, $25 isn’t much to spend on a possible solution. Otherwise, invest in an open air bench and two 4x PCIe cards - swapping 8 of them between each boot should be fast enough. 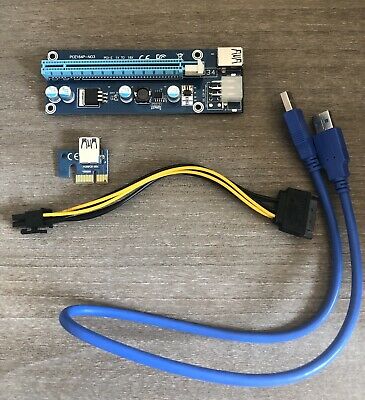 Find many great new & used options and get the best deals for PCI-E Riser Mining VER 006C at the best online prices at eBay! Free shipping for many products! 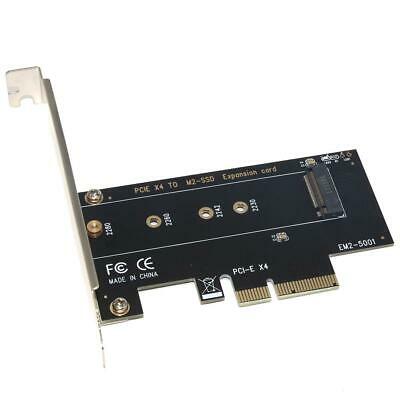 How about a 4x m.2 add in pcie card, plugged into an external GPU housing, connected via USB-C Thunderbolt?
Margianlly more prductive than a few usb m.2 enclosures, and easier to swap drives in - and- out than just a AIC in the server?