So I’m running my fujitsu m2010 as an server for like 2 years now, and I got some funds to change it. I need something that can use a max of 50-70w, so I was thinking about an thinkpad L440 with celeron that I can get for ~100$ with 8gb of ram and 2x2,5" bays. I really need just 1Gbps ETH, space for drives and ofc. low power consumption (m2010 is running at ~15-20w with battery). Also I was thinking about some kind of mobo+soldered atom N37xx (iirc) but I dk about it power consumption, plus it would take a lot more space than another laptop (I’m changing places like every 3-5 months atm and my car have a limited space for all the hardware I own). I’m running debian 9 cus btrfs.

If that N440 model has the celeron 2950M like my quick google says, that’s actually a Haswell celeron, not an Atom, and should be a massive performance improvement over both your ancient netbook atom and the new atom you were considering.

I’ve used an Asus Chromebox with a Haswell Celeron for several years as a little linux box, and it’s an amazing performer for the money. That was going to be my recommendation once I saw you were looking at Atoms, but if you can get the L440 with a haswell for $100, that’s even better!

Maybe check some mid size businesses in your area for some used laptops?

All use laptops and probably some decent dell, hp or lenovo parts.

I already did (but in my country it’s not that easy to get anything from them, they just sell those to workers or throw to some recycling comp.) but I really don’t need some powerfull server (I would get my x3250 m3 to work if I would like to) at the moment my only concern is power consumption and I’m searching for small one that can just sit on my desk and work all day and night, and don’t really disrupt my sleep or anime time.

ive had this for a year, its silent, not low noise, silent. it has 2 GB eth ports. ive used it as a PLEX box but now its a firewall as my original plan, the 2 ports being gig, im sure ill keep it as such for some time.

its so dependent i forget about it. it just sits. Below pic, large case also good end table, after a year of sitting there a friend just noticed its not a table. 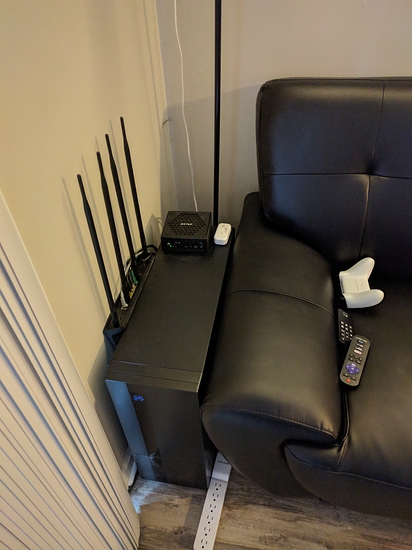 Whoa that’s a nice one, but the price for cheapest one is like ~70$ over the price of the L440 with 2GB of ram QQ and it’s barebone, but I will write it down for future

its nice for the price. The fanless part is more what i like about it, no moving parts in it. i could pick it up and punt it down the hall and plug it back in. so moving it would not be an issue. and it checks the silent box as well.

ehh, i dont know. its headless and i dont have a monitor that isnt mounted… i can drag it to one later and check.

im sure you can lock it with the OS if not

Heh, you’d think the four giant antennas, power cable stretching up to the ceiling, and bright white power strip sticking out would give it away. Your friend might be legally blind!

Its for the movie lighting… 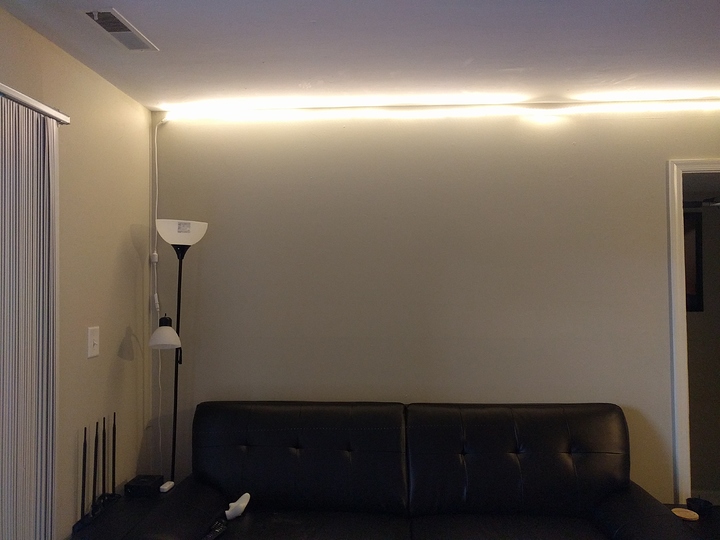 This couch reminds me of something

I HATE IT. it has no soft. its all springs.

i can see why a rental Co would love it in that i can see it lasting thru years of rents (collage town) but i still hate it.

And the arm rests are so low you can nap. its such a bad couch

I have simillar one in my rental but almost no springs, but after couple of months of sitting on it ~8h a day it’s like 2cm down than it was originally. But ye rentals are the worst in some ways.