Title says it all. I'm challenging anyone who cares to respond to come up with a multipurpose home server under $250.

What does it need to do?

Uhhhhhhh, something like that... if you want new. It would be a lot better if you go used or list what you already have. HDDs, case, PSU, random junk you can leech off a friend. Think things like LGA 1156, people probably just give those things away when they don't want it.

The power supply is probably going to catch fire

but a 6300 based build
http://pcpartpicker.com/p/FmLrjX

Yeah, I have no clue what PSU came in that case, the case is probably 5 USD max... but they slapped some junk in it to bump up the price.

Wow, sounds like it's not much of a challenge. How about 2TB storage and no fire risk?

Now that would be pretty impossible

@NeOZeN seems to have done it.

PSU would be less of a fire risk for sure from coolermaster, but I can't think of a case that comes with an 80 plus power supply at the low price range

You think you could do it using a cardboard box as chassis?

I was born to do that, god I miss my big foot drive, no idea how I lost it, but ya without a case that build is much more possible, maybe, probably not 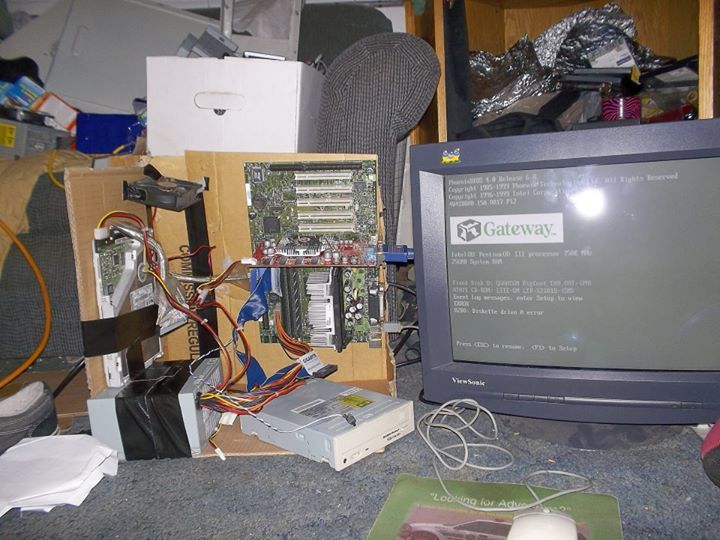 Yeah, Neon's build is really good. I spent a lot on the PSU and CPU, to avoid fires and allow for very minimal expansion.

I'm always in the mindset of salvaging parts when building extremely cheap, even my current gaming rig is salvaged from various places with the core being brand new and that ran me 250 USD.

The Pentium build above looks solid. Another option is to just see if you can get old parts or something from craigslist or ebay. Be patient and frugal and you could probably build something good. Buy the HDD new though.