Can't install anything in Manjaro Openbox

I'm having a problem in Manjaro where I can't update or install anything. This is a fresh install. This is what I get when I do "sudo pacman -Syyu" This only happens in the Openbox version. 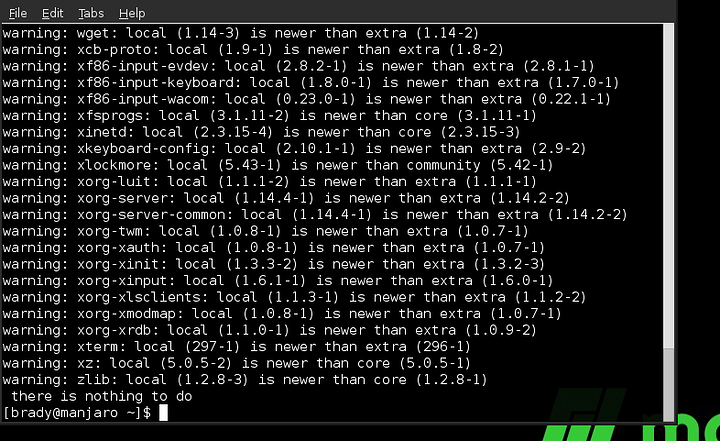 Trying to install Firefox it just says it cannot reach any links. This is in Virtual Box if it makes any difference.

I went to advance settings > pacman/servers > switch stable, unstable, testing and set it to stable.

It seems to be working now.

I might be (though unlikely) the image you installed was in testing but the repos were set to stable.

This might be useful for me.Going to be install Manjaro on a spare laptop and play around on it.Thanks!