Can you ID these Mobos?

Saw this and thought of all of you. Pause as soon as you start the video.

One in the middle is too covered to tell. The ones in the back look like server stuff to me or something. The one in the front right is desktop grade, for sure. Maybe something Z97. Can't tell from first glance. Might look again later.

pretty sure the one in the back on the left is an old Gigabyte (maybe a SpaceWalker), and I am betting the one on the front right is an MSI. That's the best I got.

bottom right is an AMD socket I can see that much, as to which one no idea

Bottom right looks like a am3+ board indeed.
I think its a Msi something.

the closer heat-sink looks a little off, Probably a revision, still I think i got it

You beat me to it by a few seconds.

Top Left on the stand?

No idea, it's old as heck though, Just look at that PGA socket

This is similar but not it

Top Left on the stand?

No idea, it's old as heck though, Just look at that PGA socket

I want to say definitely Supermicro, because blue and black RAM slots.

FOUND IT, its not supermicro 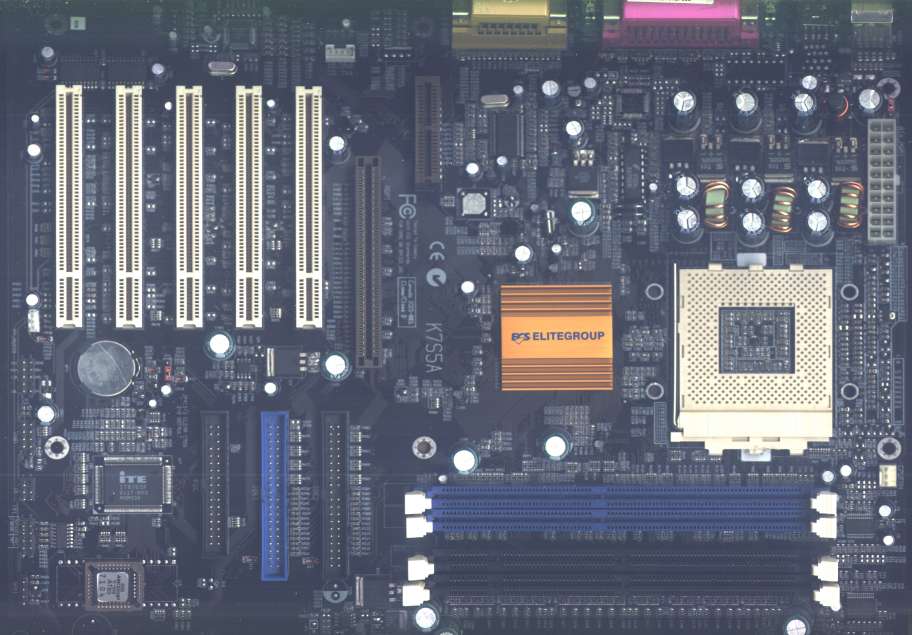 The The board is cut in half, The PCI slots are on the top right of the video
K7S5A V1.X ECS

I knew it was a socket A board,
And i was allmost sure it was ECS due the gold heatsink on the Northbridge.