Can this build be cheaper with same performance?

Looking at building a cheap PC on Pccasegear. This is going to be a cheap PC that needs to be capable of playing some games on medium settings. Nothing like the Witcher 3 or anything but just some games like csgo, league and some telltale games. here is the list I've put together, any input would be appreciated.

I personally would not go for anything that is a "silent" case that is not a Fractal. They are known to have cooling issues, it is better to get a case for ventilation and get silent fans instead. The rest look "ok" to me.

So what country is that from?

It's from Australia, I also buy stuff from them sometimes. They're pretty good!

If you're set on staying with PC Case Gear, I'd recommend bumping down to a 1TB HDD instead of a 240 SSD (HDD is fine for those games you're looking at) and also maybe change the case. 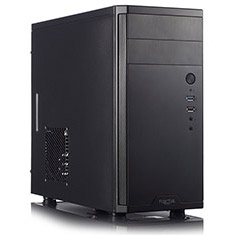 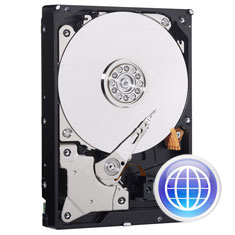 You can also take Streetguru's advice and opt for an AMD build if that's in your interest. I'm currently on AMD and it's been totally fine for gaming.

Well here ya go, should be good for what you want to go, you could always throw in a GPU later with the 520W

You could always go ITX as well, the motherboards are about $150

I don't the 860k is available in AUS, least not in the part picker

Pricing and availability are weird

Yeah, the 970 would be nice. Hmm... That sucks about the market down under.

The 860K from newegg comes to about $130 AUD - includes shipping down to my area. Obviously will have to wait a week or two but yeah.

Changing up to the 390X might come with a PSU upgrade from what yzyzso was after. It's pretty power hungry from what I heard! It also costs $659 from PC Case Gear for the MSI version haha!

mate i don't know your budget but i would suggest buying your parts from multiple sources else unless if you don't have access to a car or public transport to like, Scorptec, MSY and such in your area. I am currently struggling to make a build for you on PCCG due to my internet being a dick.

Here I made it a bit cheaper and more suited to your needs. http://www.pccasegear.com/index.php?main_page=wish_lists&wlcId=510123&action=wish_lists

Hey guys, thanks for replying.

This build is just meant to be a family PC, I would like to spend 800 - 1000 AUD if possible. Just didn't want to go integrated graphics lol. I'll take MrChumps recommendation into consideration.

Considered 2nd hand - gumtree, ocau forums, ebay?
Even if you were to get an ex-business machine (i5 or the like) then just change out the psu and gpu (provided the case is suitable) you should be able to pull together a decent enough build. Other mobs to consider for parts are PLE, Netplus, MWave, ShoppingExpress and even Kogan online.

http://au.pcpartpicker.com/p/qTTLZL I put together an amd build it but as you will see my build does not have a gpu. my idea was you could buy the gpu from the first link you gave. I could not find one on pcpartpicker Australia edition. with your gpu the build comes to about $950

Well here's the thing to remember about CSGO. It's extremely easy to run, for example I used to get 60 frames on like a 4860. If you want something that will be affordable and run some games decently here's what you should do. Ask around Tek Syndicate to see if anyone has like a r9 270, GTX 680, 7870, or similar card which you can buy off them used for a deal. CPU wise an 860k with 2x4gb 1600mhz ram will do you. That would do you for a little while. Also sans any SSD's and just stick with a platter drive.