Can steam be made to run on a 32bit machine

I am aware 32bit was dropped. However I don’t really care. I still want to use steam on my Dell B130 as its my laptop I take out with me. I install a lot of games on stuff as old as pentium m’s, and a lot of stuff in my steam library is also used to benchmark hardware.

I understand that the web browser component has been swapped out. All I wabt is the library page, which if memory serves is NOT web based. Is there a way I could still access it? I want deus ex, banished, and a few other games.

Steam has a CLI client called SteamCMD. I have no idea if it is compatible, though!

I think your best bet is a 32-bit linux distro. I’d start by checking ProtonDB for game compatiblity and make sure it’s worth exploring first. The two you mentioned are both platinum status which means they should run perfectly out of the box in linux.

I’m not sure how many supported 32-bit distros are still out there, but Mint LMDE 4 is the best one I could find. It’s based on Debian 10 so it should still get updates until 2024. I also spun up an VM and verified that Steam installed, updated, and launched. Hope that helps.

If I do that it goves me the newest binary, which has the 64bit browser and a message saying its not officially supported on 386 type architectures anymore, despite being a 32bit process.

SCMD is a good point, however I have no idea if anything can really be done with it on a client/player account.

Yeah, was just about to respond to tell you not to get your hopes up after I logged in. Help → About shows a binary build date of 12/16/21 but it seems they have crippled the client so it cannot browse to anything. I was able to right-click the tray icon and choose a game from my library to install (and it works) but it’s probably a matter of time until they kill that too. 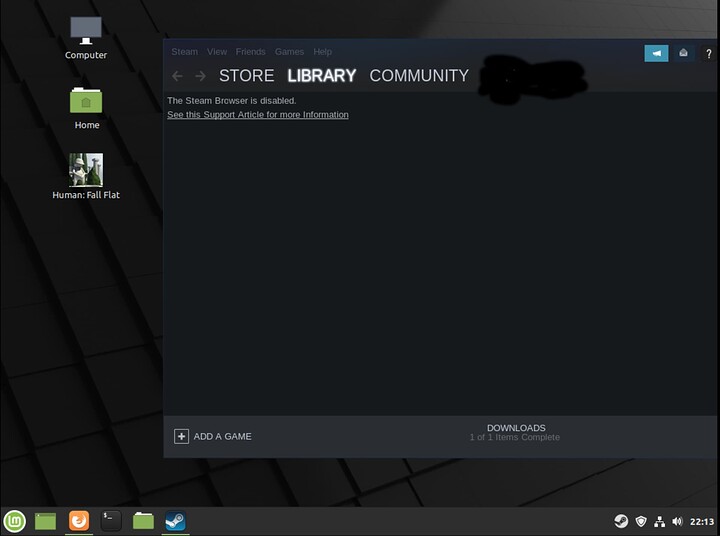 I give 0 fucks about the browser. Its not crippled, it just doesn’t run on 32bit addresses. Only 64. Data too beeg

Yup, it’s 32-bit. Did nothing more than install OS, update, and install from software store. But literally nothing else works in the UI. Help, Settings, and Right click to install are about it. 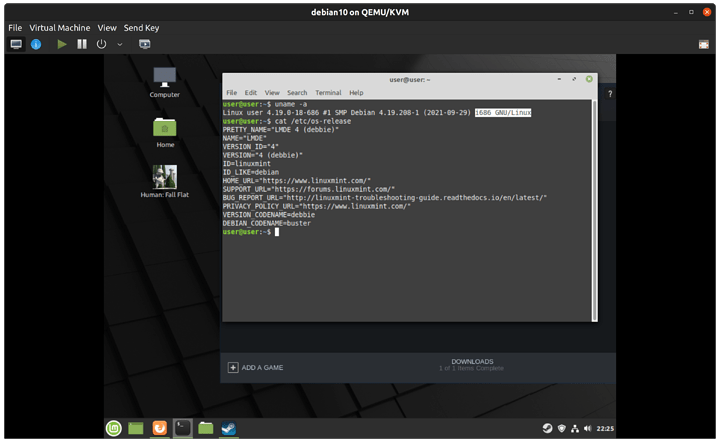 Is this just the binary from the store? I wonder if its the repos.

The mint store pulled it from this debian package: Debian -- Details of package steam in buster

Certainly the cutoff of games, would be whenever developers ditched XP support
[between Vista OS req’d and explicitly referring to processors, that were 64-bit]

For future readers, no XP was not the end of gaming on a 32bit machine