So a while ago I built a pc without any cable management because I wanted to make sure it was up and running. I said I would mange it later but I never did... I want to cable mange it now for three reasons. One I want them better temps. Two I want it to finally look nice. Three I'm thinking of upgrading to an ssd so i might aswell get the connectors ready. Here is a pic of that pc btw.... 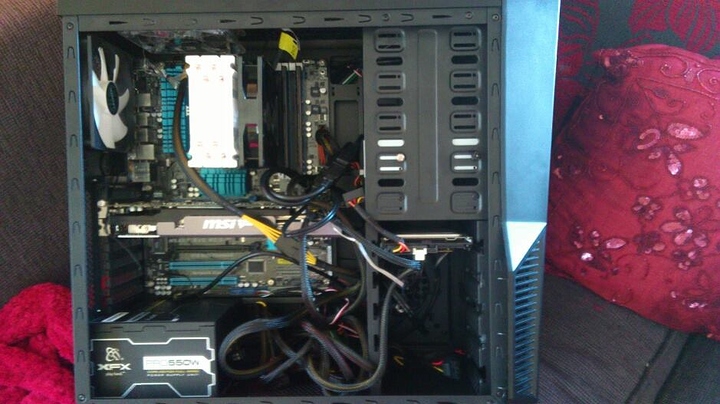 In terms of cable mangement equipment this is all I have ( and yes one if them is already used >.< ) 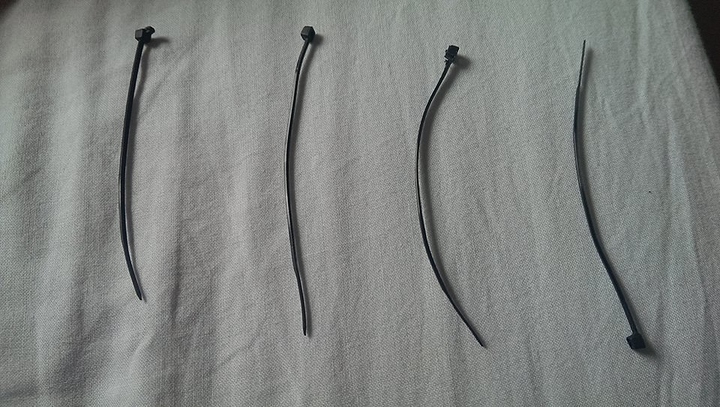 One of the reasons I haven't cable managed yet is because I'm really afraid I'll break something. I have no electrostatic strap or anything and I just have a bad feeling If i go in there next time I press the power button bad things will happen

Anyone to the point... Do you have any tips or anything or anything I should know that could result in me harming the computer

The best advice that can be given is: use the area behind the motherboard tray and the cable routing holes. Don't be afraid to tie the power supply cables down they are not fragile, as for the front panel connectors they are not too fragile and as long you are not pulling/tugging on them they will be fine. When you tie things down make sure the zip ties are pulled snug but don't wrench them down so hard that the cables kink or get crushed. Also make sure that when you are routing make sure they are not bundled up so much in one place that your back panel can't close.  And finally for the cables you are not using, just bundle them up and tie them together. Cable management is not that hard and don't get intimidated by it, just route you cables where they need to go then tie them down and you will have a nice looking PC.

Here are some pictures of my build for reference 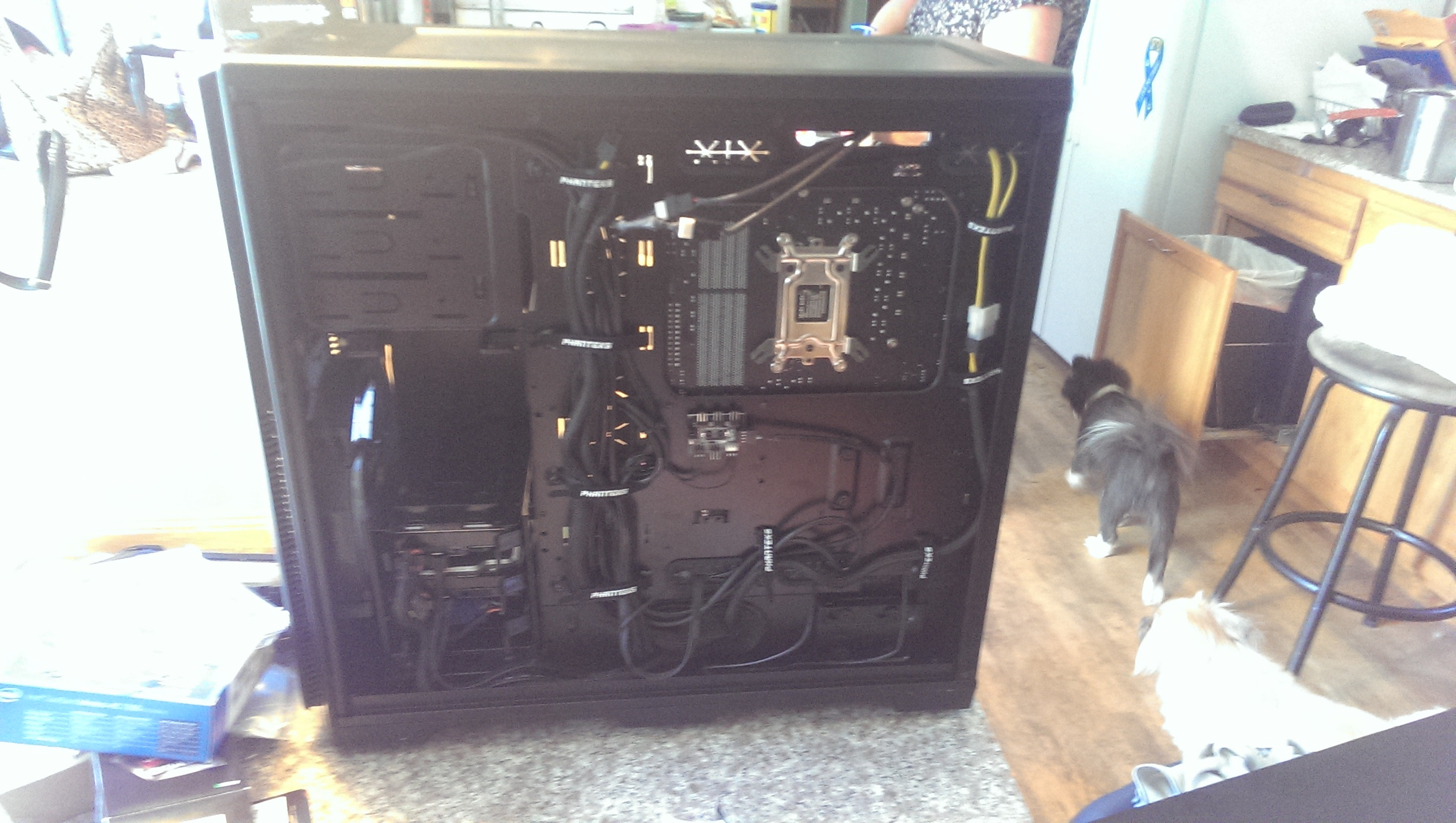 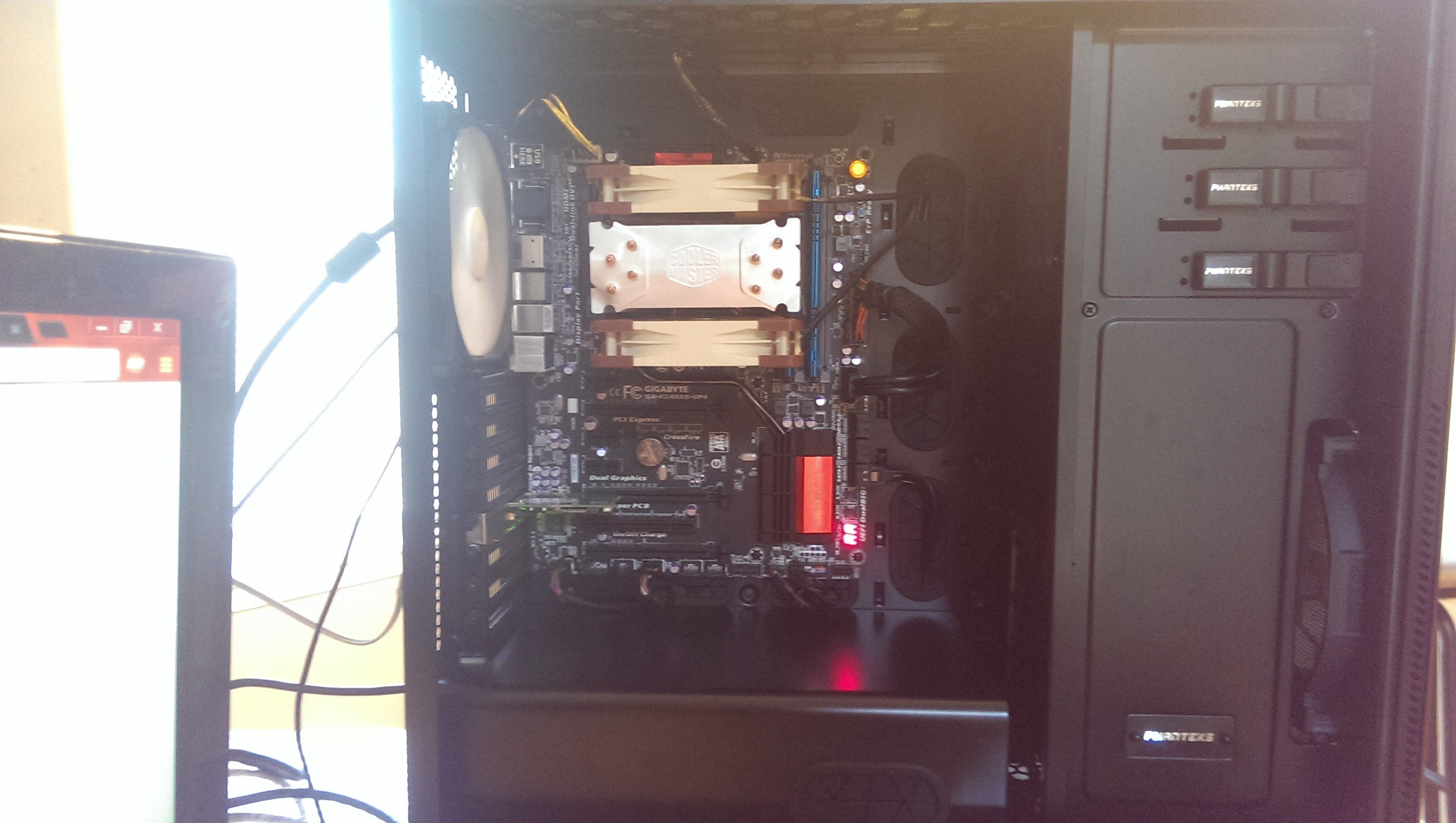 Out of curiosity what case is that?

Just use the same precautions you used when you built it and you will be fine I never use a strap but I do make sure to touch the case before I touch any component. This grounds you. Take your time. Go slow and don't rush it. Proper cable management takes time and think through the layout. Also I would get more tie straps. I like to use Velcro wrap or something that can easily be undone in case I need to remove a part later.

I'll try and post a picture of the result

Also getting some more zip ties would be beneficial

Some people touch the case I personally touch the PSU. It should also be said that the vulnerability of internal components to ESD is quite over played. Unless your wearing socks and dragging your feet on the floor you really don't have a whole lot to be concerned about. However strictly speaking it is a good practice to ground first and then proceed, when in doubt ground out.

As has been said get alot more cable ties, velcro works wonders. When I did my last build I often zip tied/ velcro'd cables out of the way then cut the ties/ let off the velcro until lI was ready to deal with that particular cable group.

Have a plan of attack first, and if you find yourself thinking I just have to get this done and rushing; walk away and come back an hour later. It's your build and it's gonna be that way for awhile, so do it right so you don't need to do it again. Also while your there it doesn't hurt to hook up a few spare SATA connectors and leave a string of power connectors in your drive bay in preparation for future expansion. 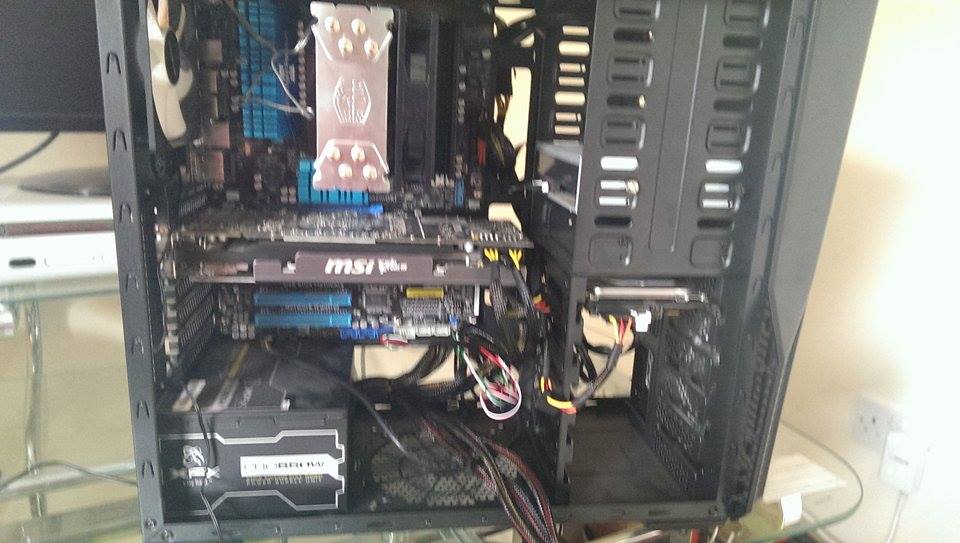 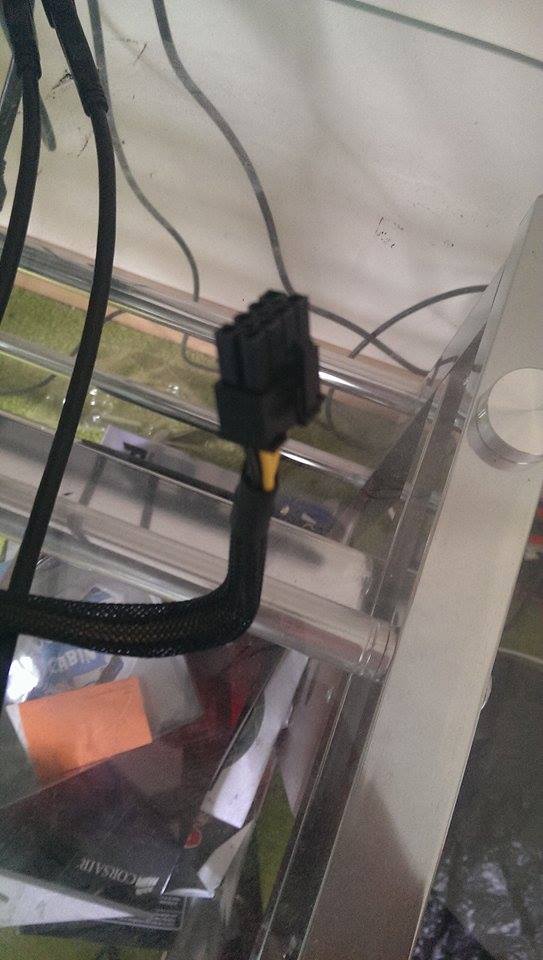 what is this conecter

How am I suppposed to close this??? 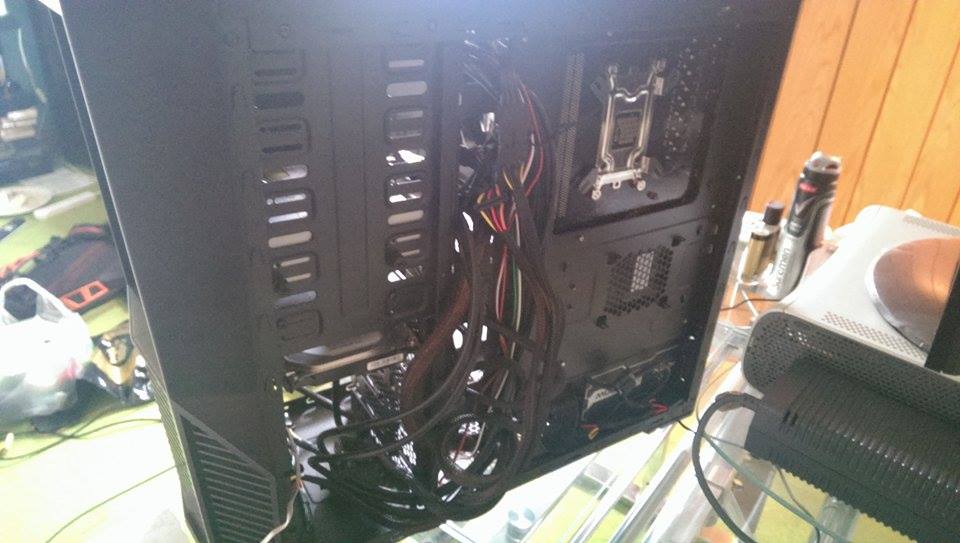 I can't close the side panel :(

got the side panel on, barley and i dont think properly either... I don't know if this is an improvement or not but ... I'm done 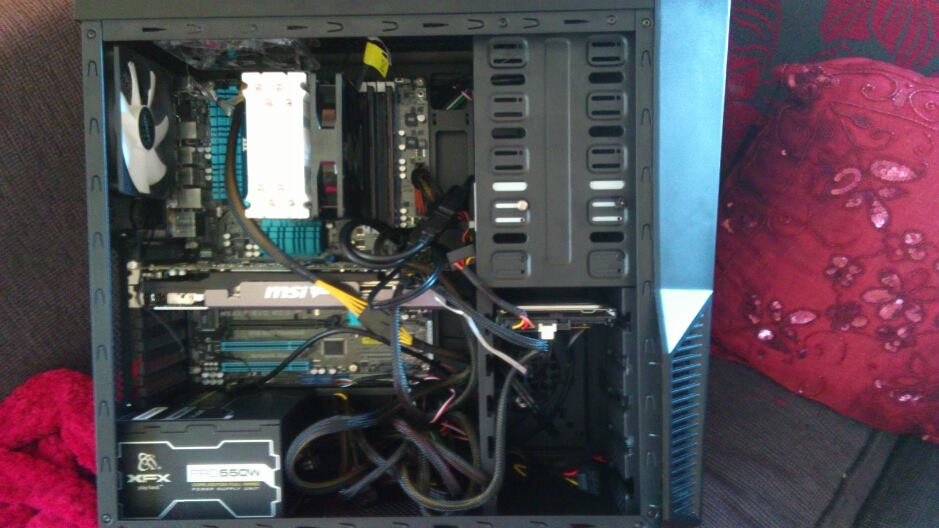 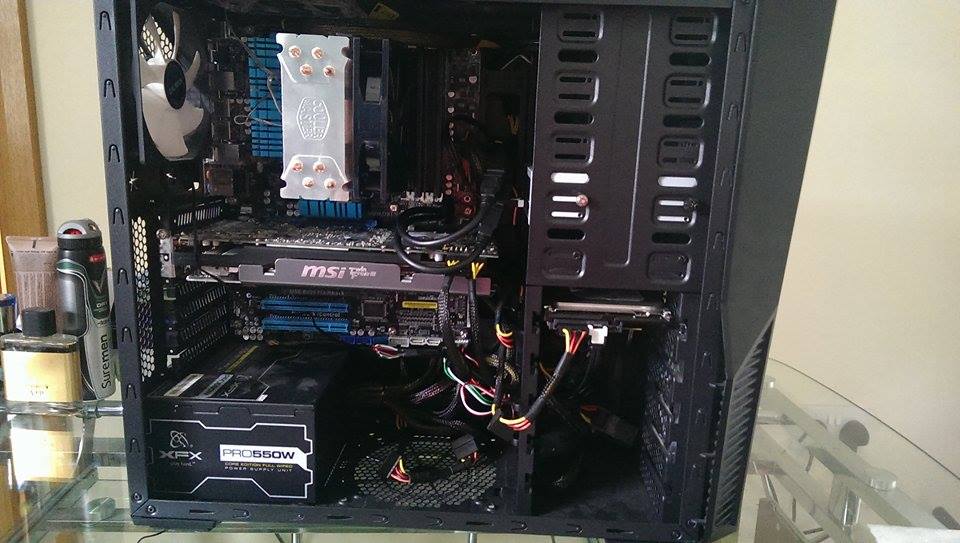 Ok maybe it is

its most likely another plug for powering another graphics card. Saying that because you've already stated that you have a connector plugged into your motherboard.

I bought about 10 bags of these and now I never have any problems.