This is just a comparison for fun, it was fun to me at least, and these are the two languages I’m more “well versed”.

Maybe you should do more of these.
Lines of Code would be another metric I would be interested in seeing explored.

I’m not sure if you noticed, but your time conversion was wrong. I copy pasted it from your code xD. You / 1000 milliseconds to get seconds not / 100. So this result you would have to * 10 to compare it to the earlier results.

Good catch on the time conversion. My eyes never caught that.

So C runs bad code faster than Java? Why don’t you write a decent implementation of fib and run it as a server? That would be at least a slightly realistic scenario. All you’re testing is function call overhead in a short lived program. Java’s VM needs to run for a while to warm up. Try writing a server that takes an HTTP request and runs a good fib (something that can handle big numbers) and returns a JSON encoded response. Maybe use apache bench?

Java’s VM needs to run for a while to warm up.

When your programm takes more than 200 seconds to get up to speed, you got some bad programm on your hands.

True it’s definitely warmed up by then. That wasn’t really the point. My point is that this test is looking at such a small and relatively boring execution path that it’s not remotely convincing. And full disclosure I develop in C professionally and don’t particularly like Java. This is just a boring test.

Come up with a different algorythm to test then (maybe make a thread about it?).

I don’t have to come up with a different algorithm, it’s been done already. Not hard to find fast Fibonacci algorithms if you just look.

Here you go, they even come with a Java implementation. Since people in this thread love C so much, I’ll leave that as a challenge

Hey everybody I’m truly sorry but I don goof’d

I made a rookie mistake at converting MS to S and then it looked like Java had ran slower than it actually did.

I tried it on my desktop this morning and when I took a glance at the code I panicked… there was a missing 0 on the java code, so here are the results changing the LONG to INT on Java, C (standard and sanic) and C++ (also standard and tails[-O2]): 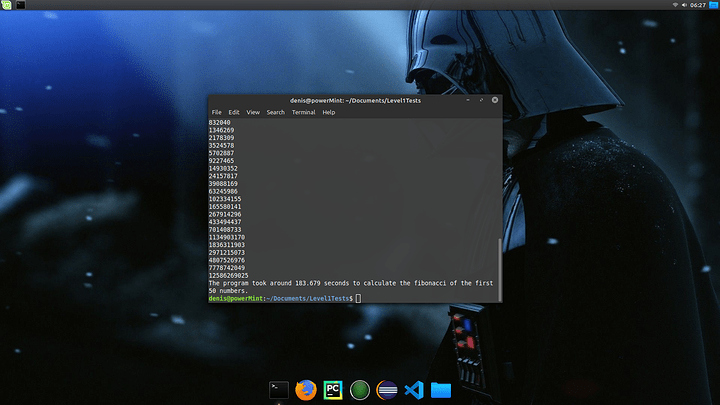 This is the Java one, with the right conversion. 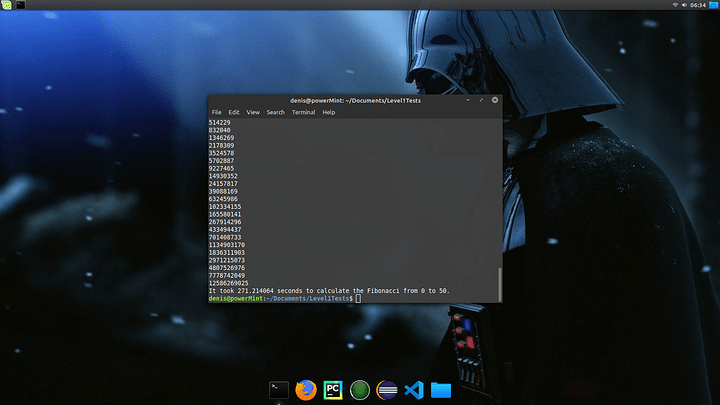 This is the Standard Flag C program. 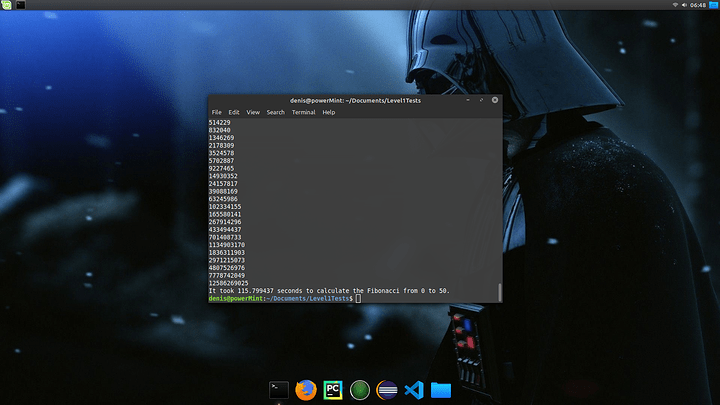 fibonacciIntTurboc.png1600×900 1.02 MB
This is sanic compiling in C (still my favorite) 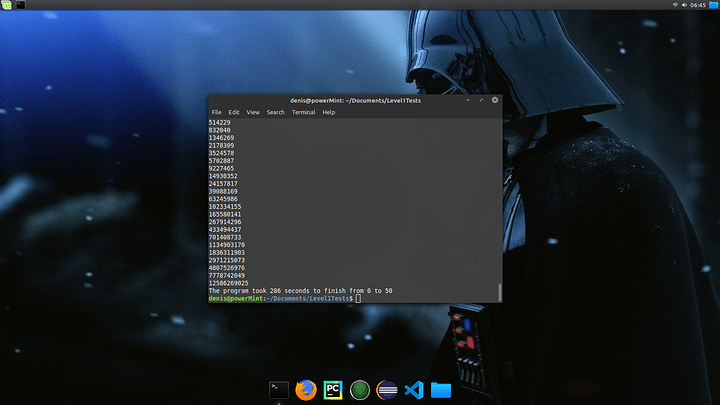 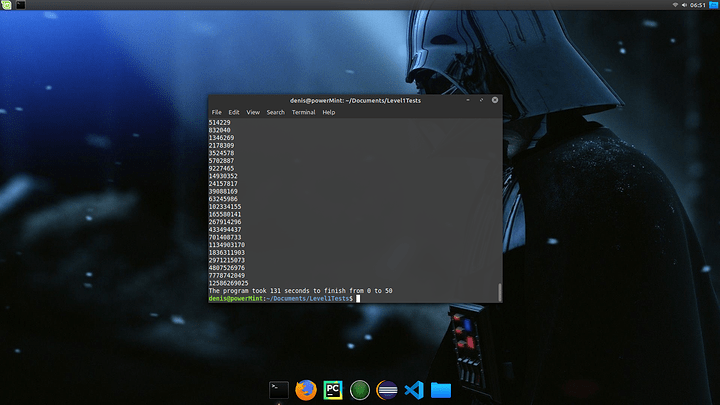 This is the -O2 flag (my main man tails compiling)

So: Java is slower than optimized C and C++ code. Maybe with JVM tuning we could get somewhat similar results (although I don’t think it would win).

I edited the OP so new people might understand better. I’ll reply you guys soon enough.

You can use java8’s parallell streams for that.

That is some well written code, that was nice, hadn’t think of that.

That’s what you are testing here not how fast the languages can crush numbers, imo.

How can we fix that? What do you suggest as a good number crunching program? I’m interested and all in.

Lines of Code would be another metric I would be interested in seeing explored.

Will do, my friend. Also in the next iterations I’ll try to optimize the code the best way possible.

but your time conversion was wrong.

YES! I realized it just today morning, already edited the OP and posted some other results at the end of the post… I’m sorry :t

So C runs bad code faster than Java? Why don’t you write a decent implementation of fib and run it as a server?

Mostly cause I can’t do it. If you could that would be a nice addition to the post and would be benefitial to everyone.

I actually agree with you on this one hahaha

Things have taken such a weird turn… I loved it.

That’s what happens when you say “insert language, distro, anime, movie” is better than another to a large group of nerds…

But it was fun.

Java is actually really fast for todays hardware. it has many benifits that something like C or basic would not have. It also doesn’t have the same type of security concerns that the other languages have. Now I’m not saying there are no security concerns, just different ones. That’s why I’m trying to say, “Girls, you’re both pretty!”

Either bring forth your own brains work backed up by sources or don’t argue. Throwing links is too cheap.
Hope the popcorn is good

Don’t get me started on Forth.

I’m truly sorry for messing up the conversion and bringing false results on the OP, but I still think the “performance test” is a fairly reasonable question to consider.

It is indeed a bad implementation of fibonacci, but it was implemented the same across all platforms (except for that c++ in which I slapped integers instead of longs, but then I corrected everyone).

Each run was fair to the ones posted together.

And the thing is: Java is ok, not great not terrible, but you won’t run it flawlessly on “weak” systems such as embedded ones and microcontrollers, while C will, since to run it you just need the executable and an OS (probably, I’m not 100% sure), while with the other one you’ll need JRE.

At the end of the day it’s all about the right tool for the right job, although I think it would be nice running native applications on backend tasks…

Don’t get me started on Forth.

I’m truly sorry for messing up the conversion and bringing false results on the OP, but I still think the “performance test” is a fairly reasonable question to consider.

Dude, no, don’t apologize for making a thread and attempting to get people engaged.

Oh no, I’m sorry for the conversion error, not for the OP or the idea itself.

Problem is the conversion error brought wrong data to the table, data an extra “0” haha