Hello everybody,
I have had the above mentioned motherboard paired with an i7-7700k and 32GB DDR4 CL14 ram running with an 240mm AiO radiator
On May, 1st this system caught fire and distroyed itself, while I was running it stock speed (no OC)
I have attached some pictures of the aftermath.
Any idea what might have caused a flame to shoot out of the motherboard, with a sound of matches lighting? 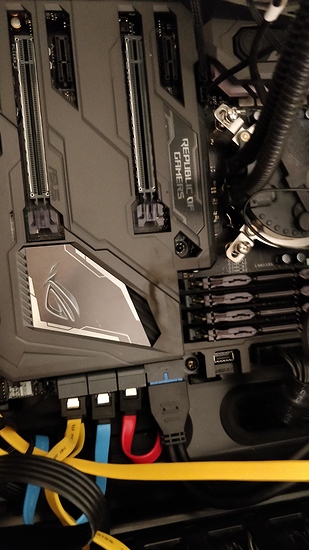 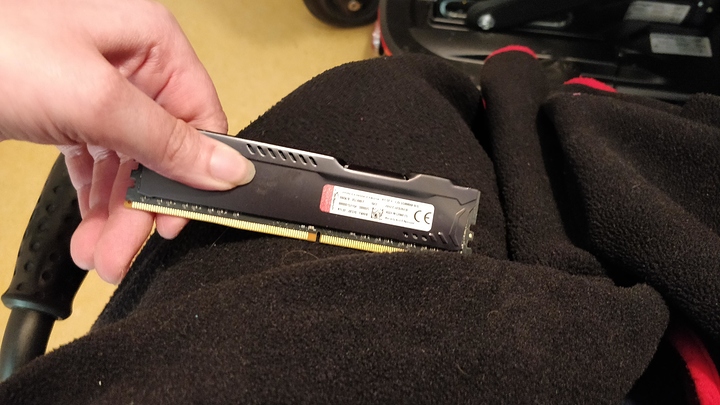 It could be that there’s been a leak not severe enough to flood the board but enough to short it out? If it was a lightning that struck and entered your house it would’ve fried other stuff too.
Take off the plastic shield and see what happened because the damage looks in a really weird spot. IIRC Asus places the inductors and MOSFET for the memory much closer to the DIMMs and near the upper right side of the board. Maybe what fried was the chipset MOSFET for whatever reason.
Being an higher end board it should be under warranty still. My Maximus VII Hero got at least three years of warranty (I’m in the EU too) so I guess yours should be aswell.

Thank you for your idea. I found this spot really weird as well. Unfortunately I can’t remove the plastic shield as it was outside my abilities with cerebral palsy.
I have send this board in to get my money back to switch to an threadripper system. With that step I have replaced my AiO system, too. It wasn’t in my comfort zone too cool an threadripper IHS with a circular contact plate which may or may not leak

Not with the exact same fault, but this is my 3rd board which spontaneously stopped working. My suspicion is a really bad electrical system in my 7 floor high apartment complex. The PSU is an Corsair 860i.
I have already taken measures to replace the power extension cord with a new one from APC.
I am not quite sure, if I should integrate an UPS to isolate the system from the mains.

The PSU, RAM, GPU, and NVMe will be functionally tested today. I really hope that they are okay, still.