Build log: Mini ITX 3600 with ECC RAM and a pile of storage

I needed a server for my business to house some projects and do some backups on. I wanted the box the fit inside my utility closet so I went for a Mini ITX build inside the Fractal Design Core 500 case. 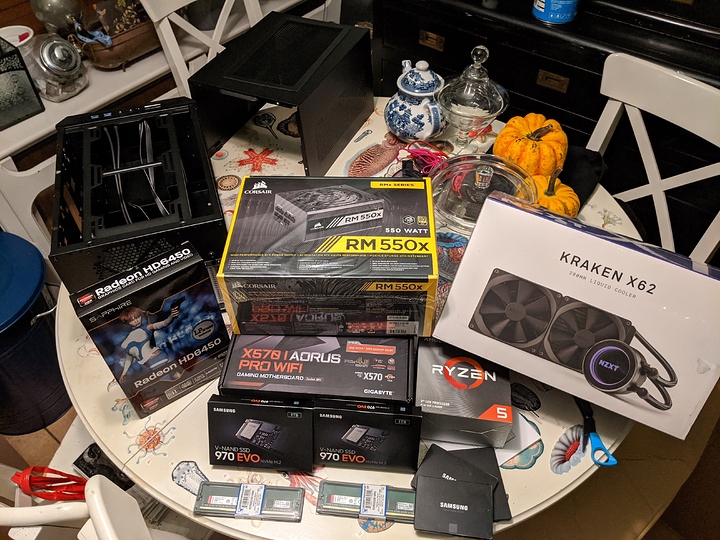 The GPU is only in there because I needed something to boot with. I’d have gone for a 3rd gen Ryzen APU if they had existed with 6 or 8 cores. Oh well.

Step 1: Motherboard prep. Installing the M.2 and CPUs. Reading the manual would’ve helped as I removed basically all of the shrouds before figuring out the top M.2 slot is under the fan… Whoops. 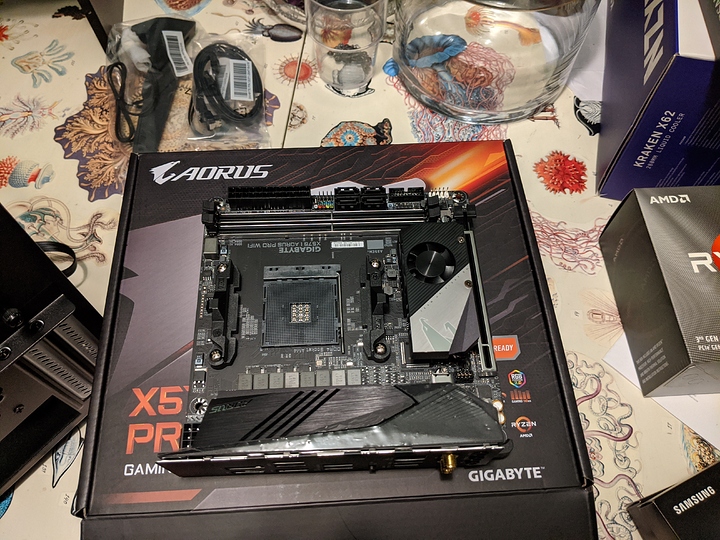 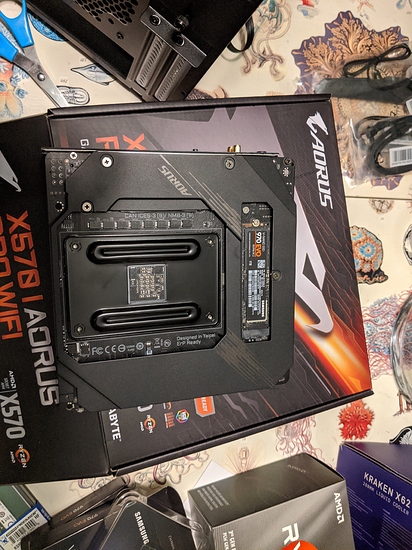 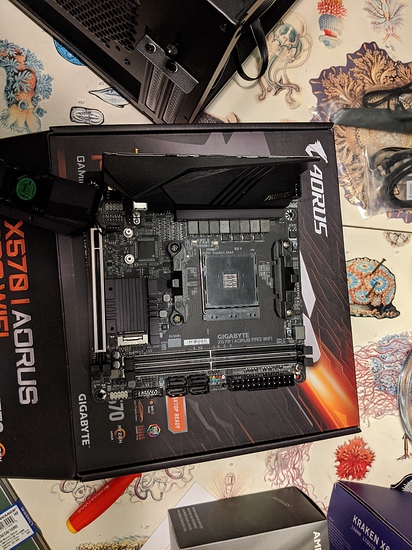 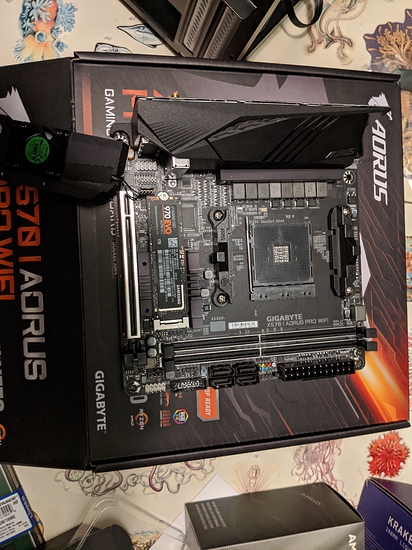 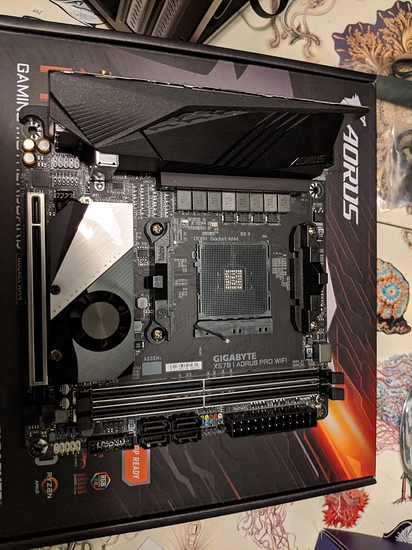 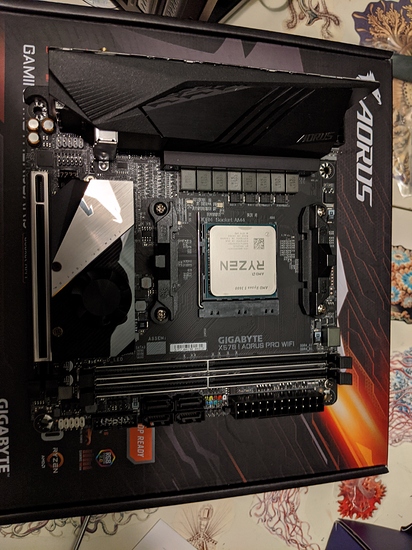 Step 2: Prepping the case. After building in this case I really like it. It has a lot of flexibility and quite a lot of options of mounting extra hardware such as the 2.5" drives. It can even fit 3 3.5" drives if you want. Not too shabby. Note that I did have to take out the supplied fan and 3.5" and 5.25" bays to fit the AIO later. 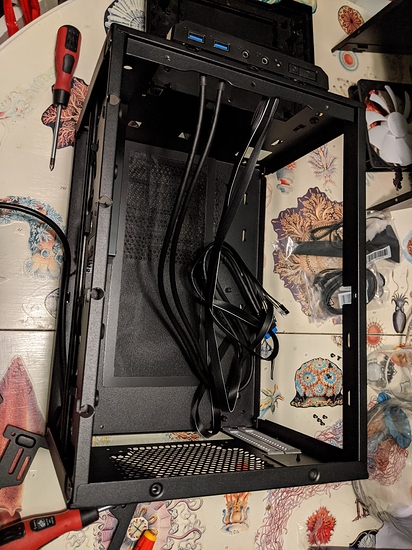 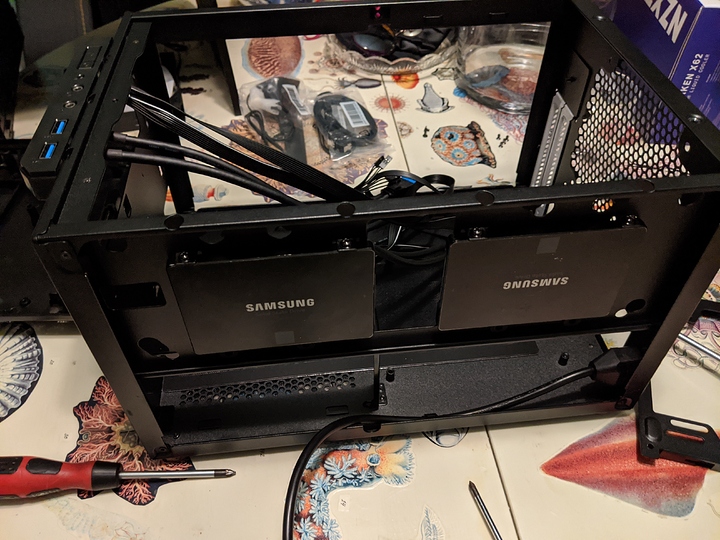 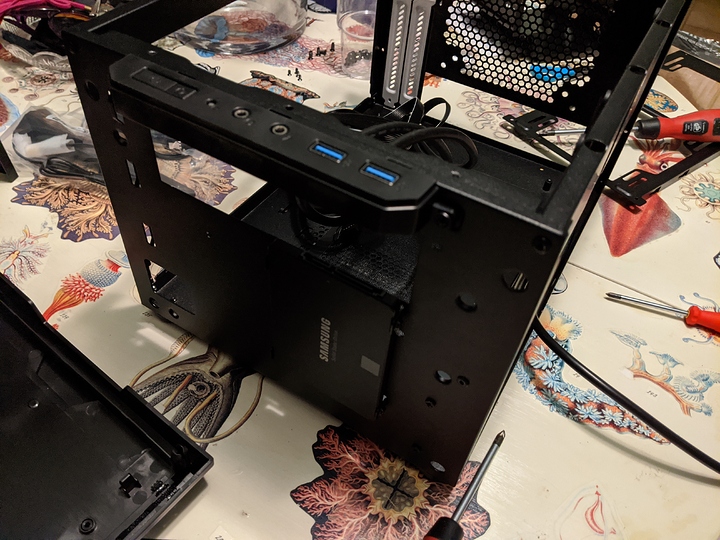 Step 3: Installing the motherboard and other peripherals. At this stage I wished I had put the AIO on before putting the motherboard in the case, but it worked out well in the end after a bit of messing around with the exact placement of the bracket on the Kraken X62. 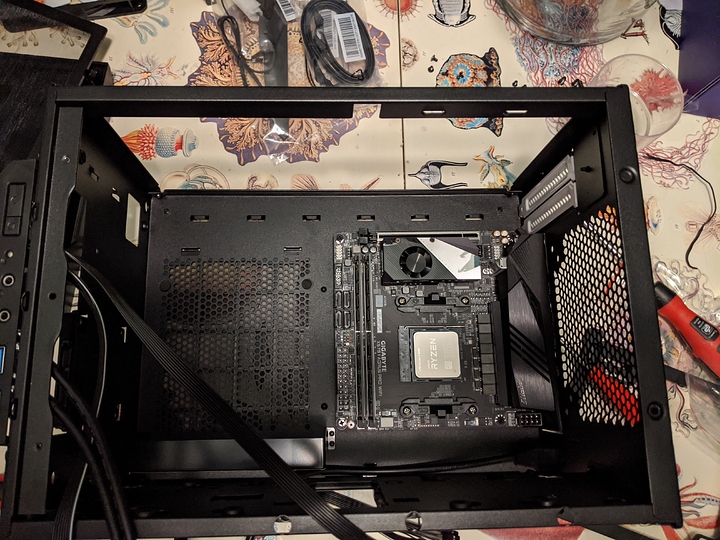 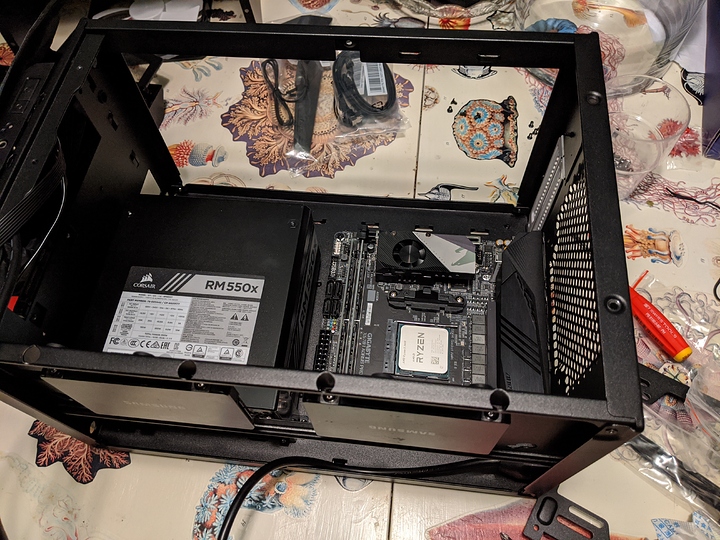 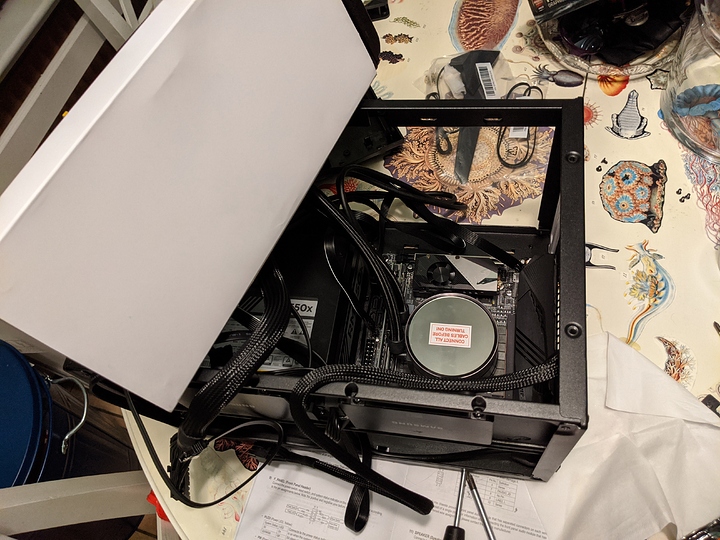 At this stage I was still working under the illusion that I could keep the rear fan. 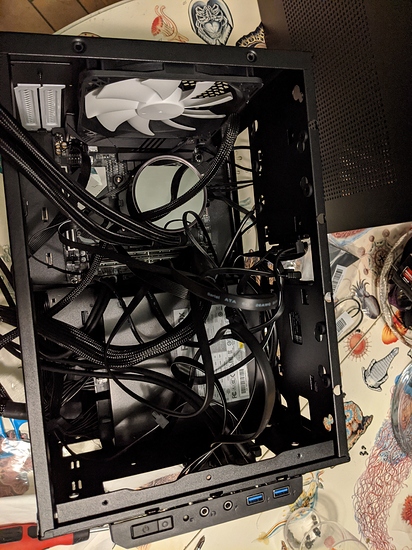 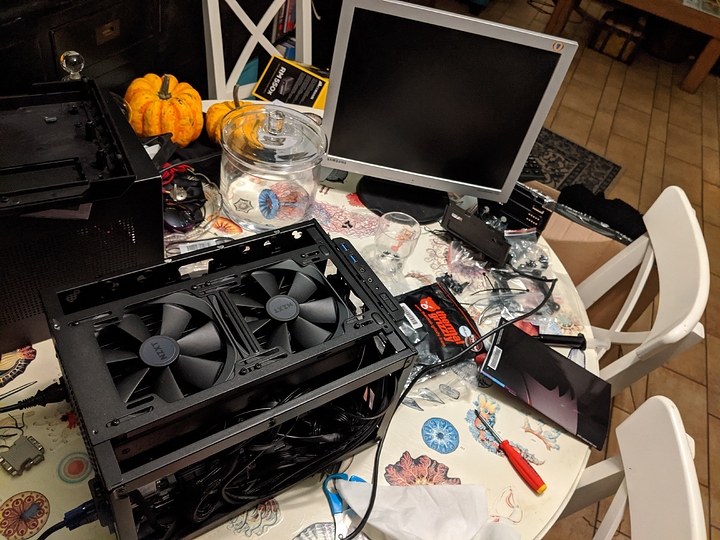 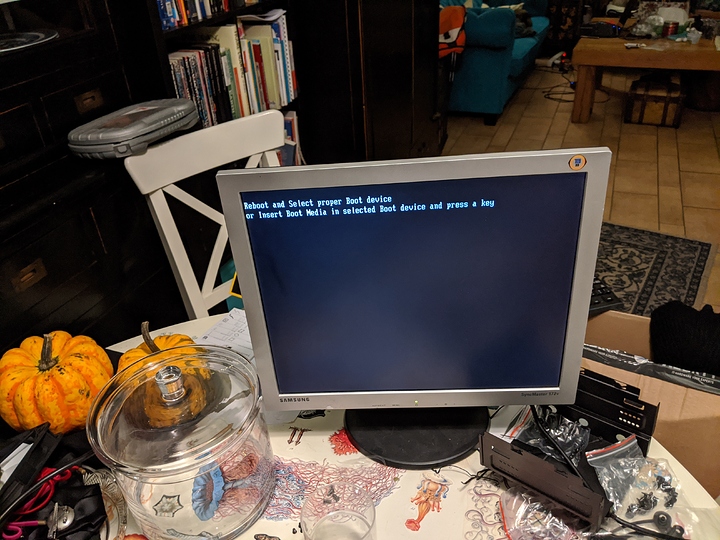 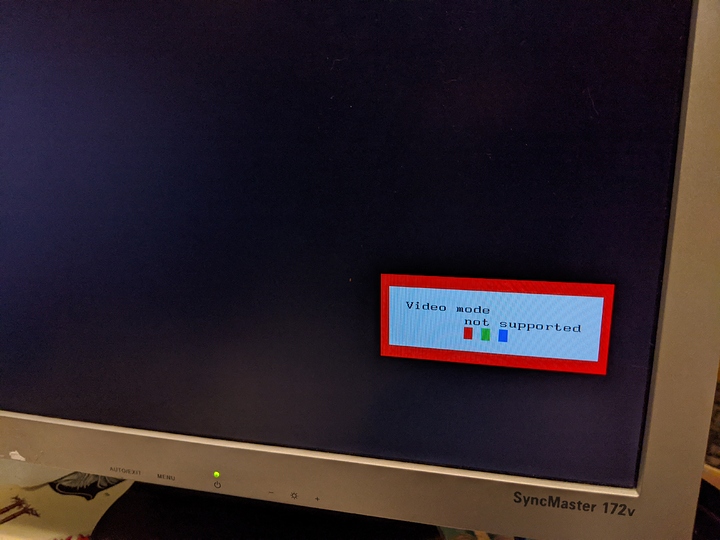 Apparently we need something that can do more than 1024x768 to be graced by the BIOS setup. This really, really annoyed me. But after getting one of my workstation monitors downstairs… 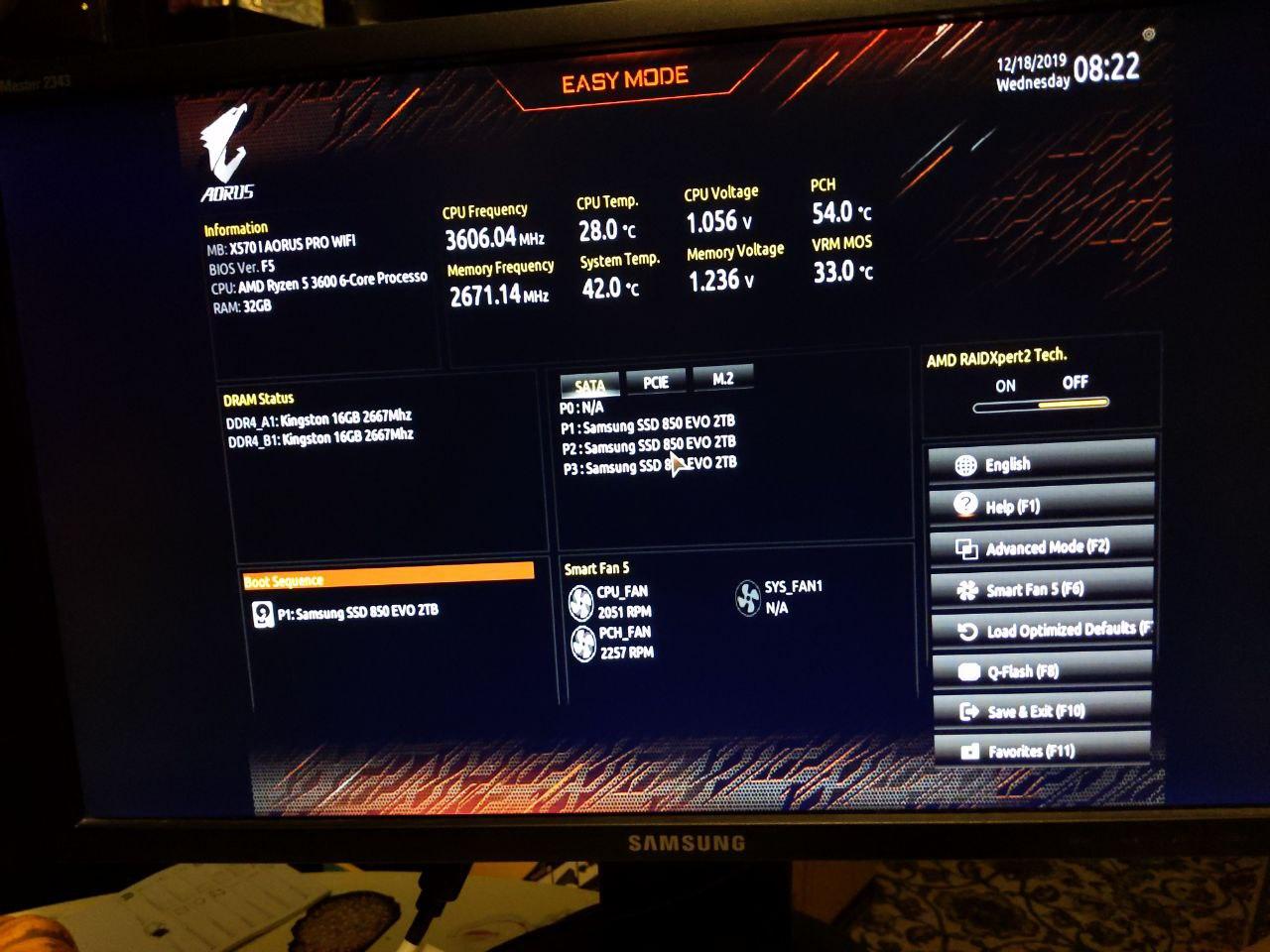 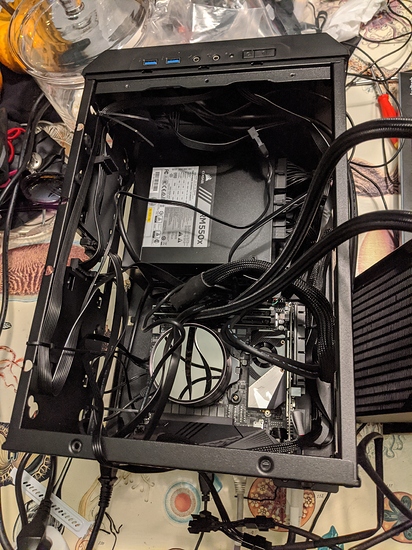 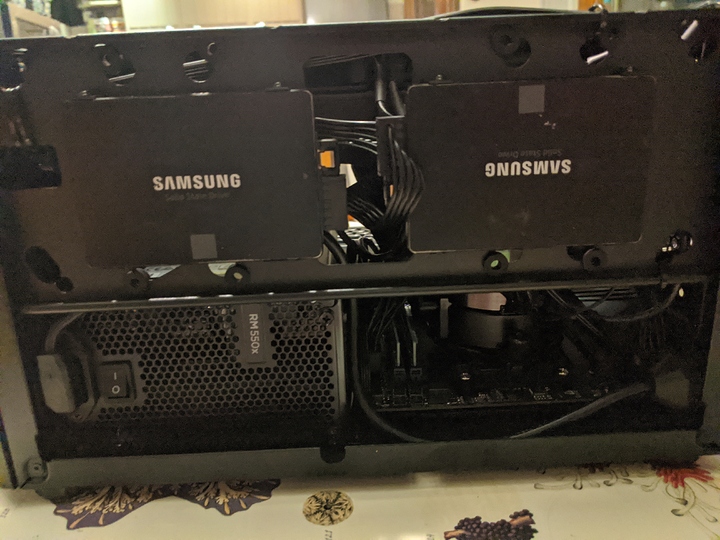 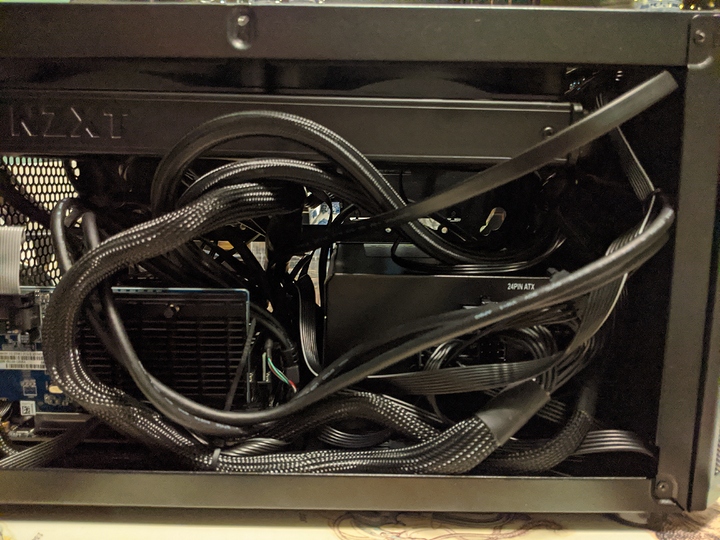 Worked out fairly well, the case fits closed at least! 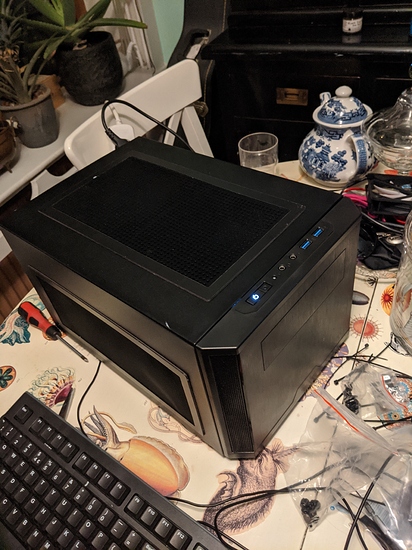 Some notes on the build:
Linux ECC support for the 3600 seems to work very well, but minimal Linux version is 5.4. The performance of the SATA SSDs in RAID5 is about 1GB/s write and about 1.5GB/s read. For the M.2 NVME drives I’m getting about 2GB/s for both reads and writes.
Thermal performance is very good in the utility closet, it’s idling at 25.5C with water temps also at 25.5C. Under high load the CPU will go to about 75C and does about 3.8GHz all-core in Prime95 small.

I hope you liked this little buildlog!

Nice build. What did you think of building in the core 500?

I recently did a build in the same case, no AIO as it is going to be shipped 1400 Km away to be my cousin and her 9 y/o son’s first PC. 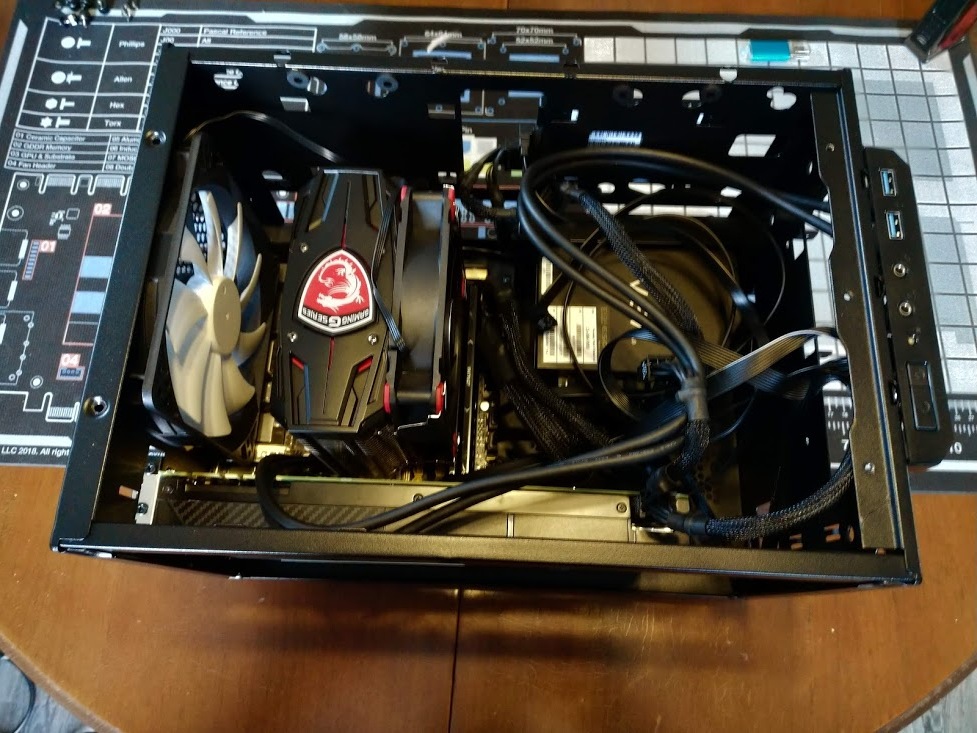 I generally quite liked building in the case. Everything was pretty well laid out. My only real complaint is that it would’ve been nicer if there was a bit more margin on the sides to tie cables to. It’s quite easy to accidentally pinch a cable with the outer shell now. But this is a pretty minimal complaint.

Agreed, the minimal complaints I have about the cabling are generally outweighed by the satisfaction with how the build came together.

If I had one lingering complaint it is the way the front panel cables run in conjunction with the ODD tray. Had they made a sharp 90 to run along the case to take it as a build option, and if the ODD tray had the proper cut outs to allow for that cabling there would be some great options.

I had to compromise and settle for an external ODD, as that USB 3 cable just wouldn’t cooperate no matter what I wanted to do.

Thanks for the feedback

Yeah, that’s a valid concern. I didn’t really encounter it as I needed to remove it anyway to fit the AIO.