Starting a build Log for a dream computer. I’ve actually had it before, in another thread, but that was pretty deep in my hoarding phase. I mistakenly threw the machine away. If I sold it today some dipshit collector’d shit his pants.

Well, today starts a new journey. I want to rebuild this machine. I want to give it water cooling, upgrade the bios, and maybe use some mystery processors with 32 meg cache an experiment. If I were to be allowed (not my chips).

The machine in question encapsulates the netburst architecture in a fashion that just gets me going. It was a Dell Precision 670 board dropped into a dimension xps gen 3 blue case. It was a wicked machine to start and it looked bloody cool.

For starts, I want this board. 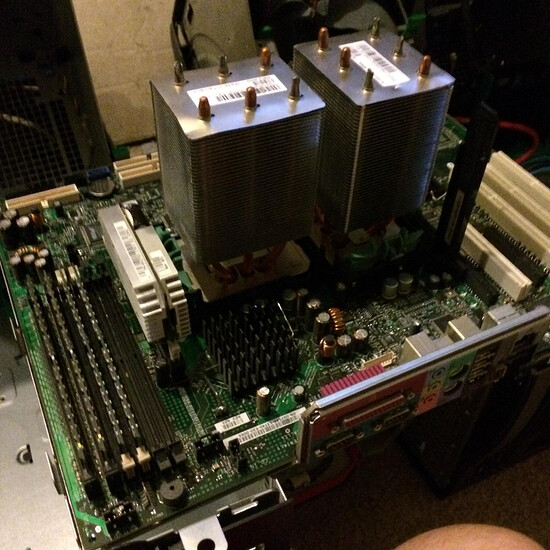 My god is that thing beautiful 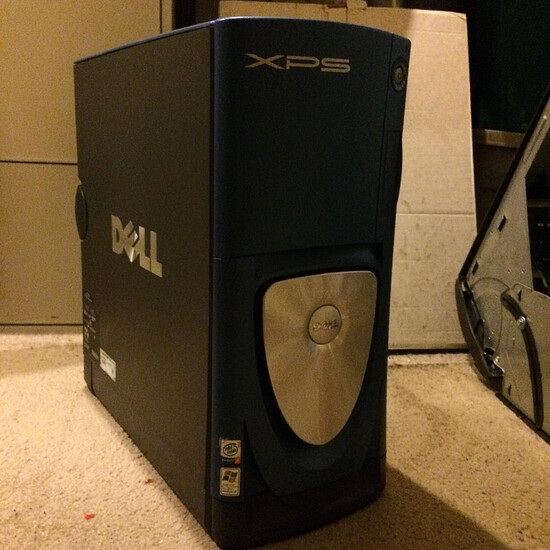 My god roll out the buttered toast because Ed is selling computers.

This will obviously be a bit tougher than I thought.

However thanks to fouquin, I have a lead on those flatbed power supplies. I just need the stupidly fragile 1000w or the 2200w if it can be found.

Probably not, BUT… IMMA HOPE

Now I know what ya’ll are thinking. Get a T series 2011 board if you want dual xeons. I don’t want either of those, I want dual netburst xeons. Not only do I want my house to catch fire, I want it to be sold as an intel product afterwards.

So I’m going to put this thing back together. Not only that, but I’m gunna get some water coolers for it. Proper 240’s just stacked on top of each other. Since the inside of the case will be an airflow chamber, I was going to build a cable lead and have an an external box for gpu’s and cards. Just build my own thing custom, have like a barrell pin-to-pin plug on the back of the machine and be all 1960’s mainframe about it.

Hell the bloody case itself weight 20 pounds, it about deserves a mini computer design overhaul.

During this time I’ll be trying my best to replace at least one of the gpu’s in my desktop. So Koga will get either a 480 or a 970, it just depends.

In the event I cannot get the dell case that I want, I will settle with a case that I already have that looks pretty - dell -. It’s like the very first nzxt phantom case ever, pretty neat. I’d much much prefer to have the original dell case though.

And because I know someone will mention it, this machine will be used as my main desktop when the time comes, mostly for fun. I plan on working on more plan 9 things in my future, including a windows cpu server and linux cpu server.

Anyone on the forum who happens to have parts that I could use, I will buy or trade for them. I have many things to trade for, including an ibm 701c I was gunna turn into a pibook and an ibm transnote that for some reason no on thinks I actually own and no one has bought, even though I’ve legit seen youtube videos, ABOUT MY LISTING, CALLING IT FAKE.

Strating this… Soon. I already have the ram. I have 2 or 4 sticks of 8gb unbuffered ddr1 dimms. Bought for a server I had at the same time as the original machine, didn’t realize they were same era tho. I’d like some of the dual core p4’s they rebadged as xeons if I could find them, but that offer to try those 32 meg chips is just oooooh I can taste my anger in 2014 screaming on an intel board about why the fuck does this one p4 chip have 4 megs of cache and this other one has one meg of cache, but they’re sold in the same series with other chips that have the same clock speeds all in the same year with both core 2 and core I already being out, and at the time amd E8 based systems being everywhere and cheap as piss in amsterdam.

Ugh. And it’s hilarious that ppl are only NOW catching on. Fuck man. 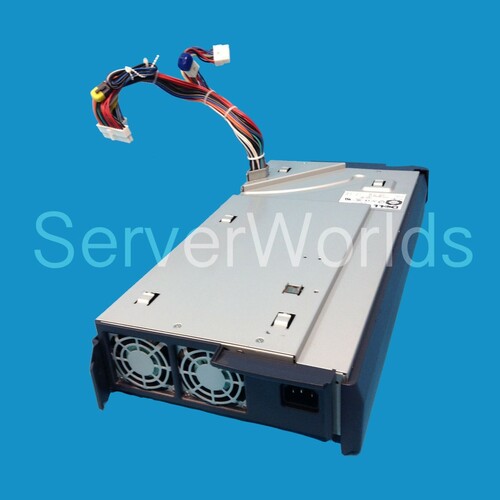 @olddellian you here my boi

Hmmm, no blue ones, but I got a bite.

Offered to trade my transnote. See if he bites.

Welp need to call a bunch of places then

If the guy with the gen4 agrees to sale, I’m trading my trans note for it.

This guy is gunna have a sales story for years. He probably walks into the ware house every day, this machine is sitting in some shit stock position covered in crap, and all of a sudden he gets an email asking for the exact machine that everyone has been asking ‘why the fuck do we have one of these still’ for the last six months

Dude, I am exactly that guy. If you’re reading this right now I also want all of your netburst machines, all of your powerpc machines, mac or not, and all of your ultrasparc 2i machines

Hey, you want what you want lol

Other lead is hmmmmm cough somewhere freaking out rn

Ok well that’s something at least. Anyone wanna help me buy a maya e trashed system for 899?

Holy shit well ok. If ebay dude gets back to me I’m totes going for that.

Ok so I have. Acull order at one recycle center. While I’m out and about I’m gunna hit another and see if somehow they have my machine or could track it down.

Ok so I basically just begged to the other gen 4 silver guy and offered my trans note to him because I rly can’t pay his shipping. I can pay like a hundred bucks tho, so uhhhhhhhHHHHHH maybe?

Ok case get. And it’s a gen 4. It’s from Florida though, so I’m hoping it’s shipped correctly.

Well part one has an most arrived.

Ftm I can’t find any boards cheap. Everywhere wants modern board prices because it’s dual socket, one guy legit thought it was for laptop core 2 duo’s

Like bitch what the fuck are you people on right now?

So I’m just sitting here hoping a recycle center calls me and I end up with a whole pallette of the motherfuckers at some point. That’d be amazing.

Side note, I got the business laptop companion computer of the time, also the tad bit better version of the laptop I had in elementary to middle school. 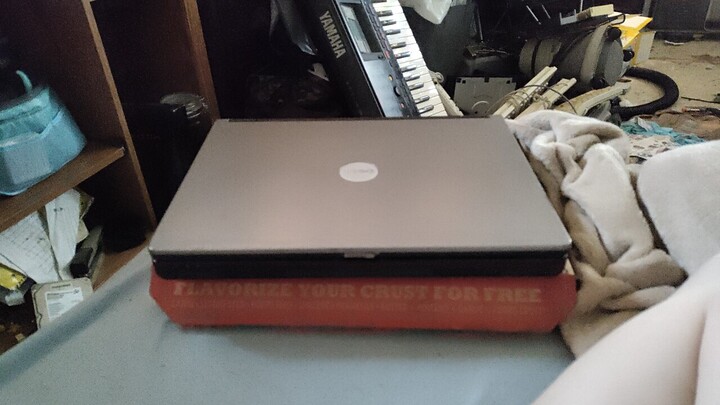 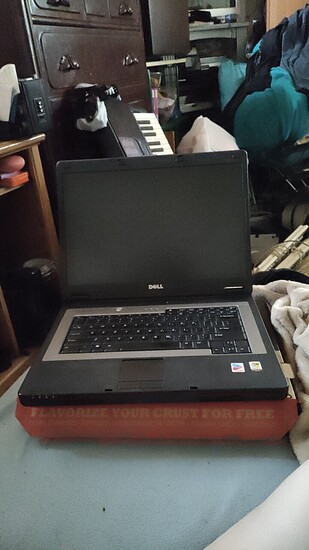 This doesn’t get a name. It’s a dell b130 business class lappy. I’m sure it’s actually a turd, but from memory the one I had ran il2 amazingly well and it just had a celeron m and a gma gpu, I think the same one that’s in this one.

I’m excited about it, sorry. I have had some things go well for me over the last few days and now I have things to be excited about and play with. Need a motivator other than being able to see the floor.

At partner’s place grabbing stuff as we’re both moving out from there to my parents while I’m doing all of this and working two jobs. Will show off the rig when I get home as it’s probably sitting in the yard.

@wendell @olddellian @stenstorp @torpcoms ya’ll know where to find 670 boards and vrm’s that won’t be priced like ukrainian uranium?

Legitimately thinking about moving my desktop pc to this case, dropping the gen 4 board into my childhood pc case because fuck you, and taking my xb evo and integrating it and it’s water-cooler into the rack and put a diff build in it. Use the air cooler on the 3900x, random thought just now.

Only, bonus, the swing door isn’t snapped off like mine. Tho I already broke a clip on the psu. I’m going to sell the psu off asap when I get a 670 supply or a 6100 supply.

This will be on hold for a moment till I have time to pick it up again. Sitting here looking at the machine com. I thought it had a 6800, nope, it has an 8800gts. So I mean not the thing I wanted but def not useless. I can make one of those do a lot for me.

Ftm I’m going to play with the machine as it is, and will probably pick this thread back up when I can shop for 670 boards.