The Mini ITX bug bit me again right after selling my NCase M1 build. A batch of Louqe S1 Ghosts popped up on Amazon of all places and the allure of getting one via next-day delivery was too strong. The irony of this is that that was back in February. I had the CPU and was able to get the board fairly easily back then, but something something pandemic blah blah crept in and I shelved everything.

Fast forward to June 30th and I scroll past an interesting post from Noctua. The resurrection of the NH-L12, but in Ghost S1 form. I remember, hey! I have a Ghost S1 and never did decide on what cooler to use, even though I spent a good deal of time comparing. Being that I picked the Asus ROG Strix X570-I Gaming motherboard, it was a bit of a chore finding something that did not get in the way of the tall shroud and M.2 riser.

In terms of GPU, I had an EVGA RTX 2070 Super that I was using for testing while building a few custom loops. I bought it because it was fairly small and unlike many of the other RTX cards, wasn’t gaudy looking to me. Having that around was perfect for the clean, minimalist looks of the S1.

The custom cables came from PSlate Customs. I was going to get sleeved green ones to match the case, but I’ve seen that a bunch of times already, so I went with un-sleeved black ones. I’m glad I did. They look great and were a breeze to install. PSlate knows SFF, so once you give them the case and motherboard you are using, they send you PERFECT cables. They were even pre-trained, so they lined up with everything easily. I felt like I had cheated. Would wholeheartedly recommend them for your next SFF sleeved cabling purchase. Pricing was very fair for how specifically tailored the cable came. The PSU was originally an SF600, but I had a friend in dire need of one. He had an SF750 on order, so he took my SF600 and gave me the SF750 Platinum when it showed up.

The build process in the Ghost S1 was almost relaxing. Despite being mini ITX, everything is just so logically laid out, that it was like assembling a PC that I had built a few times already. I appreciated the lack of from I/O for once. I never use it on builds this small. Just had a flashback to the NCase M1 USB 3.0 front header cable. I would say the most difficult portion of the build was figuring out that I needed to put both side panels on at the same time. Once everything was completely built, fully installing one panel made the other panel not line up. The tolerances in this case are VERY tight. It was not difficult to figure out. Took maybe 2 attempts.

This PC does not have a specific purpose. I wanted it to be a jack of all trades that could slot in wherever it was needed. That’s what my NCase M1 build was. I could use it for living room VR, another workstation if I had a big project that spilled into the house, or I could take it out of the house without much fuss. Having a portable powerhouse is always handy.

The first thing I had to tweak was the GPU fan curve. The 0 fan modes in both the GPU and PSU lead to a large concentration of heat that made for some warm idle temp. I don’t usually worry about that, but you could feel the heat collecting. To remedy this, I set the fans to a quiet minimum of 600RPM. That got air moving and CPU idle temps down to 43C from 55.

In gaming (I mainly play modded GTA V), GPU temps topped out at 68C, often staying in the low 60s. I expected higher temps. Some HWInfo64 logging revealed that CPU clocks were maxing at 4.35, with an average 3.93GHz. Gameplay was smooth and consistent. GPU is anywhere from 55C to 65C depending on the stage of the game but stayed sufficiently well boosted (1950-1980) throughout my monitoring. I did have an aggressive GPU fan curve, though it was never louder than the game audio.

Timespy score was around 11K and CPU and GPU temps were both around 65C. The CPU section saw the CPU top out at 85C. Cinebench was 518 single core and 7300 multi. I did not enable PBO for either test. Power plan was Ryzen Balanced. Temps maxed out at 85C. I know I can push for higher, but I’ve already seen what this chip can do in a custom loop and on a U12S.

I will always have an SFF build around. It’s too easy these days to set up something ridiculously powerful and small. My next expedition will be small form factor custom loops. OptimumTech has given me that itch, but for now I am happy with this build. Seeing what the community is today is amazing. Lots of people now have the tools at their disposal to bring design concepts to life affordably. You now have some very good mainstream options that will only pull more people into the high-end space. It’s an exciting time to be part of the SFF community!

Oh! The name, I almost forgot to explain it. It’s a Ghostface Killah song. ! 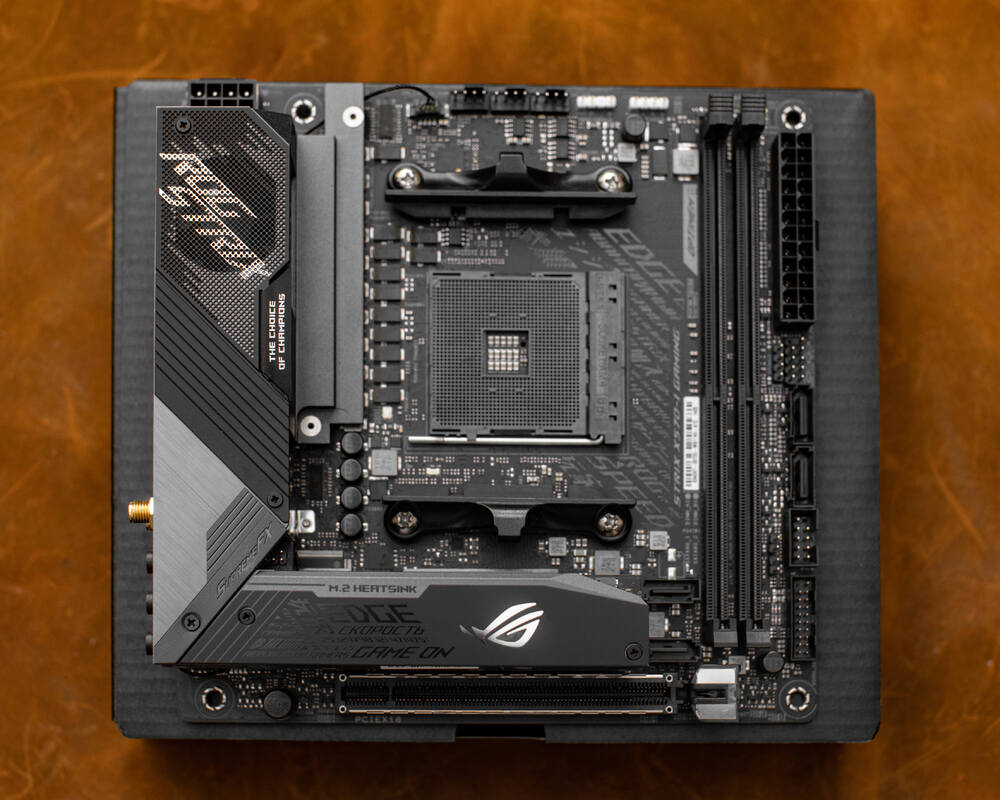 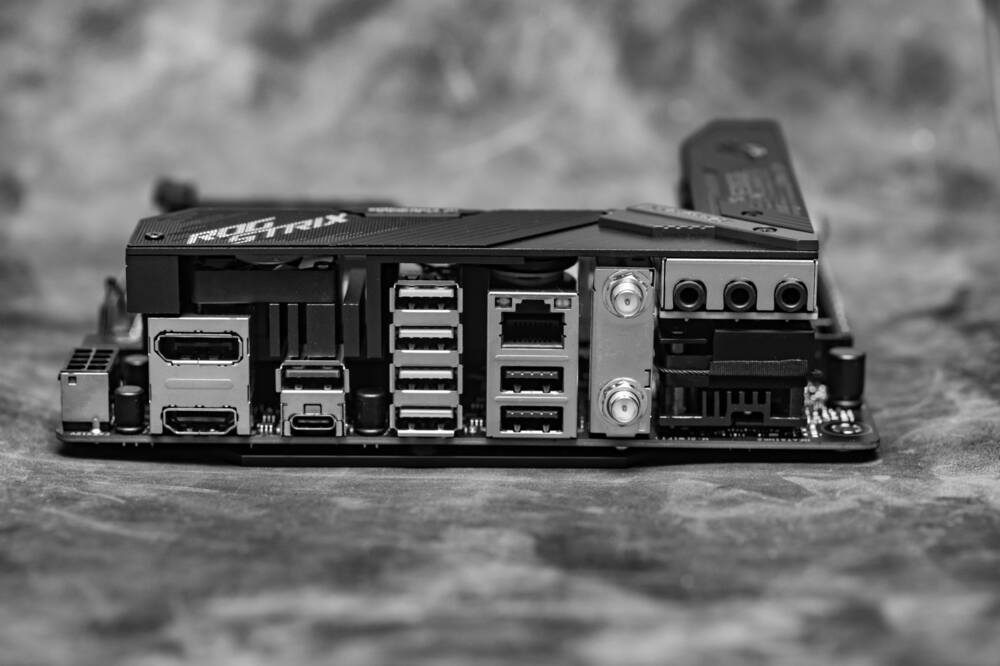 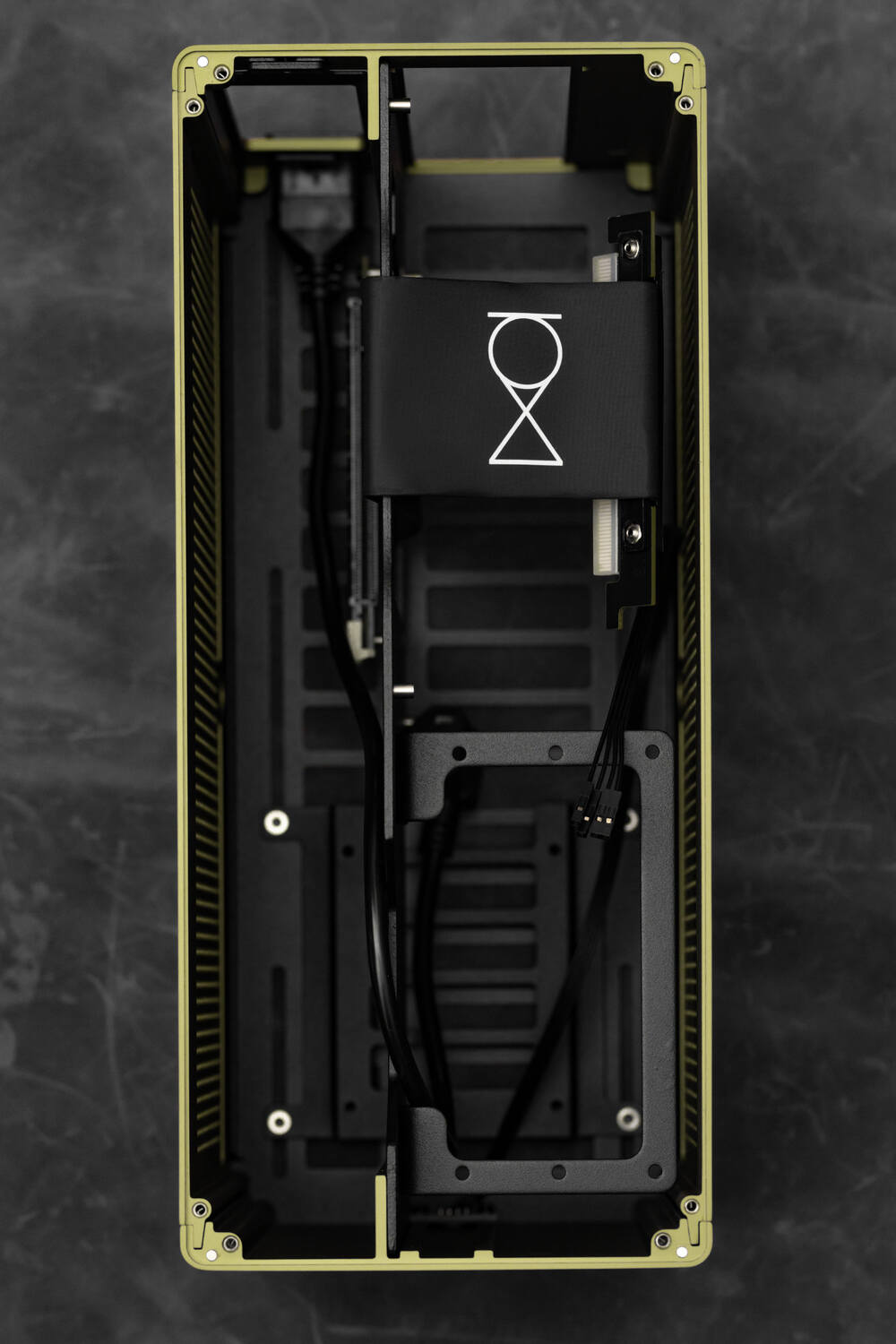 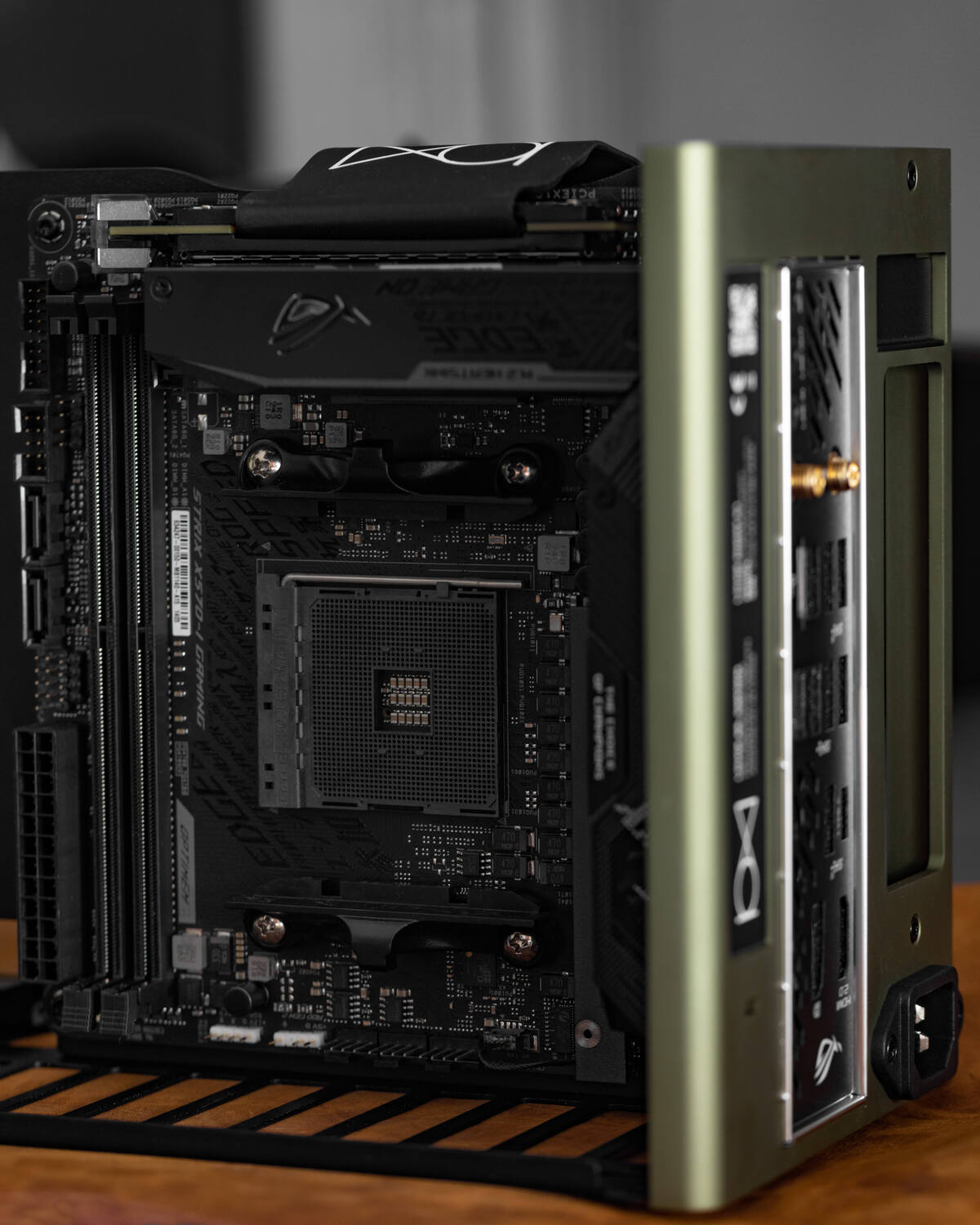 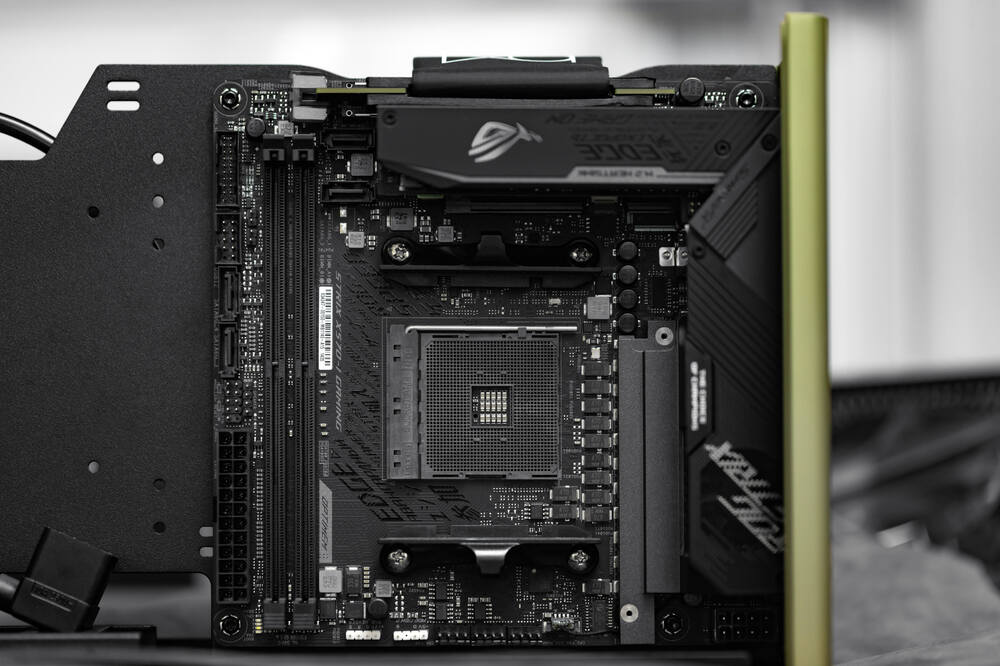 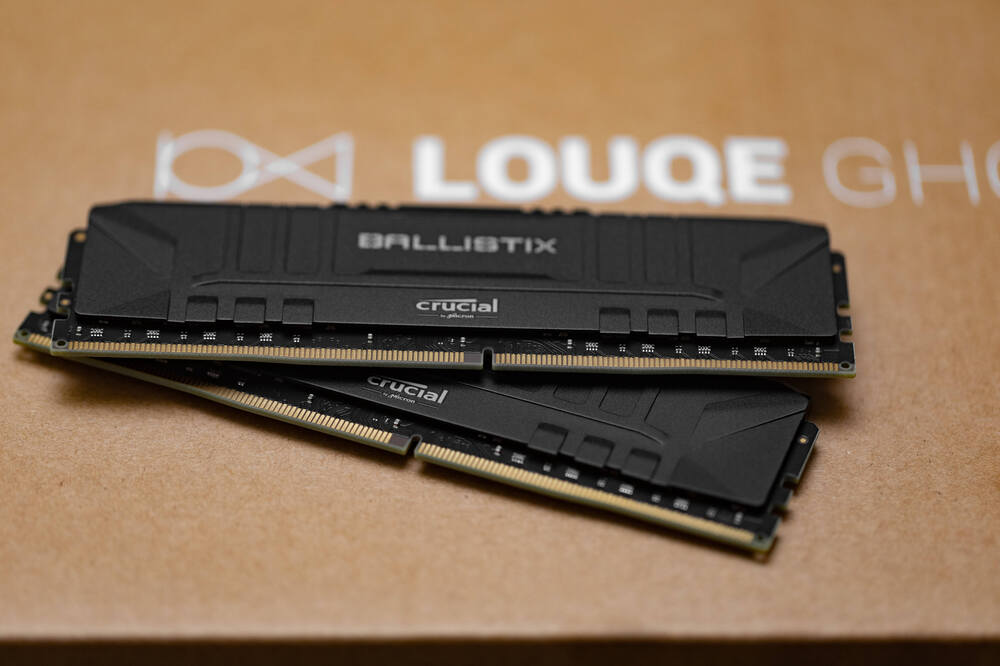 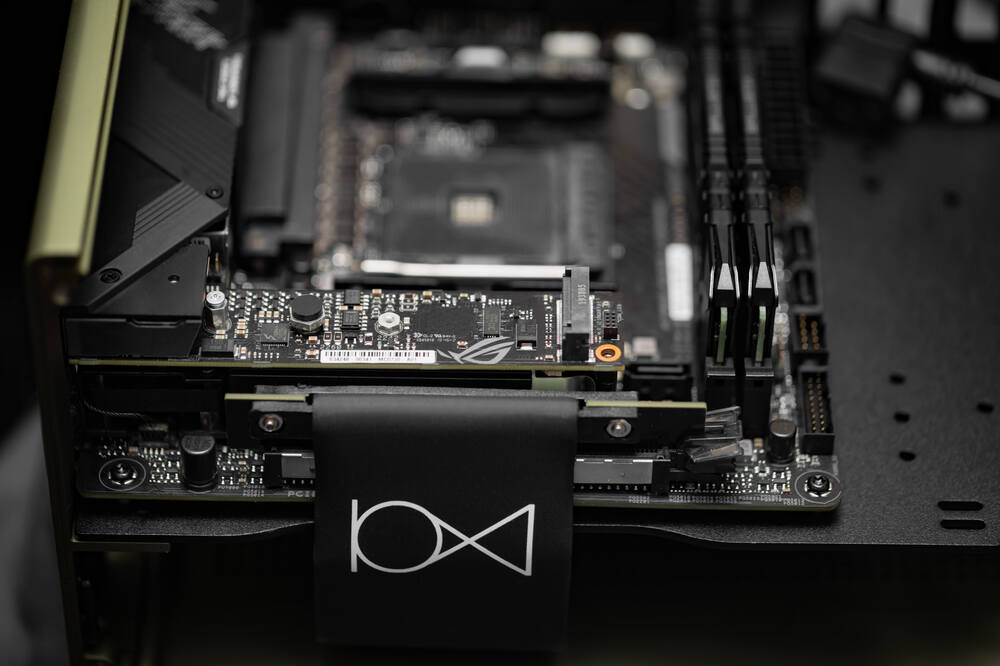 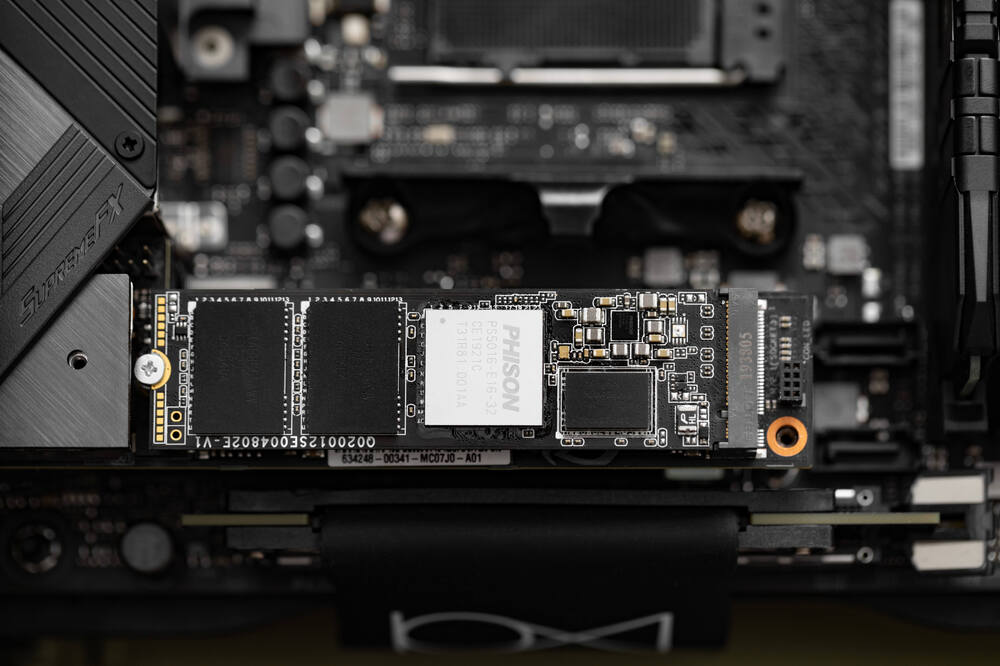 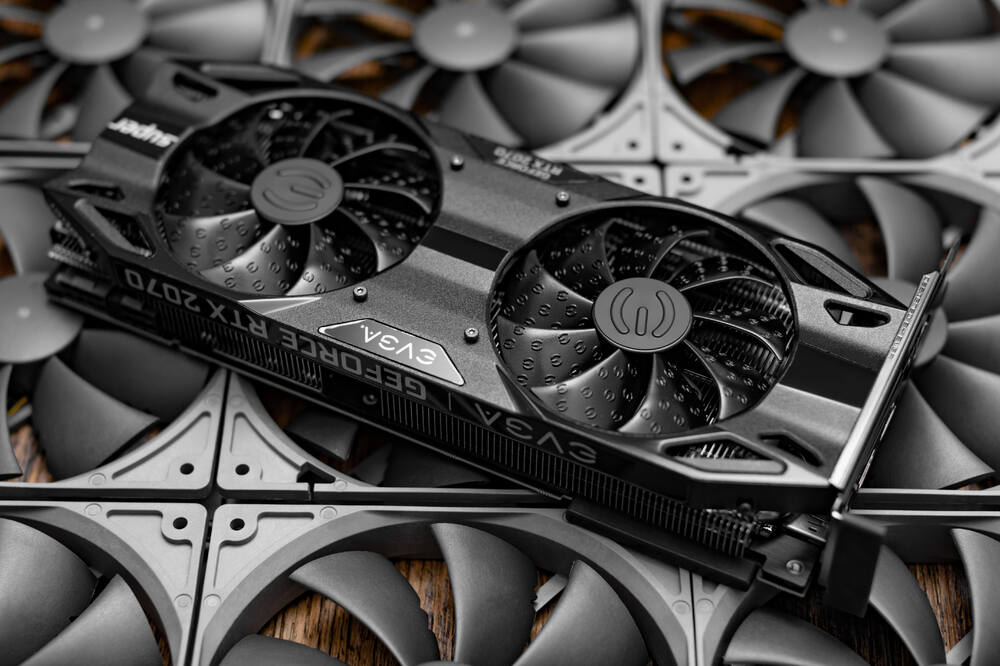 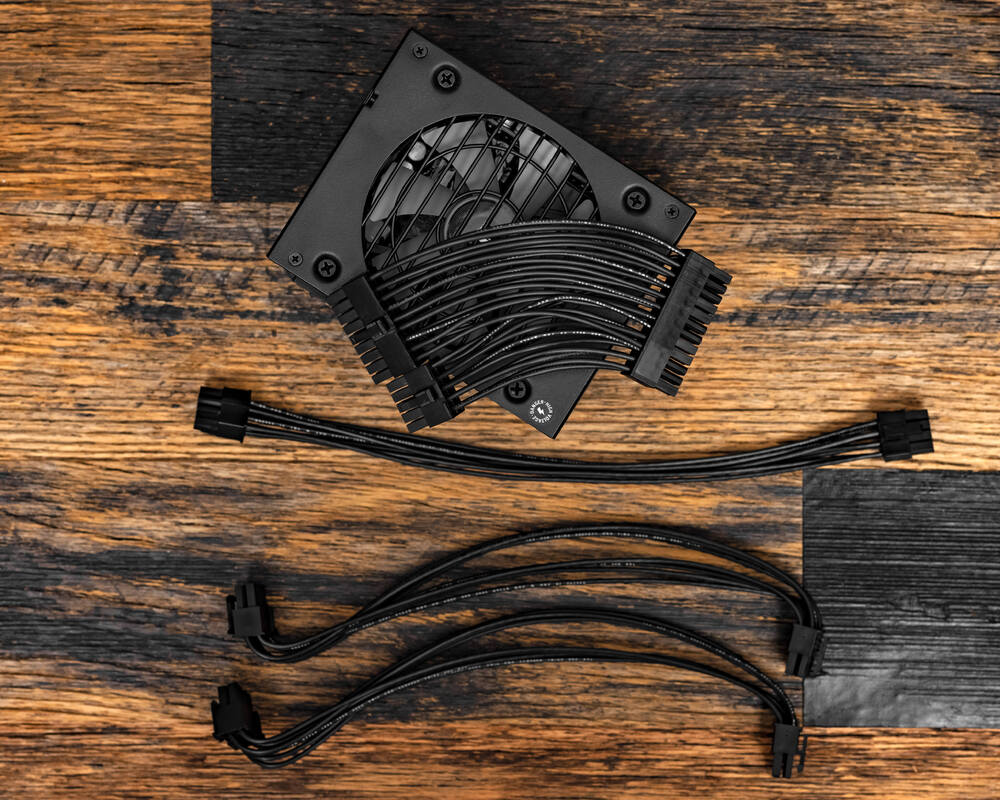 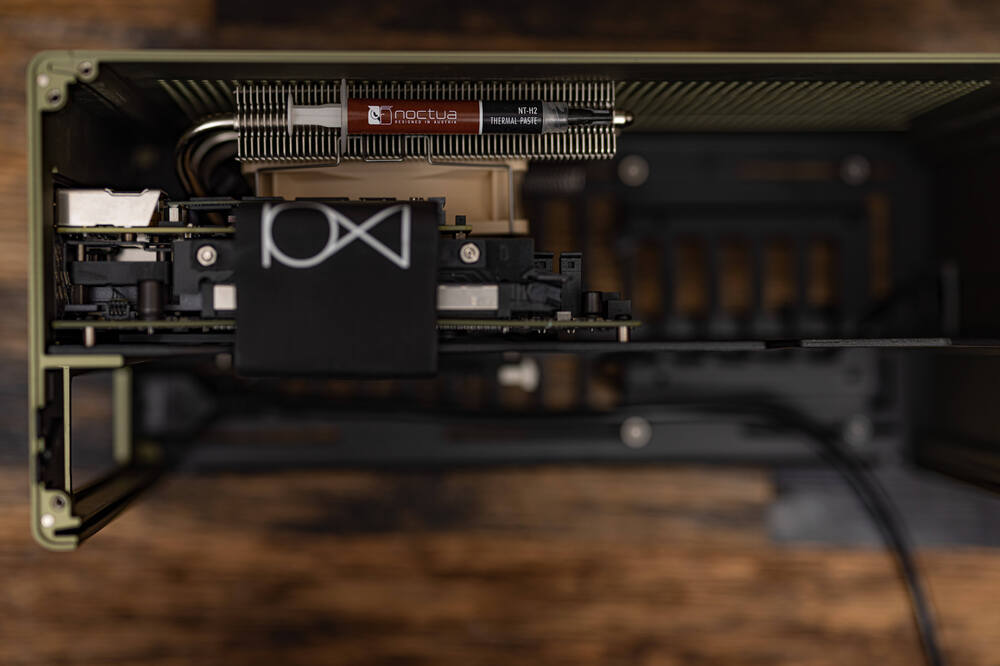 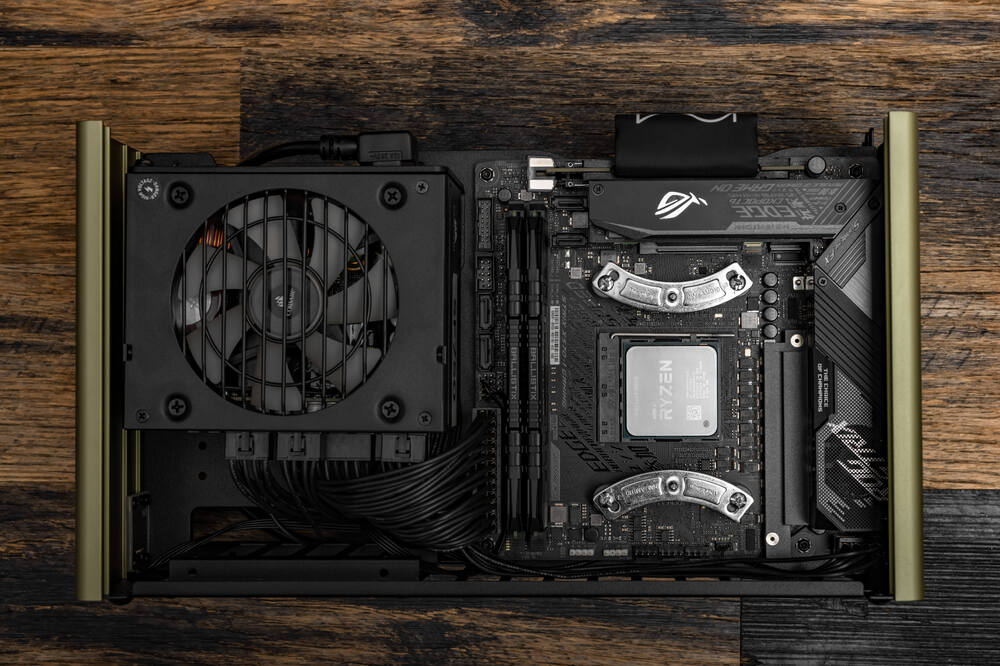 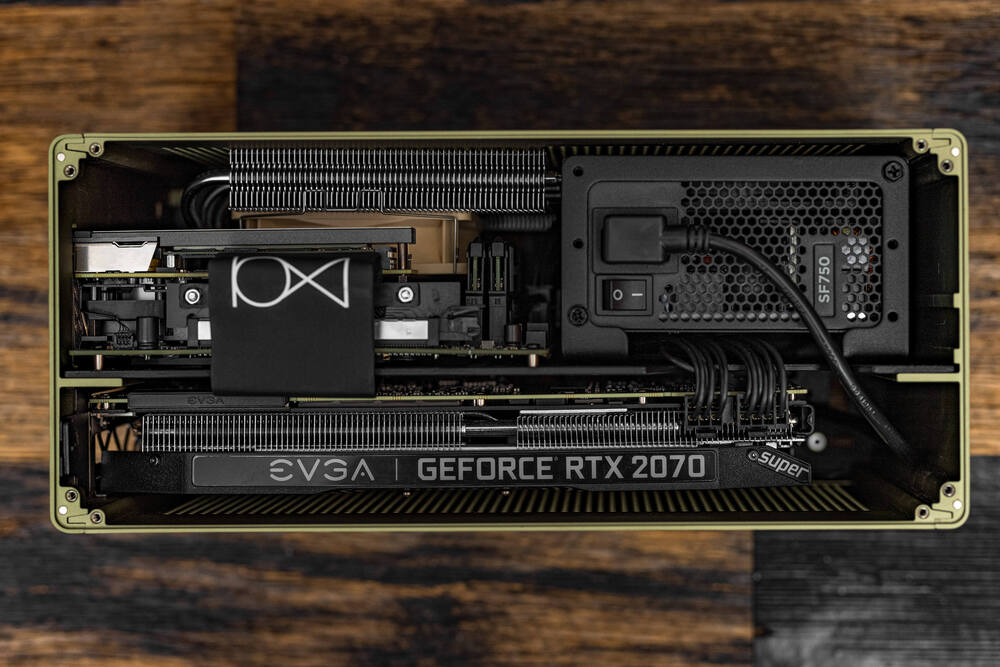 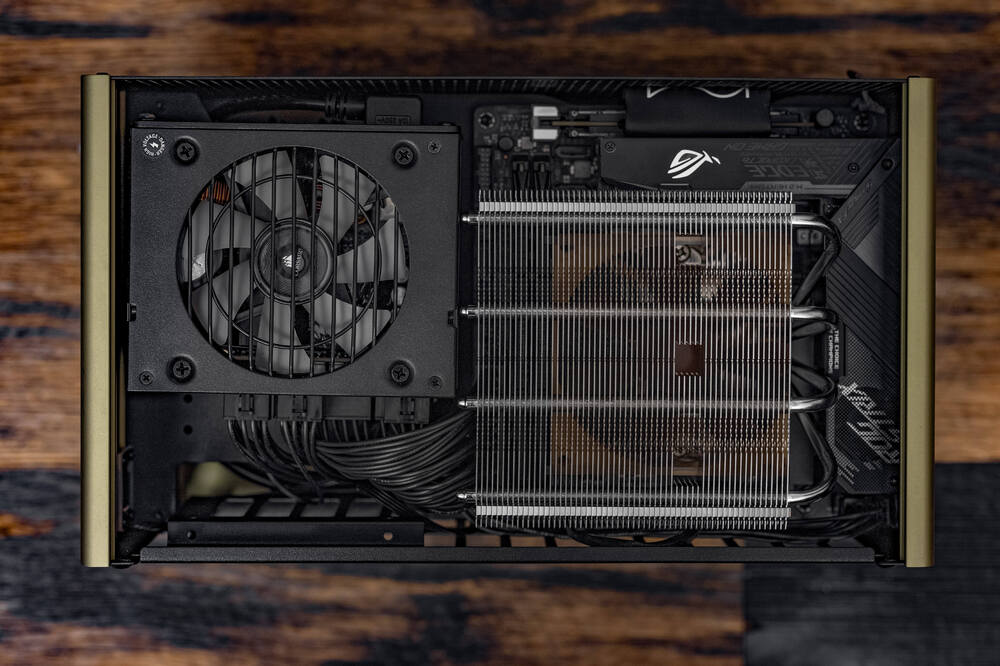 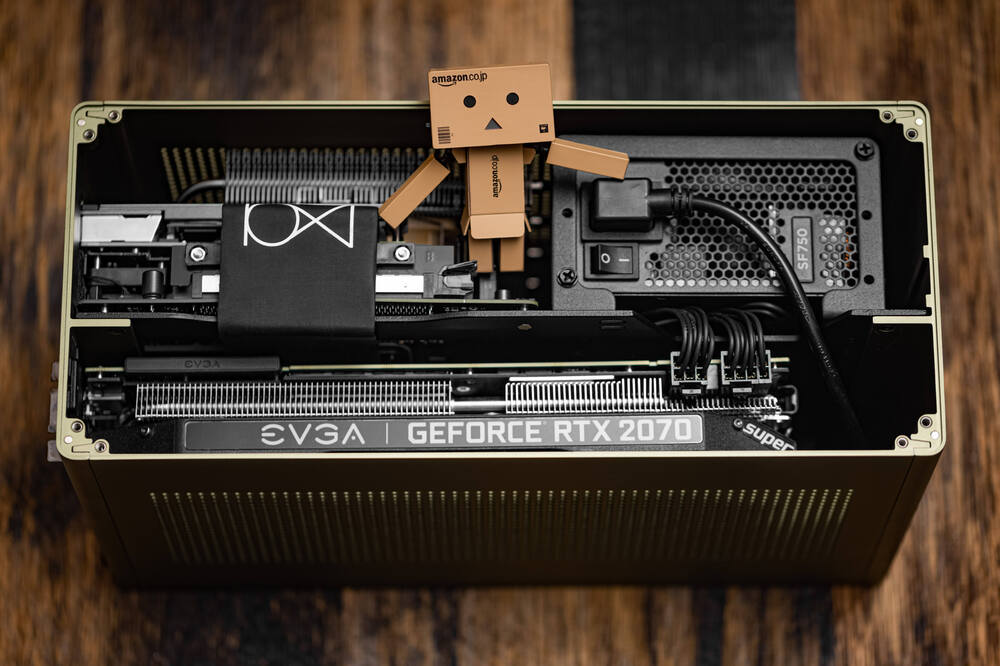 This build is so sexy. If it weren’t for the steep price of the case i would probably go for it

Congratulations on your finalized PC!

Yeah, small batch sff stuff is rough. That’s why I’m so glad that companies like Cooler Master and NZXT are getting into the space. The more eyes on the niche, the more volume is possible.

My guess is he just have a nice paying job and few expenses. This allows for this sort of thing.

That build looks really slick, the Ghost is one of the best cases out there for a LAN build. Since I am not made of money I am thinking about investing in the Velka 7 myself - 6 liters, no-nonsense build that really makes efficient use of space, and supports tall GPUs.

Currently I can only think of three extension cards that even make much sense anymore, those being GPU, NIC (especially for later down the line) and extra NVMe storage. Maybe it is time to start looking at thinner mATX cases again?

@wertigon Thank you! Yeah, case choice in the instance really just came down to "Oh shoot! These are in stock on Amazon?!?!?"

I was going to get another NCase M1 and do a custom loop in it, but exploring other cases seemed like a decent idea. 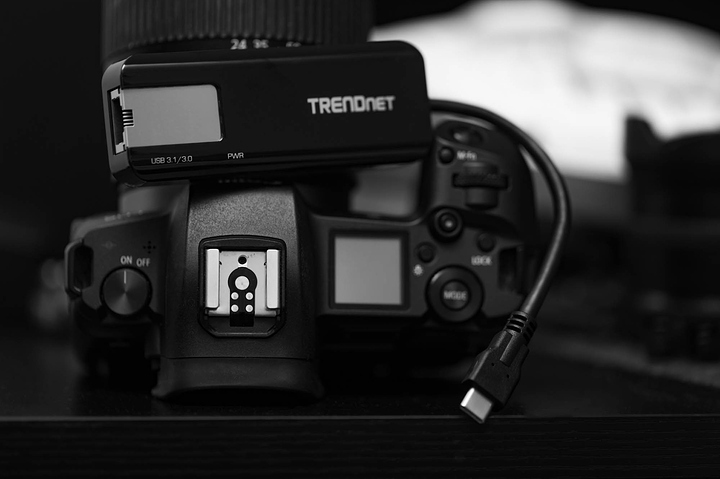 I’m using a 5Gbps USB-C dongle for now since putting an a 10 gig really wasn’t a thing. Can’t wait til they start making 10G standard on ITX. Of all places, I think that’s where they should be standard since no expansion typically. 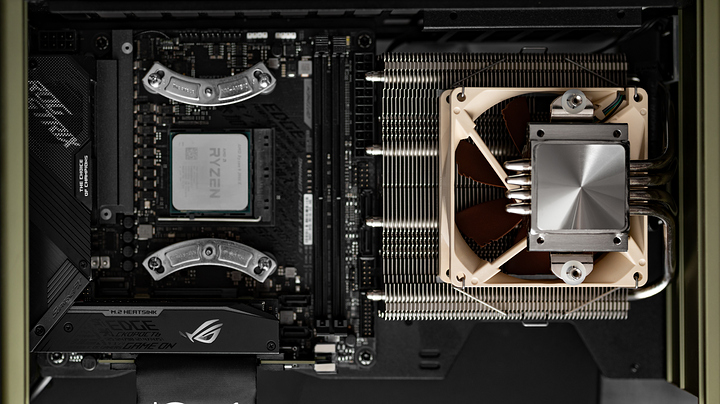 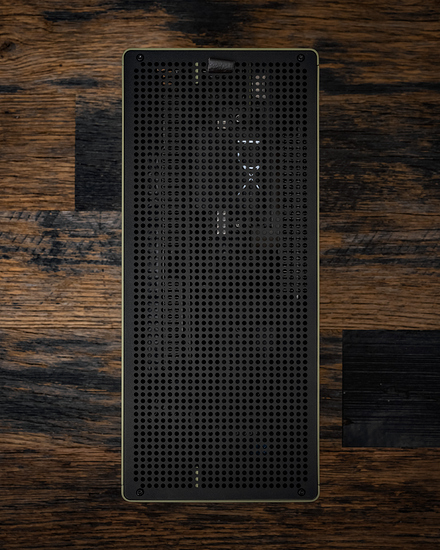 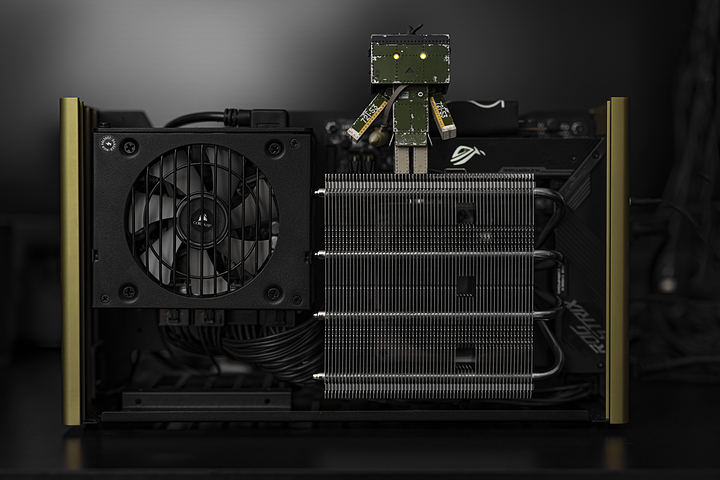 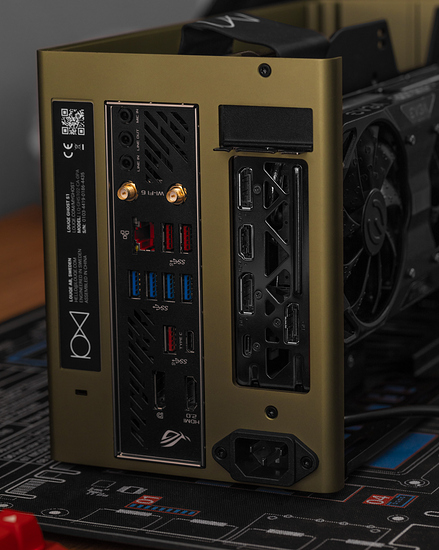 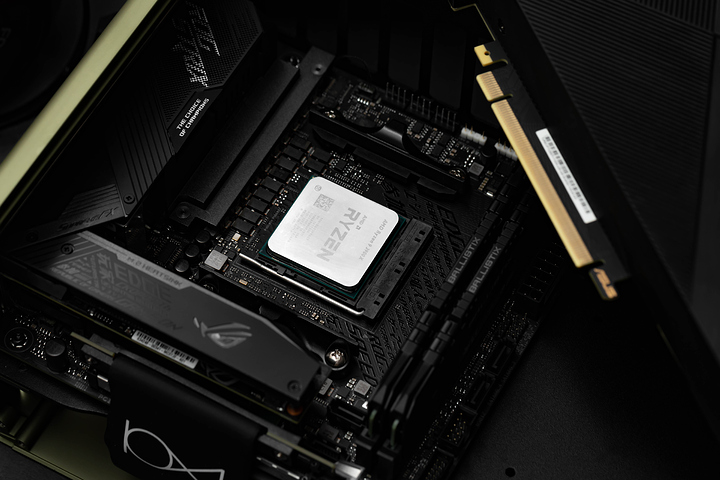 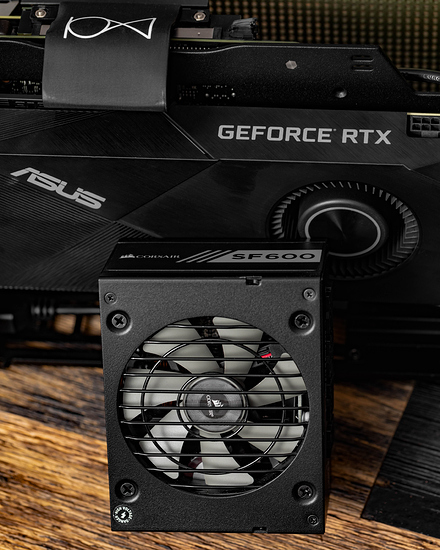 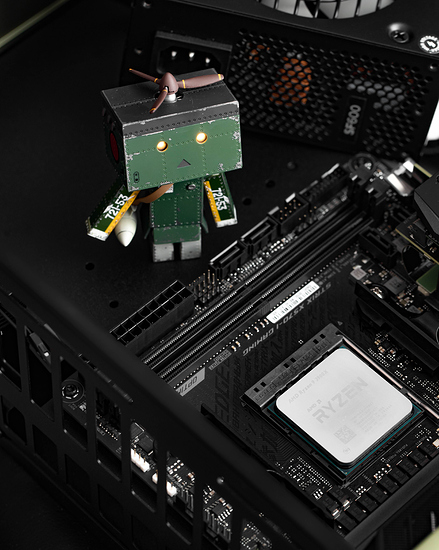 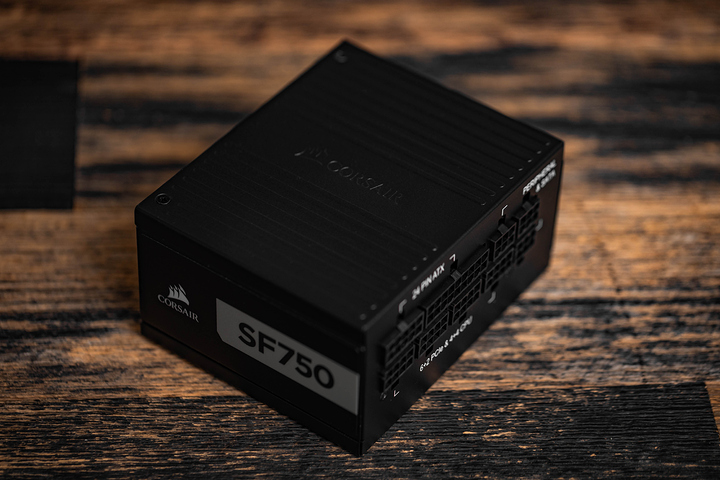 Whoops. I skipped a bunch of photos when I was making the build log. 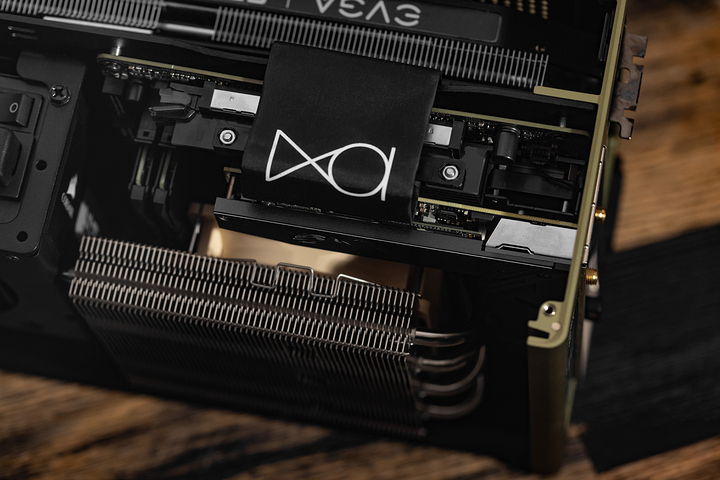 Are you happy with the temps and the acoustics of the build? If this cooling setup is sufficient, I see no point going to water-cooling for a build-and-forget pc, right?

I didn’t mean I was changing this build to a custom loop. I just meant SFF custom loop is a bucket list build for some time in the future.

Yeah, I only meant to ask you if you were happy with the cooling

Yep! So long as I don’t enable PBO (which has negligible benefits in this use case) temps are well controlled and it performs like a champ and does so quietly.

SFF custom loop is a bucket list build for some time in the future.

I’m planning something along these lines for when the 3000 series comes out.

What are the odds that RTX 3000 is a free upgrade?

I kind of want to do an APU SFF loop with the 4700G, but I think I’ll wait til next gen and do a wall mounted media center.

What are the odds that RTX 3000 is a free upgrade?

Honestly, depending on full-cover waterblock availability and pricing, I might just try to snag a 2080 or 2080ti from a Consumer™ and save a buck.

It’s getting back to the point where there’s a compelling upgrade every couple of years again, and while that’s good for performance, it’s better for companies’ bottom lines. We really need to get back to the days of $500 high-end GPUs. This $1400 3090 rumor has me heated.

but I think I’ll wait til next gen

I should really build a computer, but next gen stuff is right around the corner…

Haha, yes. I meanly tell myself “oh next gen.” Just to keep from diving in head first, but Ryzen was just so interesting that I literally never stopped building them lol. I thought I would stop after Threadripper, but then I wanted to see what I missed with the 7980XE lol. Sighhhhhhhhhhhhhhh. 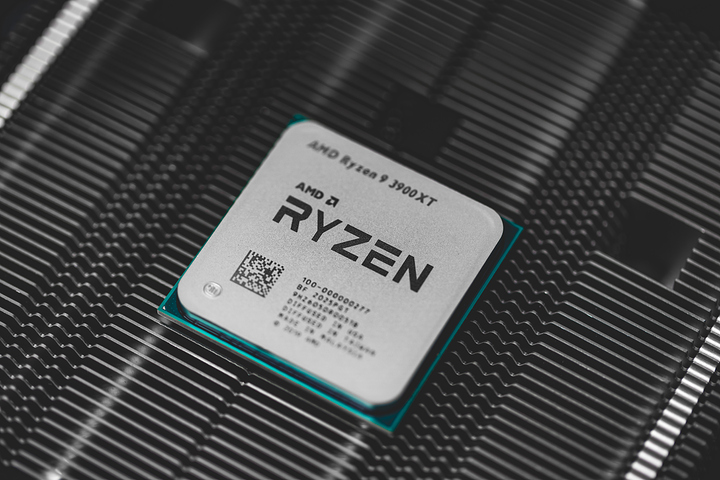 Just chucked a 3900XT in there for… reasons.

How are the cooler handling it?

About to do some panel on testing. Tried panel off full blown PBO first since I had it off. 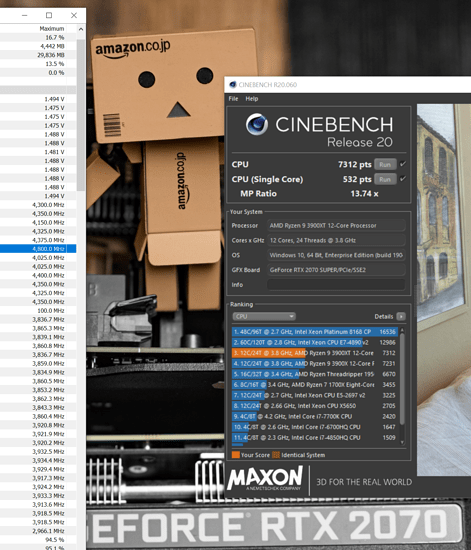 Actually saw 4.8GHz! All core CB20 hit 89C as expected. Going to put the panels off and do some actual real world testing now.