I'm on a budget of 200 euro or 266 dollars and am looking for a gaming rig that will run modern games and have space to upgrade in the future. any help would be greatly appreciated :)

i just want a desktop i can play some modern games on nothing fancy.. a simple "starter kit" if you will :P

With such a low budget, this is probably the best you're going to be able to do:

It should run modern games but not particularly well. For added performance, you could always add one of these and run dual graphics between it and the APU:

The best I could come up in Euros is this:

And that's going to have a lot of trouble playing games. You really do need a higher budget.

That's not a full computer, so you're still going to have to spend money on the parts that aren't included. Not to mention that a Phenom II CPU is going to easily outperform an FX-4100, so it's not really worth the money in the first place.

Pro tip: Don't get anything labeled FX-x1xx. Those are the old Bulldozer CPU's. They suck a lot of power and they don't get any more performance than an old Phenom II. If you find something that's labeled FX-x3xx (FX-6300, FX-8350, etc.) then go for it.

If you can stretch the budget, then this is what I would recommend:

You could always add a Radeon HD 6770 later on for extra gaming performance too.

thanks alot Vortex :) i think ill go with the build you suggested for 300.. would it be able to run games like skyrim, battlefield etc..? sorry im kinda a noob :L

You should be able to play those games on low settings with just the integrated graphics on the APU. You can always add a Radeon HD 6770 to run in dual graphics mode with the APU in order to get better performance though.

If you can afford it, it would be ideal to get an A10-5800K and a nice CPU cooler. That way you would be able to overclock the APU in order to get better performance, and you could always still add that graphics card I mentioned earlier for more performance.

The problem is that the A10-5700 is only going to get an average of around 27 frames per second with medium settings in a game like skyrim. If you have an overclocked A10-5800K it should jump the average framerate up to around 35 FPS. Adding that graphics card an running it in dual graphics mode with either APU would probably almost double the performance though.

These benchmarks I'm looking at are at a resolution of 1920x1080 though, so if you're running in something lower than 1080p, you should have no problem at medium settings even without the added graphics card.

As a rule of thumb you generally want at least 30 frames per second for a game to be playable. The lower the resolution or graphics settings, the higher your framerate is going to be.

And then he can get a thermal compund removal kit (or alcohol) and some fresh paste.

I have a feeling the AMD stock cooler will do better than that, considering it's basically the same thing but with heatpipes. 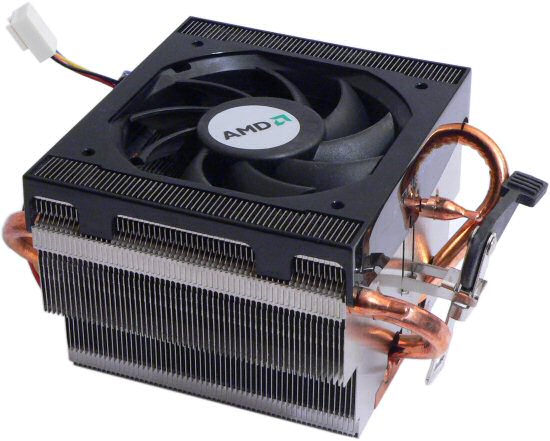 Now I feel sily for using that rosewill one. I did not even look over the stock heatsink when I got my cpu.

Least the rosewill has a braided cable.