... I dont think there is any comming back from this for the publisher / developer, the reputation damage is way off the charts

Arkham Knight PC Is Still Broken And Will Be For A ...

We’ve been waiting for Warner Bros. to release a huge patch for Batman: Arkham Knight on PC to address the game’s huge technical shortcomings, but it’s not coming for another “few weeks.” Last we heard, it was supposed to come out this month.

You would think they'd do it right this time, guess not cause it sounds like half assery inbound 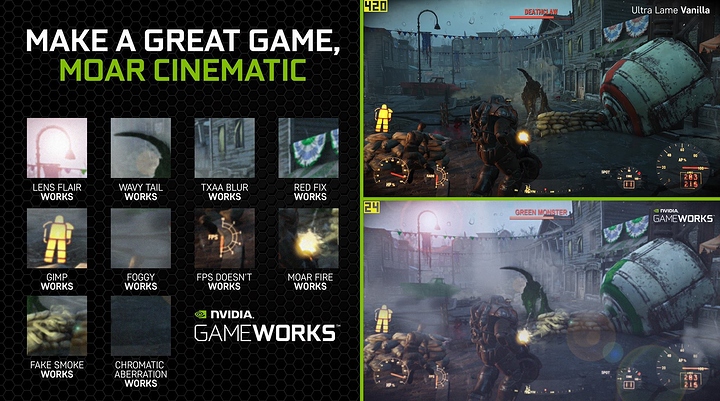 That's gameworks for ya. And developers continue to use it. Get Rekt

Nvidia gets a pass on this one from me, I think it was broke BEFORE they got their hooks into it.

For some reason Nvidia always gets a pass... Remember Unity? Works... You know GTA V? That game, everyone j*zz their pants for? Yeah, people with 980 report low framerate...
Why does Nvidia always gets a pass?
I am not defending WB... Not at all... But still...
Ubisoft is capable of good games. We all know that. WB can make good games as well. Mad Max and Shadow of Mordor works just fine... Not Batman.
Why? Well, game not works...

Dude, I am number one amd fan here, i would normally be the first to sh*t stir against nvidia

and even I say nvidia gets a pass on this one

this game tanks even without gameworks so go easy

Hey, have you seen the latest batman comics? It's called Arkham Knight...
Consoles are all amd based with GPUs 7850 and 7870, 270 and 270X respectively.
And they run the game better than high end PC...
It's not the biggest deal in the world. It's just another one...

It's still broken? Wow, I guess they are slow learners.

So true. The fact it was outsourced to a developer that was primarily known for developing on last gen consoles and iOS (IIRC). On top of that they tasked 12 people to handle the pc port, we shouldn't be surprised about this really.

Arkham Knight is still broken on PC for many people...

Good ol' Warner Bros..., Arkham Knight. Four months after its half-arsed and broken PC port, Batman: Arkham Knight has finally been opened up for sale again on Steam. Except there are still major problems with the game. Because of bloody course there ...

sorry for that, stupid error

btw non gameworks smoke effects are laughable in this game, reminiscent of a game from the 90's

well, duh.... we need to show you how much better it looks with gameworx...

again, i think it was more to dev lazyness but you could be correct

rotating zooming bitmaps that fade out ?

That made me laugh

well... not that bad, but very poor

I take that back, just went close to a fire to watch the smoke and it was exactly how you describe

There was some rumors about FF7 coming on PC... I don't really know what's going on there, but it would be really nice to be able to play it on PC... God knows I'm not buying PS4 for FF7... And this cyber dinosaur game...