Hey again,
Having a complete empty brain on what to do now. Macbook 2008 late aluminum body that won't boot at all.
I made a last thread about my DC connector being fried and in that situation i bought a new part for it and put it in and no luck at all.
I take everything and i mean EVERYTHING apart to see whats wrong hell i even replaced the compound which actually looked like it need some new paste, but now I'm stumped and do no know what to do.

The TL;DR sum up


what have i done

Any help in this would be appreciated.

Also link to thread of the pcb fried

Is this PCB fried? Laptops & Netbooks

Took apart my mac because of not charging issues and saw this on the connector [image] So is it that its dust or is the PCB is fried? 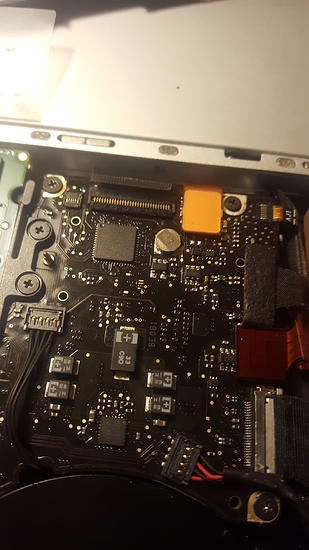 Give this a try.

Reset the System Management Controller (SMC) on your Mac

Learn when and how to reset the System Management Controller (SMC) on an Intel-based Mac.

Ahhh was waiting on someone to ask that, since its removable battery i have to press tbe power button for five seconds which i did but didn't work.